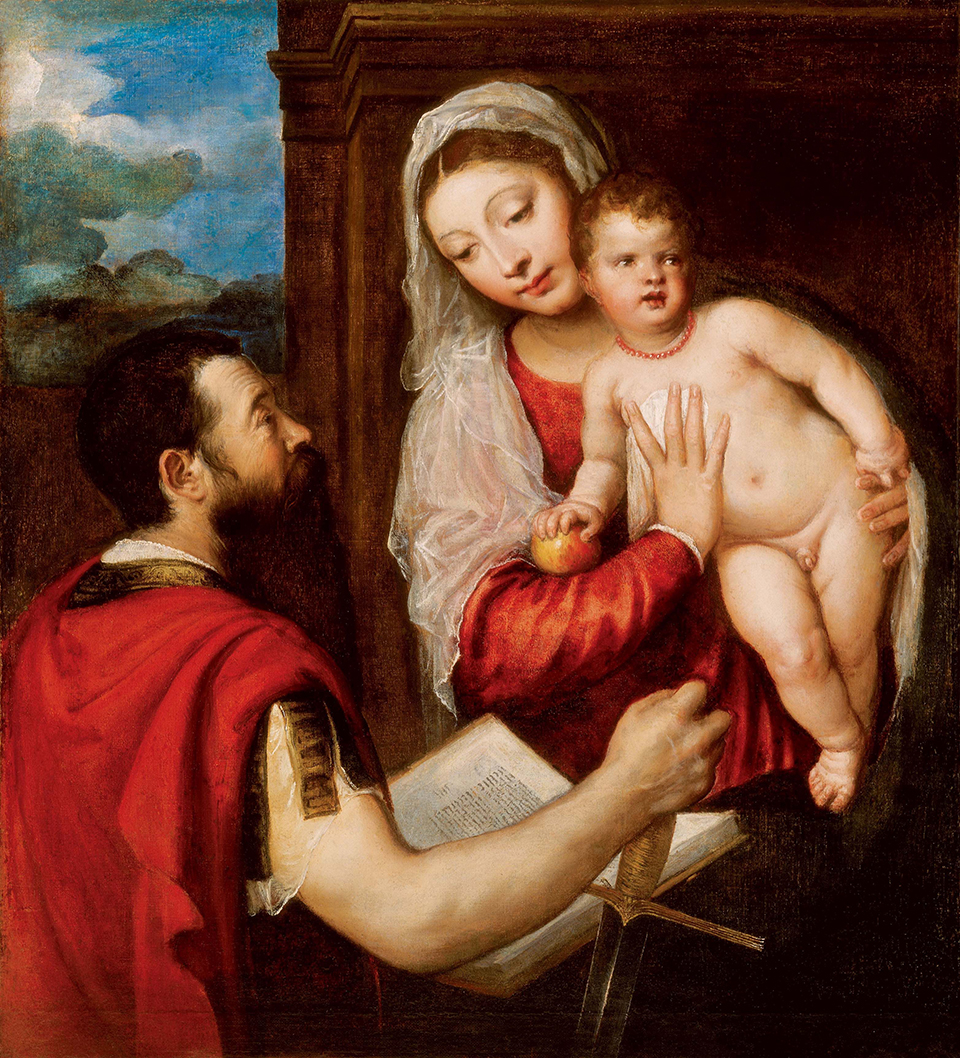 As anyone who attended the recent spring auctions at Christie’s and Sotheby’s will tell you, it’s pretty hard enough getting your hands on good art at decent prices these days.

But it’s going to be even harder if this ever becomes a trend.

Hungary’s central bank has just spent $15.8 million on a painting by the 16th century Venetian master Titian, showing the Madonna and Child with St. Paul. just shy of the world record paid at auction for a Titian painting set in 2011, when an unnamed bidder paid $16.9 million for a similar Madonna and Child composition (with Ss. Luke and Catherine), but only a fraction of the $77 million that the U.K. government paid the Duke of Sutherland in a private sale six years ago for “Diana and Actaeon”–admittedly a far grander masterpiece.

The acquisition is the bank’s biggest yet in a $100 million program designed to keep valuable artworks in Hungary. It’s the only painting in the country to be painted by the late Renaissance artist.

But the deal that raises some interesting questions. For one, the National Bank of Hungary (MNB) hasn’t disclosed the identity of the seller, a private Hungarian collector, nor any details as to how the two parties agreed on a price. Given Hungary’s relatively poor record with corruption, the sight of a public body handing over millions to an unnamed private citizen isn’t one to inspire confidence. Nobody was available at the MNB to give any more details about the purchase Friday.

The painting came to light in an auction at the Nagyhazi Gallery in Budapest in 1995, having survived the postwar Communist period in the hands of a family in Pecs in southern Hungary. The family appears to have been unaware of its provenance. Under Communist rule, all significant works of art were transferred from private hands to the state. It was subsequently authenticated by the Hungarian art historian Vilmos Tatrai, and was resold by the same gallery again in 2005 for 140 million forints (around $7 million at the time), according to artmagazin.hu (h/t Wall Street Journal’s Budapest bureau chief @margitfeher)

There’s also the broader question of whether the central bank of a country should be collecting art in the first place, even if the end result is, as planned, to put it on permanent public display in a museum (in this case, the Szepmuveszeti, the Budapest Museum for Fine Arts).

It’s certainly easier for the MNB than for the government to push through deals like this, given that it is largely immune from the scrutiny of parliament. But central banks usually trade off independence for a narrow and rigorous focus on managing monetary policy. Pursuing the government’s cultural agenda doesn’t usually fit into that.

But then, why not? The MNB’s $40 billion foreign reserves are otherwise held in low-interest bearing securities in euros and dollars. Even the MNB’s whole program size, of $100 million, isn’t a great deal in the world of central banking, and art has held its value better than either the dollar or the euro since 2008. There is no viable alternative bidder to preserve the painting for the nation, and there is a pretty good chance that, if it leaves the country, it will rarely, if ever, be seen by any Hungarians again.

As for art buyers around the world, well, they can just be thankful that it’s only the central bank of a relatively poor and financially weak central European country dabbling in the market. Data published by the by the People’s Bank of China Friday showed that it had bought 604 tons of gold (current market value: $21 billion): in the last six years in its efforts to diversify out of dollars. It could have bought all the Mark Rothkos it wants with that.