To save Greece, let’s put its debt on ice 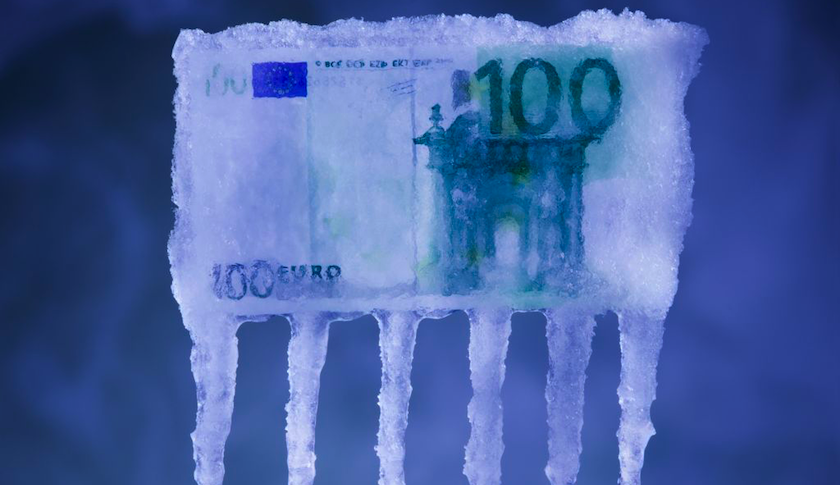 Greece gave up too soon. By voting to accept harsh new austerity measures Wednesday night, simply on the hopes it might receive another bailout from its eurozone partners, the Greek government unnecessarily condemned its people to further economic misery. While a few of the measures, adopted at the behest of Germany and other core eurozone members, may produce positive economic results down the road, the bulk of them are highly regressive and will only make things worse for the nation’s weakened economy.

Its capitulation is the latest episode in what feels like a never-ending round of back-and-forth between Greece and its eurozone partners. But after years of sitting on the sidelines, the U.S., under the aegis of the International Monetary Fund (IMF), may be tiring of the game. In a memo leaked to the press earlier this week, the IMF essentially said that Greece needs debt relief, not further debt restructuring.

But since Greece has already signed off on all those ugly austerity measures, including a devastating increase in the nation’s value added tax (VAT), it has essentially given up all its bargaining chips. That means it is now up to the U.S., through the IMF, to come up with a suitable deal for the Greeks before things get worse.

How things end up shaking out will largely depend on how committed the U.S. is to putting an end to the crisis. On some level, the U.S. has benefited from the economic malaise that has gripped the eurozone for the last five years, allowing U.S. businesses to attract capital that might have otherwise gone to companies on the other side of the pond. It has also, in part, permitted the U.S. government to maintain its super-low interest rate policy, thus allowing it to fund its massive debt pile on the cheap. The cash that the government saved in interest helped it keep taxes down and fund key economic stimulus projects.

But the party is ending. Europe finally introduced its own version of quantitative easing this year that has weakened the euro vis-à-vis the U.S. dollar. Greece’s troubles have exacerbated the correction, sending the euro-dollar exchange rate to levels not seen in years. That’s great for U.S. tourists tramping through Europe this summer, but it’s bad news for U.S. exporters. A survey of CFOs conducted by Duke University and CFO Magazine earlier this year found that approximately two-thirds of U.S. firms with at least one-fourth of their total sales overseas were feeling a negative impact from the rising dollar. As a result, nearly one-fourth of those large exporters say they have reduced capital spending at home.

If the Federal Reserve raises interest rates, as it is expected to do so in the next few months, things would go from bad to worse—the dollar would appreciate even more against the euro, borrowing costs would go up in the U.S., and more businesses would rein in spending. The result would be slow or negative economic growth, something the U.S. cannot afford.

It is therefore in the U.S.’s best interest to stabilize Greece before things really spin out of control—hence the IMF letter this week. So who or what is standing in its way? That would probably be the large international banks that hold and trade Greek debt, along with Germany, whose export-led economy has benefited greatly due to the weakened euro.

The U.S. needs to strike a balance whereby the euro remains somewhat weak to appease Germany, but not too weak that it hurts its own economic growth. It also cannot devalue Greek debt to such a degree that it really stings the banks that are holding and trading it. To do so might cause panic in the European banking system—and no one wants that. Lastly, it needs to make sure Greece is left strong enough so that it could eventually climb out of all this mess.

So can the U.S. accomplish this balance with Greece still in the eurozone? To be sure, Greece should have never joined the euro. A developing country—which Greece is—cannot attract adequate capital to grow its economy if it has the same monetary policy of an advanced economy, like Germany. Nevertheless, the country has foolishly stayed in the single currency—mostly out of stubborn pride.

But while Greece’s membership in the eurozone isn’t ideal, it isn’t a death sentence, either. All that money it borrowed helped modernize the country, giving it the tools it needs to be a fully developed economy. Many of the austerity measures being forced on Greece by the eurozone are meant to move things along by modernizing (i.e. Westernizing) Greece’s financial system. But such a change requires a shift in the Greek mindset, which, while possible, won’t happen overnight and certainly not under duress.

The U.S., through the IMF, needs to convince Germany that solving the Greek crisis is a process that will take time and won’t be solved by keeping the country shackled to its debts. But extinguishing or “forgiving” Greece’s debt isn’t the answer. The solution is to place the debt in forbearance, whereby both principle and interest payments would be delayed to some future date—possibly out 30 or 40 years. The interest rate on most of Greece’s debt is extremely low—less than 2%—so it could be capitalized while in forbearance without causing much of a burden whenever Greece started to repay the debt.

Investors holding Greek bonds wouldn’t be happy, as the extended duration would cause bond values to drop, but at least they’d be getting something. Banks that initially issued the toxic Greek debt or were caught holding it when the crisis broke out in 2010 have already sold off most of their holdings at attractive prices, mainly to the European Union. Those banks holding the debt now are mainly speculators who picked up the distressed bonds way after the fact at pennies on the dollar, but many could still walk away with a profit. The real losers would be European taxpayers, but at least they wouldn’t be totally wiped out. In any case, Greece’s debt amounts to just 0.25% of the eurozone’s combined GDP. Absorbing that loss wouldn’t cause the 19-nation bloc to keel over.

The forbearance would give Greece the time it needs to modernize its economy and bring it up to “Western” standards. Greece would stay in the euro as a weak member, but not so weak that it dragged the value of the euro down, hurting U.S. exports. Germany would get a euro that is weak enough to keep its artificial export economy alive and save face at home by claiming that Greece wasn’t being let off the hook. It’s still a plan comes with sacrifices, but the amount of heartache it would save more than offsets them. And that is what compromise is all about.