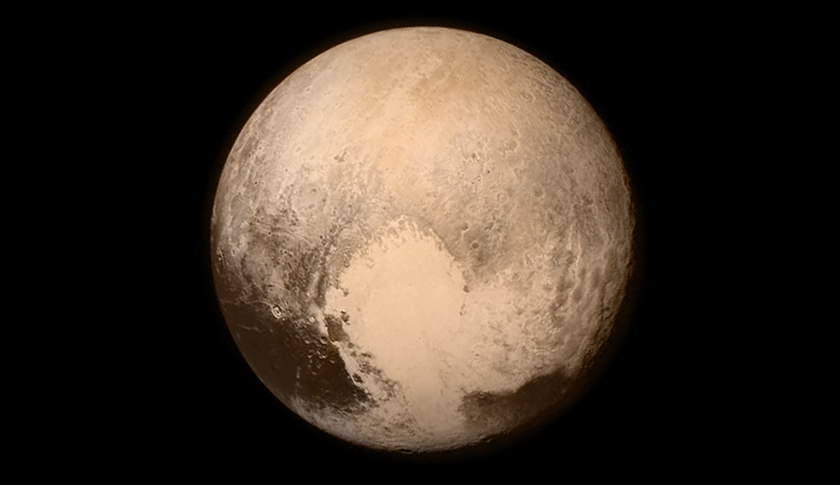 It’s no surprise that NASA is calling the mission a success for being the first space project that has sent a vehicle to explore a world so far away from Earth. Scientists will be using the data gleaned from the spacecraft to learn more about the mysterious dwarf planet Pluto and even its many moons.

But considering Pluto is so far across the solar system from Earth, it’s going to be a little while before scientists can start studying images, atmospheric data, and the like to help them better understand it. Now comes the waiting game.

It’s going to take around 16 months for the spacecraft to send back to Earth all of the data its been storing for the past ten years, NASA estimates.

For Jeff Moore, a research scientist and planetary geologist at the NASA Ames Research Center in Mountain View, Calif., he expects that the bulk of the data he wants to study won’t be beamed back to Earth until late this fall or early next year. Moore leads the New Horizons geology and geophysics imaging team whose job is to study Pluto’s surface and learn how the dwarf planet’s terrain came to be.

The first set of images and data sent back to Earth excited the team, with Moore saying that they already indicate a “huge diversity of geological landforms on the surface.” From the data New Horizons is collecting, Moore’s team can piece together whether certain increases of elevations indicate sand dunes or another type of ridge, for example.

The team can basically build finely detailed topographic maps to determine what the depths and heights of Pluto’s terrain. Once all the imaging data is analyzed, they can then determine how that terrain was shaped over the years and the kinds of natural processes like volcanic eruptions that may be reshaping the landscape.

To analyze the pictures, his team will use a planetary image processing software system called ISIS, developed by the U.S. Geological Survey and used to study space images since 1992. The software system is used to process a variety of NASA space imagery, including pictures taken from the Mars Reconnaissance Orbiter and Lunar Reconnaissance Orbiter.

You can think of ISIS, which stand for Integrated System for Imagers and Spectrometers, as far-more complex version of the Adobe Photoshop program tailored for space and planetary pictures.

The goal is to present a geological history of Pluto. “We now know Pluto has some surfaces that are a billion years old,” Moore said. However, Moore and his team won’t be able to fully dig in to all of the pictures and data New Horizons is collecting as of yet.

The spacecraft was outfitted with two 8 gigabyte solid state drives to store data and contains an on-board processor that can compress, reformat, and sort the information similar to how a digital camera works with a flash memory card, according to Johns Hopkins University Applied Physics Laboratory, which helped develop and build the spacecraft. The two solid state drives housed on the spacecraft contain roughly as much storage as two older iPod Touches.

However, all of that stored data is being “sent to the earth as the same speed as 1990s phone modem,” said Moore because of the small radio antennae used to transmit the information. NASA chose the antennae because of budget constraints.

The antennae sends back high-quality images and information to the data centers of NASA’s Jet Propulsion Laboratory, where it then gets ferreted off to the Johns Hopkins Applied Physics Laboratory where NASA has some internal data centers. While NASA does use Amazon’s cloud-computing service for some powering some of the agency’s Web infrastructure like the NASA.gov website, space projects like this one are still being handled on internal data centers.

And while the speed it takes for data to be sent from space to Earth may not be fast enough for instant gratification, it’s enough for the team to work with.

“We can’t do our job into the data is available,” said Moore regarding to the scope of his team’s project. “Having been involved in this mission since the late 1990s, I can wait a few more months.”

For more on NASA, check out the following Fortune video: