Greece May Have to Sell Islands, Ruins Under Bailout Deal 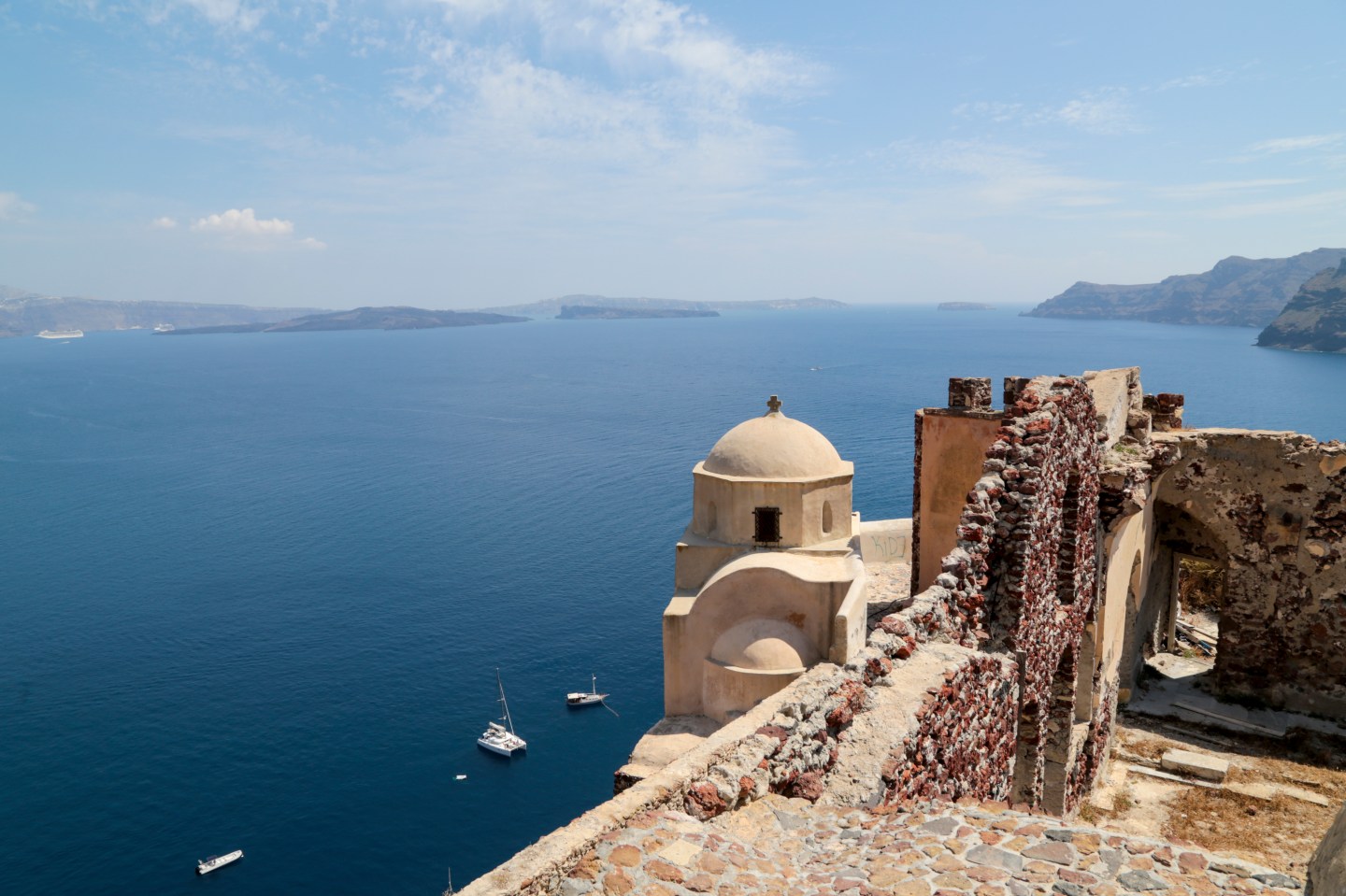 Of all the aspects of Monday’s bailout deal that Greeks found humiliating, nothing drilled into their sense of pride quite like their government’s promise to sell off “valuable Greek assets” to the tune of 50 billion euros. The seven-page agreement, which European leaders thrashed out over the weekend, made no mention of where Greece is supposed to find that much property to sell. But as they scrambled for options, officials in Athens saw no way around the blood-curdling prospect of auctioning off Greek islands, nature preserves or even ancient ruins.

“It’s an affront,” says Georgios Daremas, a strategist and adviser to the Greek Ministry of Labor, Social Security and Social Solidarity. “It’s basically saying sell the memory of your ancestors, sell your history just so we can get something commercial for it,” he tells TIME on Monday. “This is an idea to humiliate Greeks.”

The idea of locking up Greek assets in a special fund emerged on Saturday from Germany, the biggest and one of the least forgiving of the creditor-nations involved in the talks. In order to guarantee repayment on loans to Greece, the German Finance Ministry even suggested moving the titles to Greek assets to an “external fund” in Luxembourg so that Athens could not renege on their sale. On this point, Greek Prime Minister Alexis Tsipras managed to fight off the Germans on Sunday, though it was one of the very few concessions he managed to get during the marathon talks.

“The deal is difficult, but we averted the pursuit to move state assets abroad,” Tsipras said in trying to put a positive spin on the bailout, which would see Greece take more than 80 billion euros in additional loans in order to stave off bankruptcy over the next three years.

Greek payments on its two previous bailouts were also meant come in part from the sale of state assets. Under the terms of its first bailout in 2010, Greece agreed to privatize around 50 billion euros in property and infrastructure as a way of raising money for its creditors. But only 3.2 billion euros have come from these sales to date. So Germany and other creditors have good reason to doubt the Greek commitment to privatization.

Going forward, Greece will have to stash its assets in a specially created fund and prepare them for sale “under the supervision of the relevant European Institutions,” according to the text of the bailout agreement published on Monday. Asked what kinds of assets the fund would include, Dutch Finance Minister Jeroen Dijsselbloem, one of the key European negotiators in the bailout talks, said “experts” would be brought in to settle this question. “I won’t give you any examples, because it’s not my specialty,” he told reporters in Brussels on Monday.

Most of the examples would have to come from the government’s land and real estate holdings, says Daremas, the government official in Athens. “That may include buildings, possible areas of land, and even islands,” he says. To protect the natural, historical and archaeological value of such real estate, Greece would need to pass laws and empower oversight bodies to make sure that “the new owner does not abuse or damage the property,” says Daremas.

Since Greek islands and plots of land often house ruins from ancient civilizations, some of these may also have to be sold, he added. “Maybe some archeological sites that are not developed,” Daremas says. “But if you have this as a private investment you also have to assume responsibility for developing the site, of course being monitored by [Greek] authorities.”

There are, of course, limits to the privatization of ancient artifacts. The treasures of Greek antiquity, such as the Acropolis in Athens, would never be sold, Daremas says. “That’s impossible. Their value is immeasurable.”

The idea of selling the Acropolis came up early in Greece’s debt crisis. In 2010, two conservative German lawmakers caused a furor in Greece by suggesting that ancient ruins should not be off limits to privatization. “Those in insolvency have to sell everything they have to pay their creditors,” Josef Schlarmann, a member of Chancellor Angela Merkel’s political party, said at the time. Since publishing those remarks, the Bildnewspaper, Germany’s most popular tabloid, has continued to irritate Greeks by asking why the Acropolis cannot be sold to repay debts to Germany.

“This is black humor,” says Natalia Kosmidou, a tour guide at the Acropolis in Athens. “The Germans must have had too much beer.” Although the last five years of economic turmoil have forced Greece to rely on private donors and foreign foundations to help pay for the maintenance and restoration of the Acropolis, Kosmidou says, “the Greek state will always own these monuments, even as the poorest pauper, even penniless.”

Greece has at least been willing to discuss the sale of its islands, however, as many of them are uninhabited and underdeveloped. Joseph Stiglitz, the Nobel-prize winning economist who has spoken out in favor of debt relief for Greece, says the sale of islands could be an important part of the broader privatization campaign. “You could sell them,” he says. “But not a fire sale, because that would be like giving away your patrimony for nothing.”

That would mean waiting until the property market in Greece recovers. “Of course real estate prices are depressed right now,” says Daremas. “It’s very important to have time, and to wait for change in the economic climate to be able to sell them at a fair price.” The Greek promise to sell state assets came with no time limit in the text of the agreement published Monday. But in their hunger for guarantees on this latest package of loans to Greece, creditors in Germany will not be happy to wait much longer.