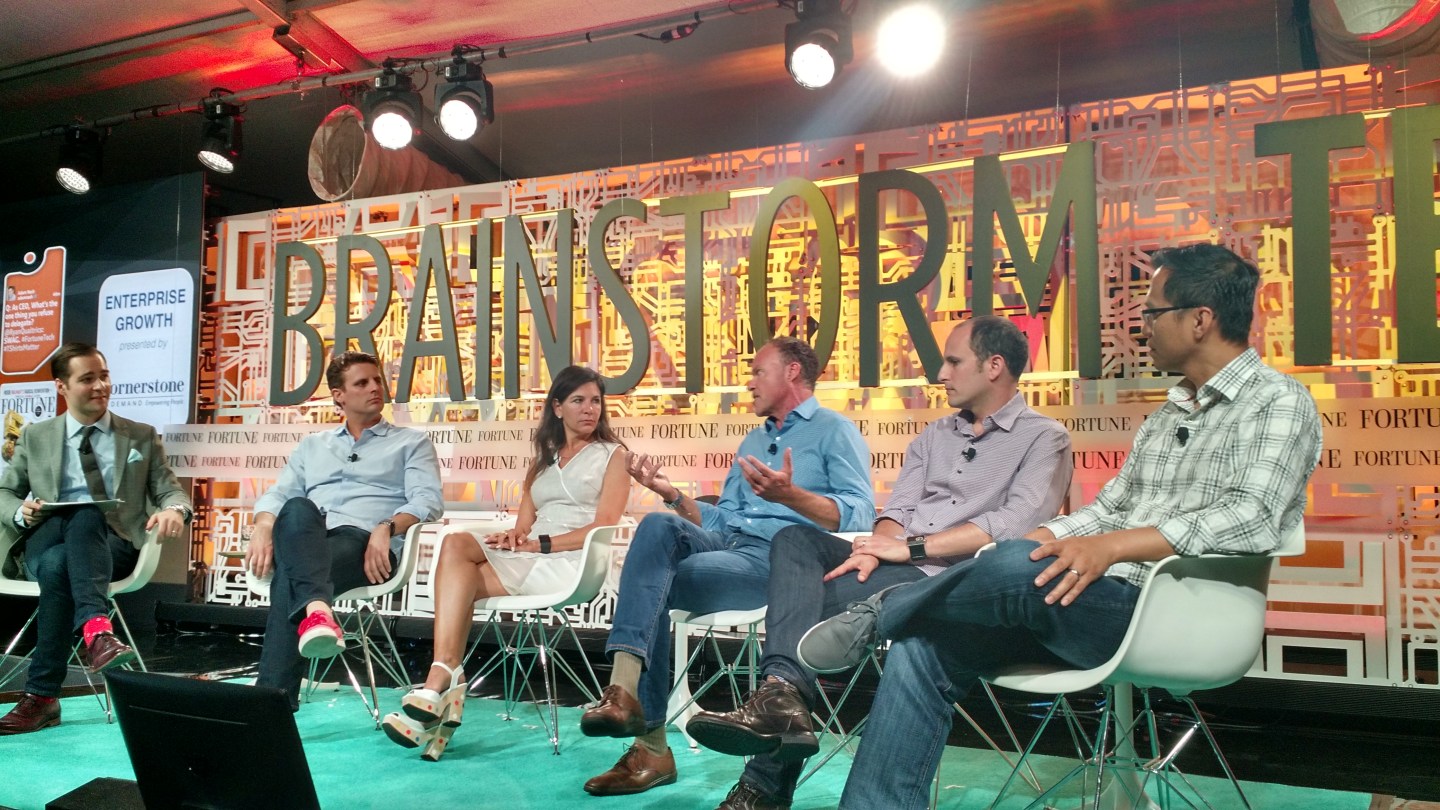 Silicon Valley loves its unicorns, tech lingo for startups valued in excess of $1 billion. And many of them like Uber, Instacart, and Lyft serve customers what they need, when they need it.

Most people credit the emergence of this so-called “on-demand economy” to the ubiquity of mobile phones. But Brian Sharples, the chairman and CEO of HomeAway, the owner of sites for vacation rentals, attributes it to another factor — easy money.

Speaking Tuesday at the Fortune Brainstorm Tech event in Aspen, Sharples brought up the Web 1.0 version of the on-demand economy that included grocery delivery services Webvan and Peapod. The challenge back then was that investors no longer wanted to plow their money into such businesses, which had yet to achieve profitability.

Sharples predicted that there will soon be a similar shakeout in unprofitable on-demand startups, although he admits that some companies have raised enough money that they will be able to survive. “Some of them have gotten so big … Airbnb has about $2 billion on their balance sheet and so if the financing dries up they can keep operating for a very long time,” Sharples said.

Aside from easy capital, Michael Dubin, CEO of Dollar Shave Club, suggested that the rise in the on-demand economy has come about because “it’s fun.” He compared filling out forms on Web 1.0 websites to the ease of pressing a button today on a mobile website and getting an almost instant response. But building an on-demand business can bring social challenges.

The panel covered the challenge of building a billion dollar business on the backs of contract workers. Tri Tran, the CEO of food delivery service Munchery, said that startups must often face this issue because they had to start lean and scale up. Using contract workers is one solution. But even he admitted it is unsustainable.

Sharples predicted that the regulatory interest in these startups would also have a profound change in the success of these companies and their ability to make a profit. Some of these companies now have a few dozen lawyers each to handle the inevitable fallout with government officials. “These next generation companies are just going to be loaded with lawyers,” he said. “There are companies that haven’t gone public yet that could have and should because of this issue.”

As for the entrepreneurs, looking for the next big on-demand opportunity the panelists provided the following ideas; marijuana, logistics, in-home personal trainers, dog rentals and “something about really old people,” which was suggested by Dubin.

Venture capitalists, get ready for the next wave of pitches.