Marshmallows are the hot new thing in ‘fine dining’ 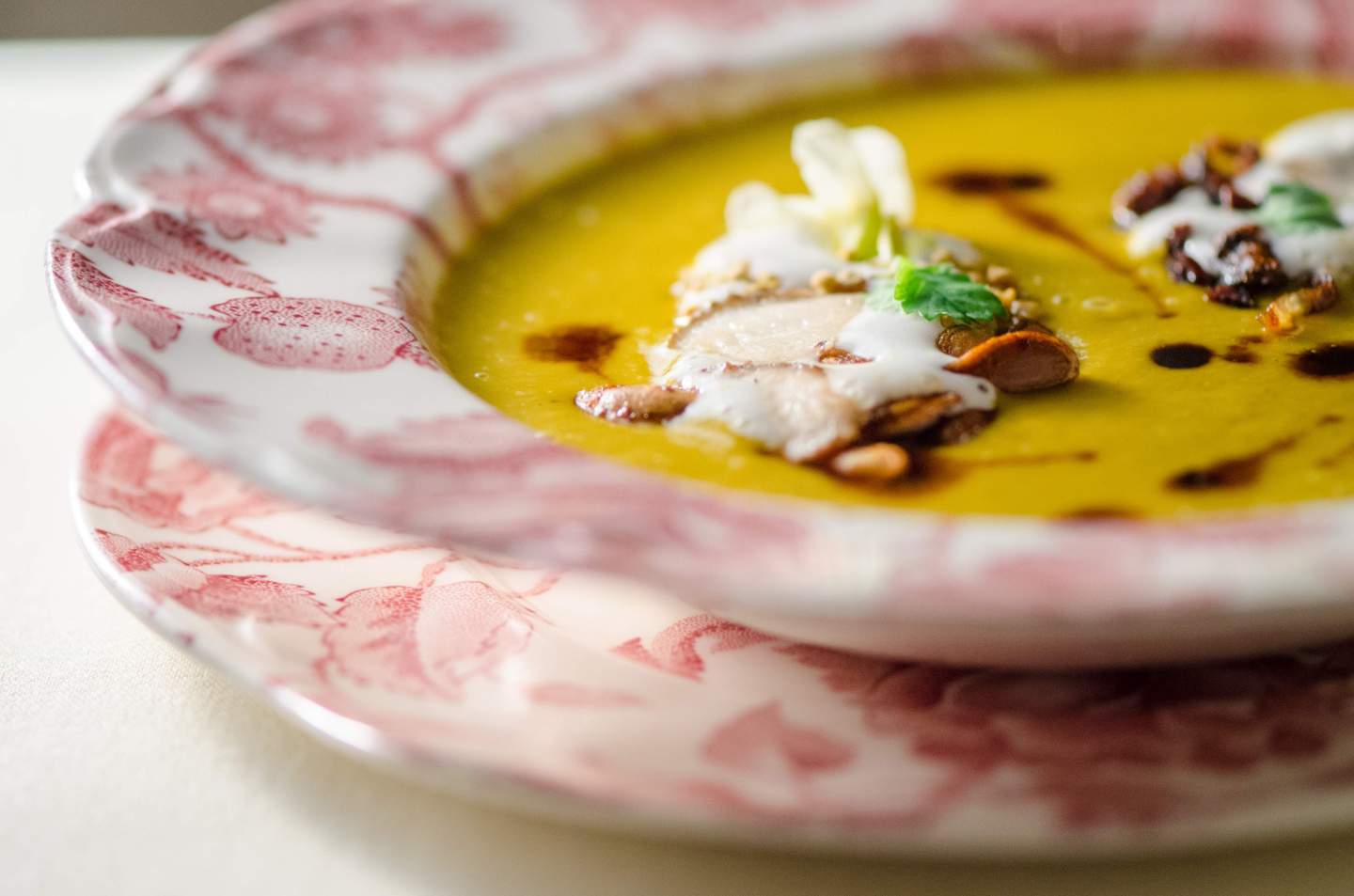 Fine dining takes on a whole new meaning when a key ingredient from a popular campfire dessert ends up in dishes: marshmallows. The under-celebrated white puffball is finding its way into some upscale restaurants’ menus. And they’re not just being used as ingredients for desserts — they’re in vegetables, main dishes and cocktails, and more.

“I like marshmallows when appropriate to the dish, as a flavor release vehicle,” says Chef Jason Bond of Bondir Cambridge, a Cambridge, Massachusetts farm-house style fine dining restaurant that uses marshmallows in soup.

Chef Phillip Foss of the Michelin-starred Chicago’s EL Ideas, who considers marshmallows part of the modern chef’s arsenal, says the ingredient isn’t just versatile — it helps “put familiarity on the table and have guests transferred to their youth.”

Bond created his own homemade Ras el Hanout marshmallows when he realized how easy they were to make and how well they work with his dishes. “It slowly melts into a hot dish (or drink) and changes the flavor as you go, or gives a little surprise when you get to it,” he says, adding the flavors are “a nice compliment to both the squash and root vegetables” as well as chili-spiced hot chocolate.

He says the marshmallows work well with his “red-cooked squash soup,” which has cooked pork belly. The soup “has ginger and star anise and a slight caramelized sweetness, but the marshmallow melts and adds a more squash-sweetness to the dish and piques the spicing a bit, especially if we make a batch with a little more chili heat.”

Bond says his use of marshmallows sparks interest and curiosity from diners — and it’s a selling point. Usually, guests ask about the ingredient when they return to the restaurant.

Chef Phillip Foss of Chicago’s EL Ideas agrees. He said the word marshmallow — with its associations of camp fires and s’mores — strikes a fond, familiar chord with people. “As a chef, striking a chord of nostalgia before a bite has even been taken is like good foreplay before sex,” he says.

Foss has used the gooey square in several dishes at his fine dining restaurant, most recently serving it with cryo-shattered grapefruit segments, some desiccated beets that they poached in a syrup before being dehydrated into sweet gummies and shiso. “We then folded cracked pink peppercorn into the gelatin-less marshmallow, piped it on the plate in the shape of a ring where the rest of the ingredients were to be placed, and then hit it with a blowtorch to toast it.”

One of his former chefs, Matt DuBois (who has plans to open his own place), used them in a pecan pie-esque preparation. “We generally make them by hand, simply because we have a love for our craft,” adds Foss. “Although, we did actually buy them for making the toasted marshmallow ice cream, because we’re not insane.”

While chefs experiment with marshmallows in the kitchen, they’re slowly finding themselves behind the bar, too. During the fall and winter seasons, St. Regis Aspen Resort in Aspen, Colorado, serves up a quartet of marshmallows in a miniature martini glass. Boozy flavors are infused into the marshmallows and delivered on a white platter. The $18 plate includes Dipped Strawberry with Godiva Chocolate Liqueur and creme de cacao, Candy Apple with German apple liqueur, Hotty Toddy with butterscotch schnapps and rum and, finally, Candy Cane with peppermint schnapps.