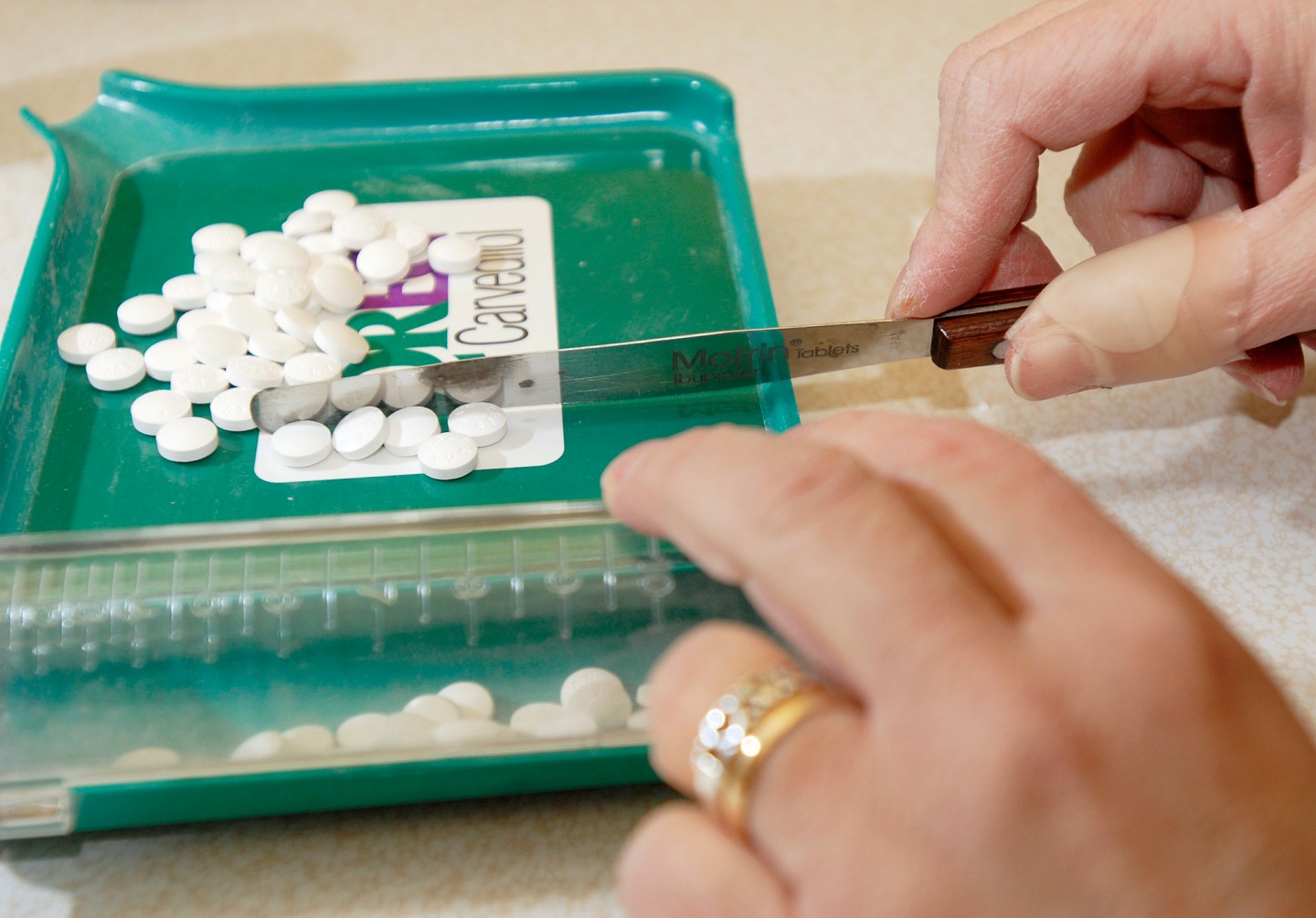 One of the most powerful things about our smartphones today is their ability to alter our behaviors, especially when it comes to living better.

PillPack, a Cambridge, Mass.-based startup that’s built a virtual pharmacy that ships personalized packs of medication, is harnessing that power. On Thursday, the company officially released a new app to help people remember to take their medications.

The mobile app, currently only available on iPhone and Apple (AAPL) Watch, is fairly simple. Users can input all their medications and when they need to take them, and the app provides all the necessary reminders throughout the day. It even prompts the user to tap “take,” “skip,” or “later” for each medication.

To be fair, the app is a glorified—though very well-designed—version of setting up basic smartphone alarms or calendar reminders. People who only need to take one medication per day could easily do without. And there are several similar apps already out there, like Pill Alert and Mango Health.

But just like PillPack’s core service, the real benefit is for folks who do juggle multiple medications. Having to take the orange pill and the blue capsule in the morning and then three of the white ones at lunch before taking only the blue pill at night can get complicated. In fact, a 2015 study performed by market research firm Kelton Global found that nearly 80% of Americans miss taking their medications.

PillPack’s virtual pharmacy aims to help these folks get all their medications on time so they don’t have to go pick them up at the pharmacy, and now the mobile app could help ensure they take them properly. For PillPack customers, the app also automatically pulls in their prescriptions so they can skip the process of entering them manually.

The app’s current version is just laying the groundwork for PillPack to create better tools than simple alarm clocks, co-founder and CEO TJ Parker told Fortune. Both the mobile and watch apps can serve up alerts based on location, such as a reminder before leaving the house in the morning or when getting back to the office after lunch.

“We also feel like the opportunity with the Watch in the long-run is very interesting,” Parker said. Unlike phones, smartwatches really do go wherever a person goes all day, and once sensor technology catches up, biometric data could also trigger reminders —low blood pressure alerts, and so on.

Eventually, PillPack plans to release the app on Android and Android Wear, though it’s not currently working on it, Parker said.

The company also recently dropped the $20 monthly fee it used to charge for its service. PillPack now only charges its customers the same co-payments as traditional pharmacies.

Parker founded PillPack in 2013 with Brian Hoffer and Elliot Cohen. The company has raised a total of $62.8 million in funding.