Trucking? There’s finally an app for that 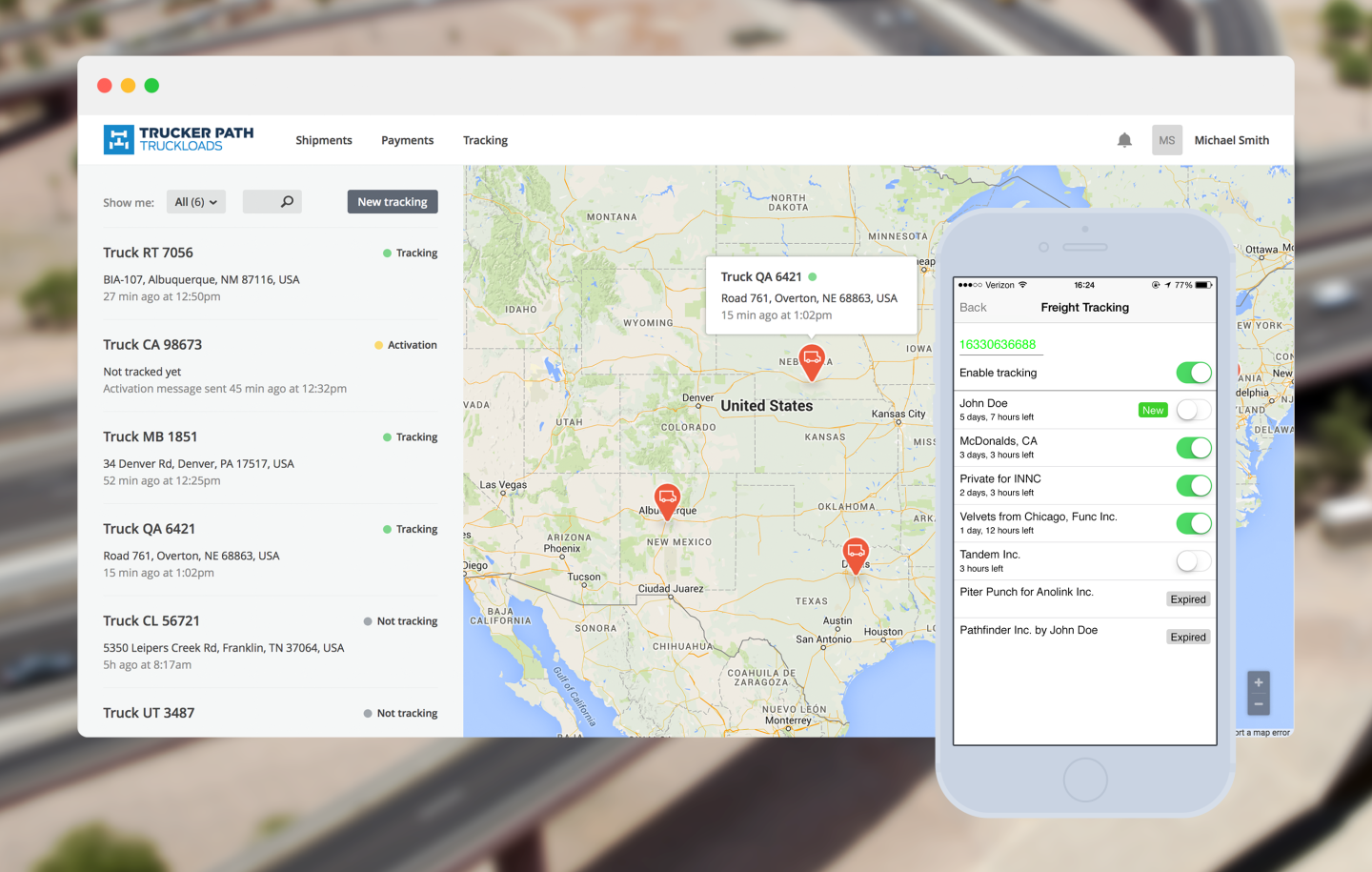 On June 30th, the San Jose-based startup Trucker Path, a mobile app targeting commercial truck drivers, announced the successful closure of a $20 million Series A funding round. The round was led by Chicago’s Wicklow Capital and includes the Chinese social media company Renren.

The company first attracted truckers with a mobile app offering information and crowdsourced reviews about services including truck stops and mechanics. According to Trucker Path, its app has attracted 300,000 monthly active users, with 20% monthly growth over the last six months.

Trucker Path will now combine its audience and capital to build a marketplace to connect truckers with freight. The service, named Truckloads, has just entered public beta testing.

Trucker Path’s goal is to use better communication to revamp an industry with, according to the American Trucking Association, $700.4 billion in 2014 revenue and 3.4 million drivers. 350,000 drivers are independent owner-operators, while companies with less than 10 trucks make up 90 percent of the industry, according to the Owner-Operator Independent Drivers Association. Those independent truckers, and to a lesser extent the smaller operators, are Trucker Path’s target market.

Independent truckers have been around for decades, but the industry’s lagging technology adoption has left them without many of the efficiencies of the “gig economy” represented by the likes of Uber. As recently as the late 1990s, “the truck stops had a white board and they’d just write up all the loads that might be available in the area,” recalls Charles Myers, an industry veteran and Trucker Path’s vice president of business development.

But Trucker Path aims to go further, digitizing not just the search for a load, but also administrative processes that are still stuck in the past. After they locate an appealing load (often after scouring several loadboards), today’s independent truckers must negotiate a rate by phone, and exchange extensive documentation via email and fax (many truckers still carry fax machines in their cabs for the purpose).

Finding, negotiating, and finalizing a deal can take hours, a direct hit to truckers who are paid for each mile they drive. Truckers can choose to outsource parts of the process to a sprawling support industry, including brokers that work with manufacturers and other shippers, dispatchers who help truckers find loads, and services that manage the extensive paperwork. But each of these takes a cut of truckers’ already middling pay—Myers estimates that the cost for a trucker to negotiate a single load is still about $100.

That inefficiency is a drag on an industry that faces both swelling demand and a driver shortage. Trucker Path’s long-term goal is to integrate bidding, tracking, documentation, and payment services. Among the old guard under fire are so-called freight factorers, who, much like payday lenders, provide truckers with advances on load payments that can take 30 to 90 days to arrive. The Truckloads beta includes factoring that is, at least temporarily, free.

Trucker Path projects that the Truckloads marketplace will go live this August. Trucker Path’s leadership is still weighing whether to charge a monthly fee to truckers, but the core of its revenue model is transaction-fee based. It is also in talks with potential marketing partners including ExxonMobil and AT&T.