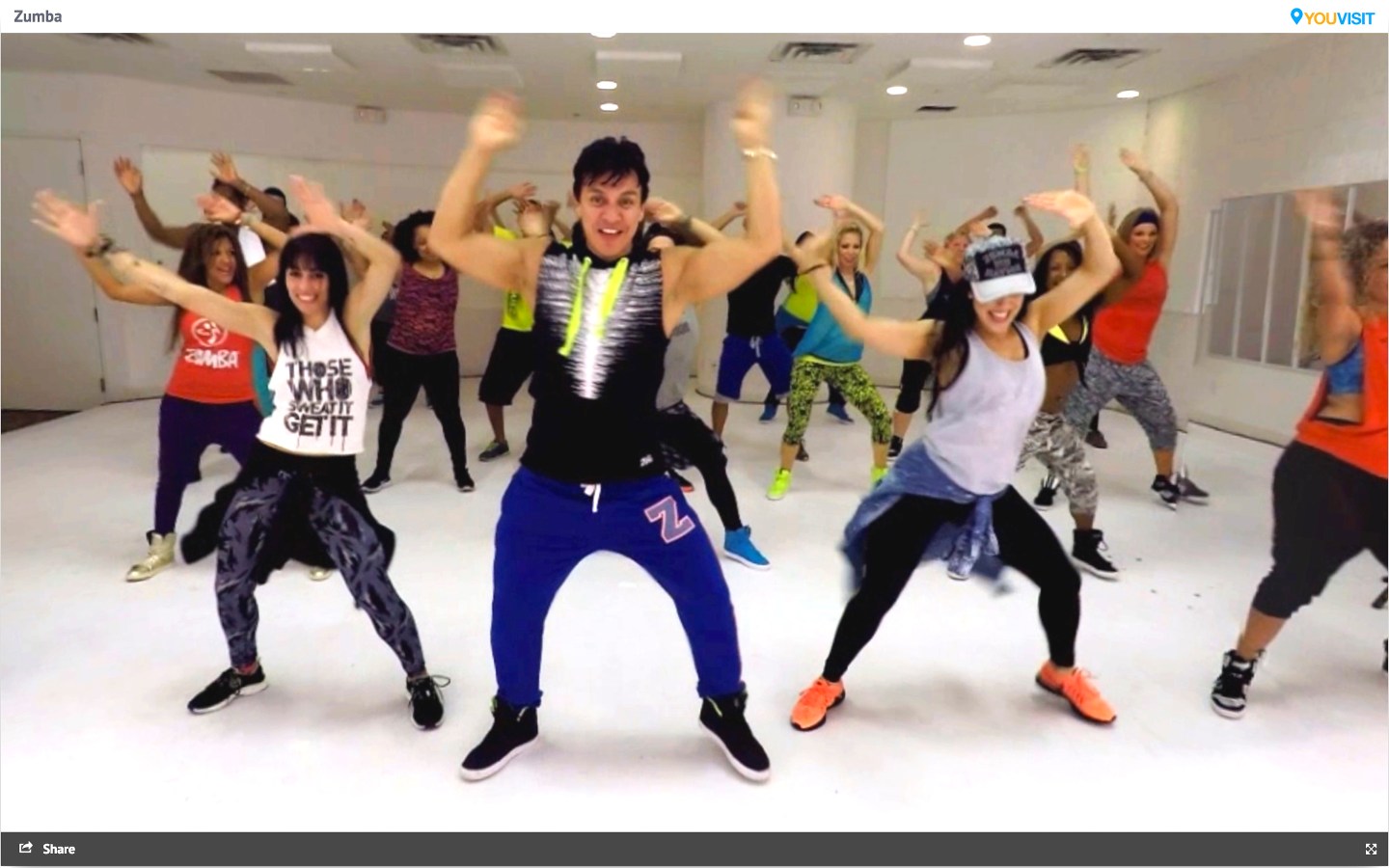 This Zumba VR experience puts people in the middle of a Zumba class.
Courtesy of YouVisit

Zumba has embraced virtual reality as a new way to deliver the Zumba dance experience to potential customers.

Although over 15 million people take Zumba fitness classes every week at 200,000 locations around the world, the company is looking to expand. Zumba has partnered with virtual reality company YouVisit to create a 360-degree VR video to show consumers what it’s like to take a Zumba class.

“We tried the VR demo in the office and every guy who put the headset on started dancing, and that never happened with videos,” Perlman says. “VR is a great way to show people what the Zumba experience is like. A lot of people don’t know what it’s like to be in a Zumba class, and you can only see so much in 2D.”

The 3 ½ minute video plays on all VR headsets and is the first step into VR for the global fitness brand. Alberto Perlman, CEO of Zumba, sees VR as a great sales tool today, and as a way to exercise in the near future. He’s watched as his core female audience of 25 to 50-year-olds has become more tech savvy, upgrading from CDs and DVDs to digital platforms like Xbox Live and even Zumba video games, which have sold over 14 million copies globally.

The VR demo is currently being used at trade shows and in gyms around the world as both a recruitment tool for Zumba trainers as well as a way to attract new customers. The global fitness industry generates approximately $85 billion a year and the Zumba economy accounts for $5 – $10 billion of that, according to Perlman.

YouVisit used multiple action sports cameras and a custom made rig to capture the experience and took a month to produce it.

Abi Mandelbaum, CEO and co-founder of YouVisit, believes VR can drastically change the fitness industry by allowing viewers to experience engaging and transformative content that is light years beyond traditional video.

“Through typical exercise videos, viewers can see and hear what is happening in front of them, but they aren’t immersed in the experience, and they certainly aren’t as engaged as they could be,” Mandelbaum says. “VR will open up the ability for people to experience real-life fitness opportunities as if they were actually there. Imagine a virtual reality experience that lets viewers bike in the Tour de France or run the Boston Marathon.”

Perlman says the next step into VR for the company involves YouVisit filming a Zumba Fitness Concert, which will include 7,000 people taking a class. VR users will be able to go on stage, look around from any perspective, see how each move is done in 360 degrees, and even dance.

Perlman says Zumba is also already looking into augmented reality (AR), which he believes will open up even more opportunities in the fitness industry because it will be easier to exercise with an AR headset at home.

“We see great potential for a marriage between virtual reality and fitness,” Mandelbaum says. “Virtual reality is significantly more immersive than other media. One thing virtual reality might do is restore a human connection for people who workout at home. VR can help people feel as if they are actually there, with people, doing a fitness activity; this can be a huge motivator.”