How SpaceX’s launch failure is also a measure of success 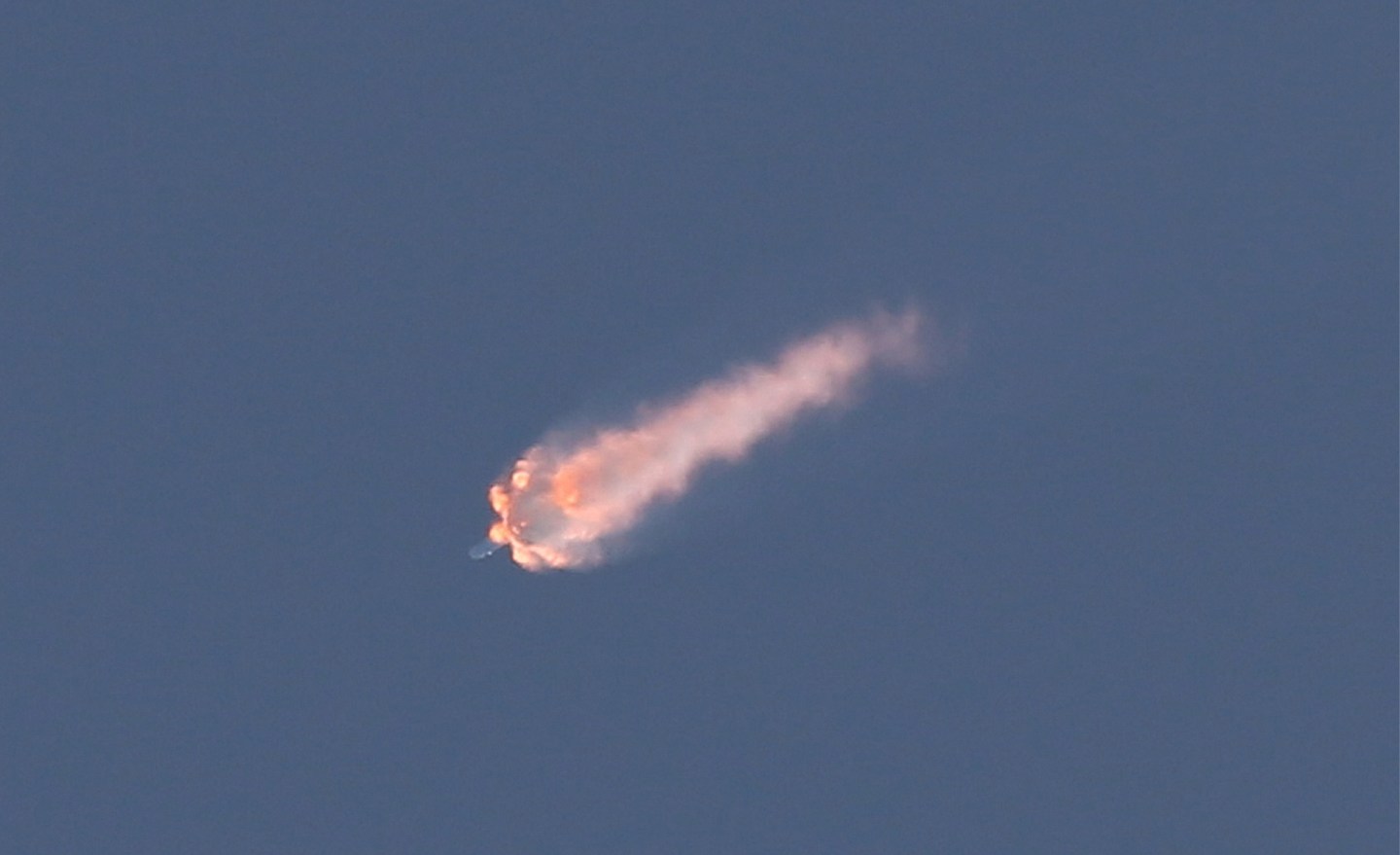 As the countdown clock wound down to zero during the launch for SpaceX’s Falcon 9 rocket, most eyes weren’t on the launch itself but rather on the landing. In the company’s quest to drive down launch costs, SpaceX engineers planned yet another test of the Falcon 9’s reusable rocket technology that—if all went to plan—would guide the rocket’s first stage booster to a safe landing aboard a barge floating in the Atlantic Ocean.

The test, along with SpaceX’s mission to resupply the International Space Station, was brought to an abrupt halt two minutes and 19 seconds into the rocket’s flight, when a yet-to-be identified problem caused the rocket to malfunction and disintegrate 20 miles above the Earth. But, while the failure—SpaceX’s first in 19 trips to orbit—marks a high-profile stumble for the commercial spaceflight industry’s poster child, it’s also indicative of a company, and an industry that is operating at the very edge of what’s possible.

“Now that we’re in this new paradigm where private industry is taking more of a leadership role, you’re going to have more flights and there’s going to be more of an aggressive culture,” says Marco Caceres, senior analyst and director of space studies at Teal Group. “The industry is now evolving, and the reality is that whenever you have an emerging new industry that’s being structured differently, you’re going to have more competition, more activity, more risk, and thus more failures.”

Caceres likens failures (like the one SpaceX experienced Sunday) to the growing pains experienced by any industry as it matures. As such, while the loss of a rocket and its cargo is costly and inconvenient, the loss of the Falcon 9 and the blemish on SpaceX’s record shouldn’t be viewed as the crippling blow some have made it out to be. “Things blow up,” he says. “Private industry is leading the way, and while they’re concerned about reliability they’re always going to be pushing the envelope.”

SpaceX has built its reputation by pushing boundaries, transitioning from the eccentric vision of a Silicon Valley wunderkind to a major industry disruptor in just a few years. It’s vertically-integrated Falcon 9 has allowed SpaceX to undercut its competitors on price by tens of millions of dollars, and its next technology milestone—development of the kind of reusable first rocket stage that was to be tested on Sunday—could reduce launch cost by tens of millions more.

In other words, while blowing up a rocket on launch is certainly a sub-optimal outcome, it’s not the kind of thing that will likely keep SpaceX down for long. Given all the networked sensors and telemetry data aboard the Falcon 9, Sunday’s failure may even help the company build a more robust and reliable launch vehicle in the future.

That’s not to say Sunday’s failure isn’t a setback for SpaceX and its near-term ambitions. In some respects, the timing for such a high-profile launch failure couldn’t be worse. In May, SpaceX won certification from the U.S. Air Force to carry national security-related payloads, paving the way for the company to grab a sizable piece of a multi-billion launch market. It also signed a $1.6bn NASA contract to carry human passengers to the International Space Station at some point in the future.

The company’s national security business could now be in jeopardy, at least in the near term, says John Logsdon, professor emeritus at George Washington University’s Space Policy Institute. “The national security industry is notorious for its conservatism around launching,” Logsdon says. “In terms of winning the upcoming competition for national security launches, I would say that this is probably a significant setback for them.”

The incident could also stretch the timeline for SpaceX’s first manned spaceflights. Under a NASA contract, the company has been developing a version of its Dragon spacecraft designed to carry up to seven crew members that could ferry astronauts to and from the space station. The first flight could now be pushed back as SpaceX works to sort out its reliability issues.

The more commonly used Atlas V requires Russian-built RD-180 engines to fly, but Congress is pressuring the Air Force to cease purchasing the engines as relations between the two countries continue to fray. Sunday’s mishap may make Congress more reluctant to cut off the Air Force’s supply of Russian rocket engines, Caceres says, as the Atlas V is easily the most reliable large-scale launch vehicle in the U.S. rocket fleet.

That makes it all the more important for SpaceX to bounce back quickly, Logsdon says, as the company is no longer a luxury the U.S. can afford to do without. “The whole launch industry is kind of screwed up right now,” he says. “There’s pressure from Congress to stop using Russian engines on the Atlas V, but there’s no American engine that will be ready by 2019. So there’s not a lot of slack in the system right now, and it’s important for Space X to get back to launching as quickly as possible.”

There’s no reason to think that it won’t, says Richard M. Rocket, co-founder and CEO of space industry consultancy NewSpace Global. “You cannot change the world the way SpaceX is trying to without having significant challenges,” he says. “This is all part of the plan, not to experience launch failures, but to push things forward through iteration and innovation.”