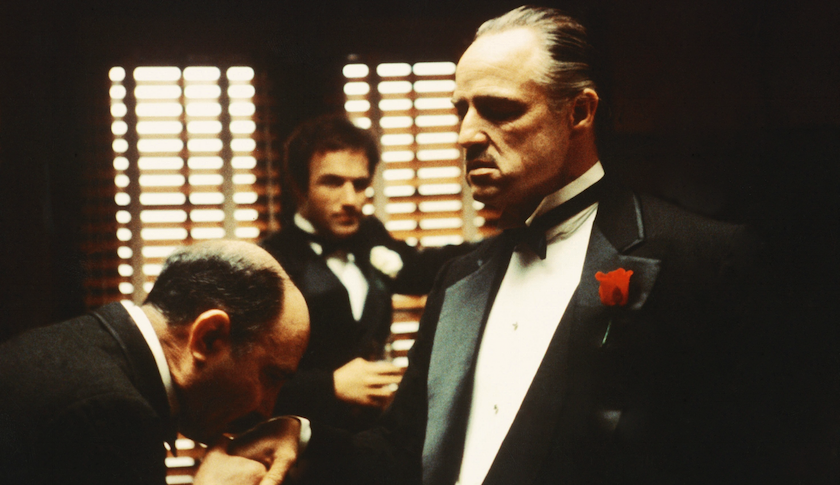 Last week I had the pleasure of seeing my favorite American film, Francis Ford Coppola and Mario Puzo’s The Godfather, at the Mann Theater in Philadelphia with live accompaniment by the Philadelphia Orchestra. In the opening scene, Don Vito Corleone admonishes his friend, Amerigo Bonasera, for taking so long to ask for help in seeking justice against the hoods who harmed Amerigo’s daughter. Not only would Amerigo’s immediate problem have been solved, the Don notes, but if “by chance if an honest man such as yourself should make enemies, then they would become my enemies. And then they would fear you.”

Leading through fear worked well for Don Corleone—for a time. Once his son, Michael, took over the family affairs, however, that leadership style eventually became self-destructive.

The screening of this film, now over 40 years old, proved to be timely in the wake of a new report entitled, “Why You Can’t Scare Bankers Into Doing the Right Thing.” This study, a joint project of PricewaterhouseCoopers and the London Business School, looked at the choices that managers in insurance, wealth management, and banking make with respect to bonuses, pay raises, and promotions.

A survey of 2,431 managers revealed that people do better work when they’re motivated by the desire to achieve benefits rather than by the fear of missing opportunities.

“Imagine it’s coming to the end of the business year,” the survey asked half of the participants. “You’re lagging behind your colleagues. If you don’t do better than them you’ll lose your substantial bonus. How does that make you feel?” Managers presented with this scenario were 15% more anxious than excited and more than twice more likely to act unethically compared with their counterparts, who were presented with an end-of-year scenario that focused on positive outcomes.

This research provides yet more evidence that leadership based on care, rather than intimidation, is the key to a satisfied workforce, honorable behavior, and happier clients. Care is an essential component of high-character leaders. But what exactly is care?

Care is first and foremost a strong feeling or passion. It means having a deep concern for the well-being and flourishing of others. Of course, caring leaders do more than feel strongly about helping people. They put those feelings into action. Care without action is as meaningless as a G-rated Quentin Tarantino film.

In my previous column, I talked about how standing up to Apple’s (AAPL) unfair compensation policies for musical artists revealed Taylor Swift to be a servant-leader. Humility is a hallmark of servant leadership, because servant-leaders like Swift use their public platform to advance the interests of all.

But servant leadership in business is also based on care, because the best way to advance an organization’s mission is by looking after the most important element of the company: its employees. And that includes its management. Ken Blanchard, author of The New One-Minute Manager, told me last week that his lifelong work with many Fortune 500 companies has taught him that people “want to be in organizations where they feel that they have a chance to win and accomplish goals.” Smart leaders, Ken notes, make it a habit of “praising and catching people doing things right and cheering them on.”

FedEx managers and employees live by what the company calls the Purple Promise: “Placing customers at the center of all we do.” I asked Fred Smith, the company’s CEO, to talk about how an employee faced a challenge at work but still honored the company’s mission. He told me about a woman I’ll call Jill who learned that a package containing two baby walkers intended for a Canadian customer never reached its destination. It had been damaged severely en route, and replacements were not for sale in Canada.

Even though Jill had not been involved in the initial transaction with the customer, she “took personal responsibility, located and purchased the two baby walkers locally, prepared the paperwork, arranged for shipment to the customer and monitored the shipment until it was delivered,” Fred said. As a representative of the company as a whole, Jill felt it was her personal responsibility to get the customer the items she was expecting. “The customer was elated at the length FedEx went to take care of her,” Fred concluded.

If you were that customer, wouldn’t you tell your friends and colleagues about how well the company treated you? The next time you need to send a package somewhere, which service would you use and recommend to others?

When I told this story to Alan Tecktiel, Global HR Director at the law firm Baker & McKenzie, he noted that Jill was able to go to the lengths she did because companies like FedEx (FDX) their employees to do these kinds of things. Caring leadership, which means supporting and recognizing the efforts of people like Jill, benefits employees and clients alike.

Corporate leaders who want to deliver strong results through caring leadership should do these three things:

With all due respect to Don Corleone, outstanding leaders make care, not fear, the foundation of their leadership style.

Acknowledgments: I’m grateful to Jeremy Park, President of the Lipscomb Pitts Breakfast Club, and Martha Lawrence, Executive Editor at the Ken Blanchard Companies, for their help with portions of this article. Thanks also to Ian Bolland, whose article in HITC Business brought the PwC report to my attention, and to Joel Gibbs, Director of Love the Arts in Philadelphia, for inviting me to the Godfather screening.