There’s a ticking time bomb inside the online advertising market 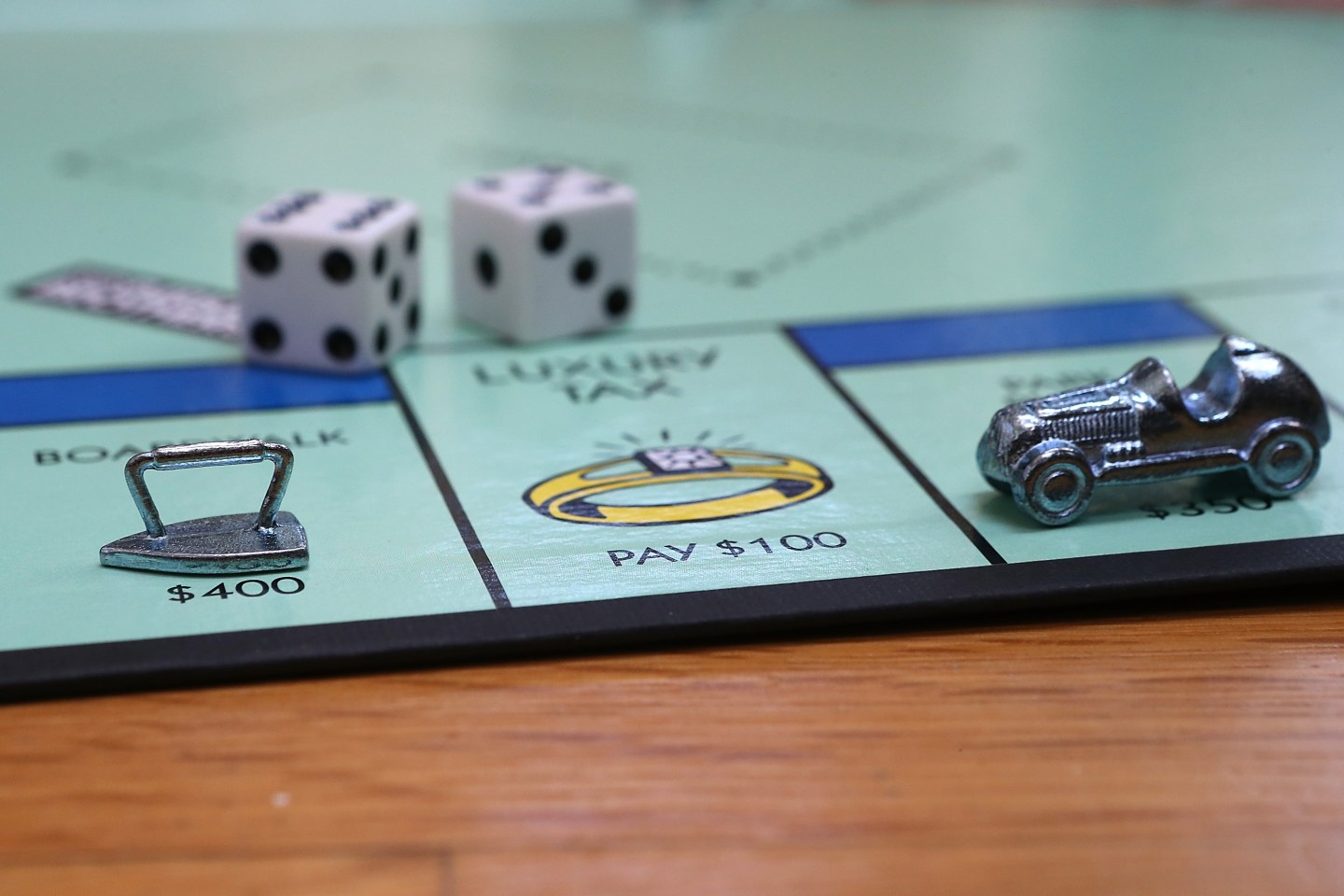 FAIRFAX, CA - FEBRUARY 06: In this photo illustration, The Monopoly iron and race car game pieces are displayed on February 6, 2013 in Fairfax, California. Toy maker Hasbro, Inc. announced today that fans of the board game Monopoly voted in an online contest to eliminate the iron playing figure and replace it with a cat figure. The cat game piece received 31 percent of the online votes to beat out four other contenders, a robot, diamond ring, helicopter and guitar. (Photo illustration by Justin Sullivan/Getty Images)
Photograph by Justin Sullivan — Getty Images

The media industry has no shortage of things to worry about. Audiences are going elsewhere, whether it’s to social networks like Facebook or digital-only competitors such as BuzzFeed, and so advertising revenues continue to fall—not just for print, but for digital and video and pretty much everything. But there’s an even bigger problem for ad-based media that doesn’t get talked about much: Namely, the fact that a massive chunk of the advertising market is based on smoke and mirrors, or even outright fraud.

Department store magnate John Wanamaker famously said: “I know half the money I spend on advertising is wasted, I just don’t know which half.” He was talking about traditional ads in print newspapers and magazines and other formats, which were notoriously difficult to measure. As a result, media companies were able to charge huge sums based on the assumption that lots of people saw an advertiser’s message.

That was all supposed to change when advertising and media went digital, since one of the benefits of the internet is that you can track almost every aspect of someone’s behavior—whether it’s the amount of time they spend on a page, where they came from, what browser they use and what they clicked on.

That doesn’t mean measuring the effectiveness of advertising has gotten any easier, however. In fact, it’s arguably gotten even harder, for a number of reasons. One is that no one can seem to agree on what exactly media companies should be measuring: Clicks? Page-views? Unique monthly visitors? Time spent on a page? Many advertisers are still attached to the idea of page-views or visitors as representing eyeballs, although analytics companies like Chartbeat are trying to wean them away from these metrics.

And that’s only the beginning of the problems with the $14-billion online ad business, as Sam Scott pointed out in a recent post at Moz. Another issue is that, according to some estimates, more than half of the advertising on the Internet is never actually seen by a human being. A study done by comScore that looked at ad campaigns in 2012 and 2013 came to the conclusion that 54% of the ads in those campaigns were never shown to a human visitor, and yet they were all no doubt counted as “impressions” in someone’s ad budget.

As Scott explains, there are a number of reasons why an ad would not be shown to an actual reader: The ad could be broken, and so it doesn’t load or display properly; it may be so slow to load that the person browsing the site clicks away before it is seen (but it’s still counted as an impression); and in some cases it may be displayed below the edge of the screen, but still counted as having been seen. In part, that’s because the definition of what an “impression” is continues to be vague at best.

Those are some of the less nefarious reasons why an ad wouldn’t be seen, but would still be counted. There are other darker reasons why that would be the case, however, including the use of tricks to inflate advertising counts—tricks such as what’s called “pixel stuffing,” where an ad designed to appear at 1,024 by 480 pixels is crammed into a one-by-one pixel square, but still counted as an impression. There’s also “ad stacking,” where multiple ads are programmed for a single slot.

But the biggest fraud of all is the use of “bots,” software programs designed to mimic the activities of human browsers. Such programs can drive huge amounts of traffic to websites, and can even scroll through a site and click on links, just as a human browser would. According to some estimates, as much as 60% of the traffic on the Internet is non-human.

As one participant in the online-advertising black market described to Digiday, there are traffic brokers who buy specific amounts of traffic generated by bot farms and then sell that traffic to advertisers and publishers. And according to this broker, many of the publishers and ad networks involved in the market plead ignorance, but know full well what they are doing.

“We worked with a major supply-side platform partner that was just wink wink, nudge nudge about it,” said the broker. And there are ongoing reports of massive kickbacks and payoffs between ad networks and traffic suppliers and publishers, with everyone agreeing not to say anything about how the vast majority of the advertising they are involved with is never seen by a human being, let alone actually clicked on.

The bottom line is that with bot-driven traffic, pixel-stuffing and other tricks, kickbacks and outright fraud, on top of the fact that less than 50% of all online ads may even have a chance to be seen by a real human being, the online advertising market is like a house of cards that is ready to topple—or a tiny child’s bicycle being ridden by dozens of clowns, all perched on each others’ shoulders. How long before it collapses completely?