London’s Heathrow Airport is set for a massive expansion…maybe 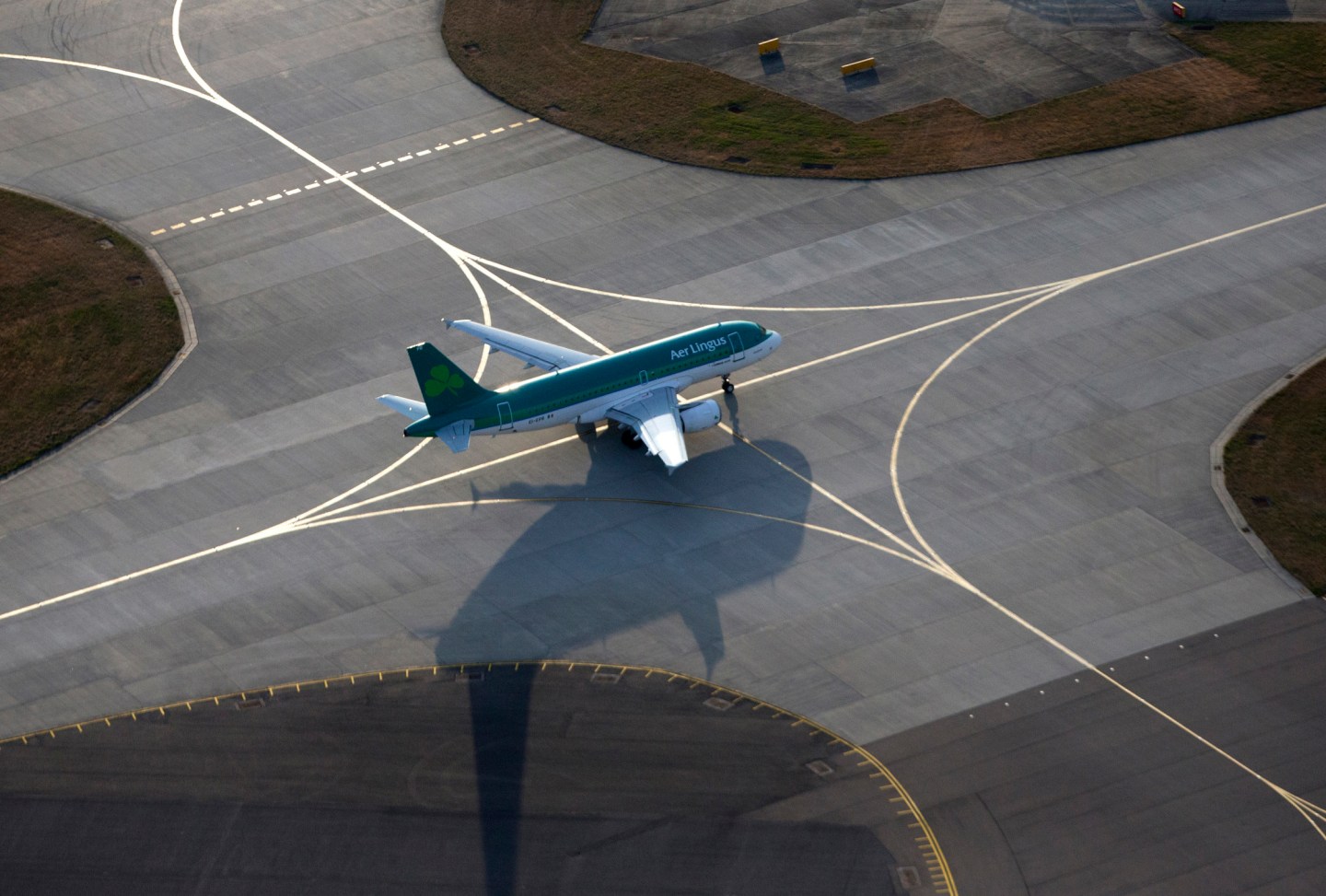 An Aer Lingus aircraft, operated by Aer Lingus Group Plc, stands on the perimeter of the runway at London Heathrow Airport, in this aerial photograph taken over London, U.K., on Tuesday, June 16, 2015. Europe's largest hub at London Heathrow, which has been operating close to capacity since the start of the decade, and rival Gatwick have been short-listed for a new runway by the state-appointed Davies Commission, with a final recommendation due in coming weeks. Photographer: Matthew Lloyd/Bloomberg via Getty Images
Photograph by Matthew Lloyd — Bloomberg via Getty Images

London’s Heathrow Airport, which receives more international flights from the U.S. than any other airport in the world, is about to get a major expansion, after a government-backed commission recommended building a new runway.

The expansion will boost capacity at Europe’s most important hub by over 40% to 740,000 flights a year, offering (in the long term) the possibility of much more competition–and consequently lower fares–on transatlantic flights. It will be one of the biggest infrastructure projects in the world in the next few years, expected to cost 17.6 billion pounds ($28 billion), with a further 5 billion pounds in new road and rail links.

The Commission’s report concludes a long and bitterly-contested review that pitted rival airports, residents, politicians and environmentalists against each other. On the one side, business has argued strenuously for investment to stop the U.K. being overtaken by up-and-coming hubs such as Amsterdam. Residents and environmentalists argue that Heathrow is already violating most acceptable norms on emissions and noise pollution.

Commission chairman Sir Howard Davies said expanding Heathrow “presents the strongest case and offers the greatest strategic and economic benefits–providing around 40 new destinations from the airport and more than 70,000 new jobs by 2050.

But the Commission’s recommendation is only that–a recommendation. Although it has expressed the clearest possible preference for Heathrow over Gatwick, a largely short-haul airport south of London, politics may yet force the government into a different decision.

What David Cameron said about a third runway at Heathrow http://t.co/yYNV1DXjKR pic.twitter.com/wcJkqKSQMu

Prime Minister David Cameron had promised not to expand Heathrow in the run-up to the 2010 general election, anxious to win more seats in electoral districts in London, and a u-turn will give huge amounts of political ammunition to other parties. A number of senior figures in the Conservative government had backed rival schemes, notably Boris Johnson, the outgoing mayor of London and Zac Goldsmith, the man most likely to be the Tories’ next candidate for London mayor. Channel 4 News reported a senior Tory as saying that Davies had dumped “a pile of steaming poo on Cameron’s desk.”

The PM does, however, at least have the consolation that he himself isn’t standing for re-election, and that his party has just won a fresh five-year mandate nationwide.