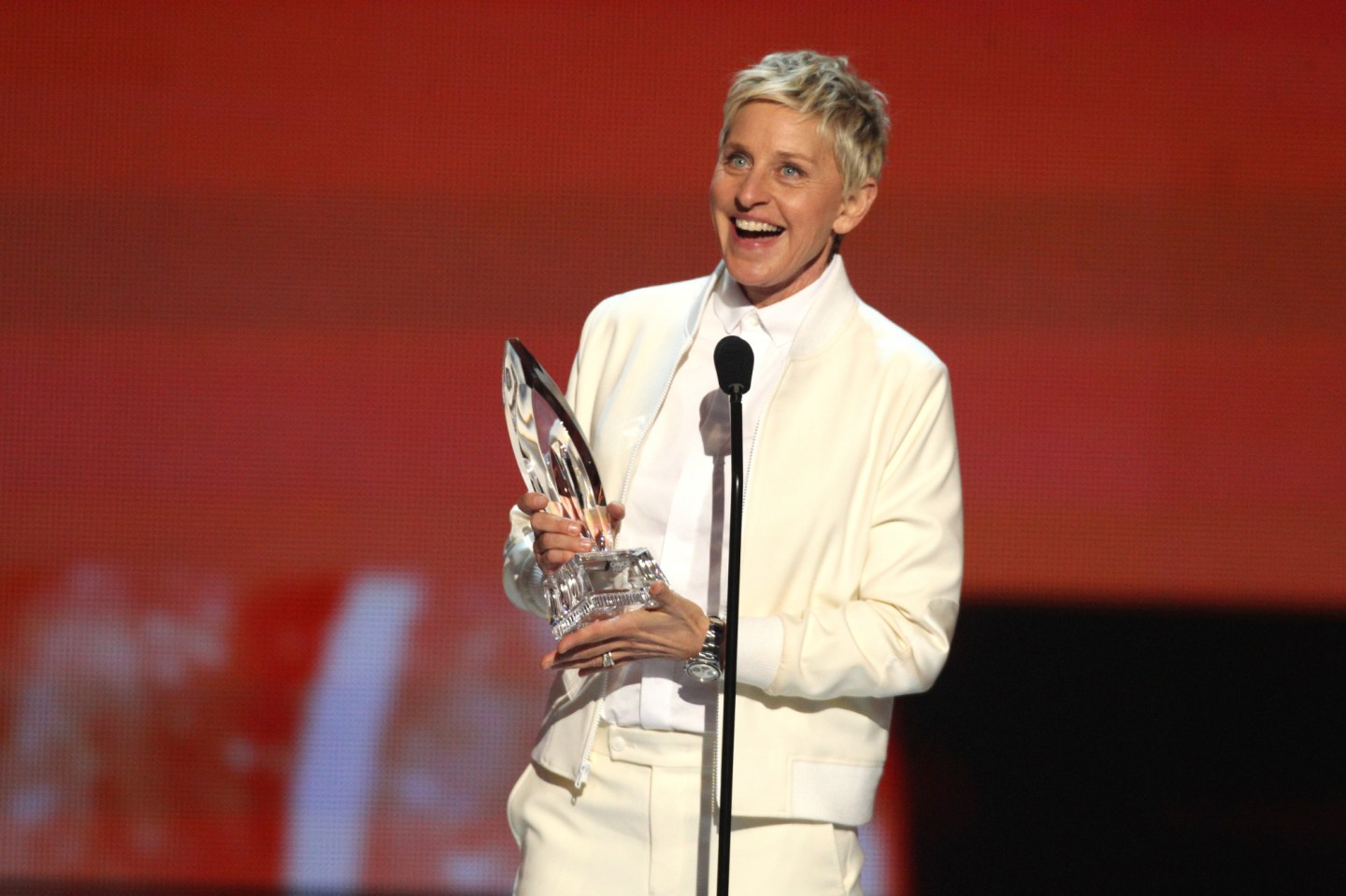 Ellen DeGeneres is already a comedian, author, talk show host, and producer. Now she can add lifestyle brand maven to the list.

DeGeneres launched her new e-commerce site, EDbyEllen.com, on Tuesday. Pronounced “Ed,” the brand covers everything from clothing and accessories to barware and throw pillows.

Though it was previously reported that the site would carry luxe items like $2,000 cashmere sweaters, DeGeneres appears to be sticking with more reasonably priced goods, at least for now. Items on the site range from $8 pins to a $365 cake plate. Apparel starts at $34.50 for a crewneck t-shirt and goes up to $245 for tailored jackets.

ED joins a flood of celebrity lifestyle brands already on the market, including Gwyneth Paltrow’s Goop, Jessica Alba’s The Honest Co. and Blake Lively’s Preserve. Reese Witherspoon joined the mix last month, launching Draper James. Within a few hours, Witherspoon’s site had sold out of a $325 shoulder bag and a $225 dress.

Of course, DeGeneres says that ED will offer something unique. In an interview with Refinery29, she talked about the particulars of her own “sort of non-gender-specific” style and her impetus for creating the line.

“[W]e started making my own clothes on the show and noticing that a lot of people who were coming to the show were trying to dress like me, but those clothes weren’t out there,” she said. “I mean, I have a very distinct way of dressing, and clearly other people are responding to it, so that was the impetus to launch the brand. So, there’s a line that’s out there that’s not extremely feminine, it’s not masculine, it’s just comfortable.”

Some industry watchers believe DeGeneres has the potential to become a major force in the lifestyle brand space. “Most celebrities don’t have a really specific point of view,” says Laura Ries, president of Ries & Ries branding strategy firm and the author of several books on branding. For a star’s brand to succeed, “it has to be very specific and authentic to them. Ellen has a really unique style, and it’s one that we haven’t really seen in the fashion world.”

Her accessibility may also help her stand out. While we’re used to spotting Paltrow, Lively or Witherspoon looking glamorous on the red carpet, Americans are more likely to associate DeGeneres with her goofy talk show escapades.

Compared to other brand-fronting celebrities, “I’d put her as ‘real people,’ and I don’t see those others as real people,” says Christina Papale, vice president of strategy for the brand agency CBX.

In many ways, DeGeneres is already a brand, with an empire that has rapidly expanded over the last decade. The Ellen DeGeneres Show is in its 12th season. Her production company, A Very Good Production, is developing six projects, including a new NBC series that starts production next month. Then there’s her three New York Times #1 bestsellers, her record label, streaming video site and game app. Now she has an interior design book, Home, coming out in October.

DeGeneres has assembled an experienced team for ED. Her partner, Christopher Burch, co-founded Tory Burch and C. Wonder. (The latter closed in January after three years in business and its former president, Andrea Hyde, is now CEO of Draper James.) ED’s managing partner is Marisa Gardini—the former president and CEO of Isaac Mizrahi. The company’s board of directors includes Michael Frances, chief global brand officer of DreamWorks Animation (and the former global CMO of Target) and Janet Grove, the former CEO of Macy’s merchandising group.

Pop the collar on your #EdByEllen blazer to #SpreadtheLove. Just another reason to fall in #love with ED by Ellen!

Above all, Talerman says DeGeneres should hold on tightly to the same accessibility that makes her Ellen.

“If she gets up on a high horse of guidance and preachiness—which I think is where Martha Stewart’s brand may have gone wrong—that’s a guidepost for her brand stewards. Oprah is apart from us—a deity, a queen,” says Talerman. “Ellen needs to make sure she’s a part of us.”