How does Reese Witherspoon’s new retail site compare to the celebrity competition? 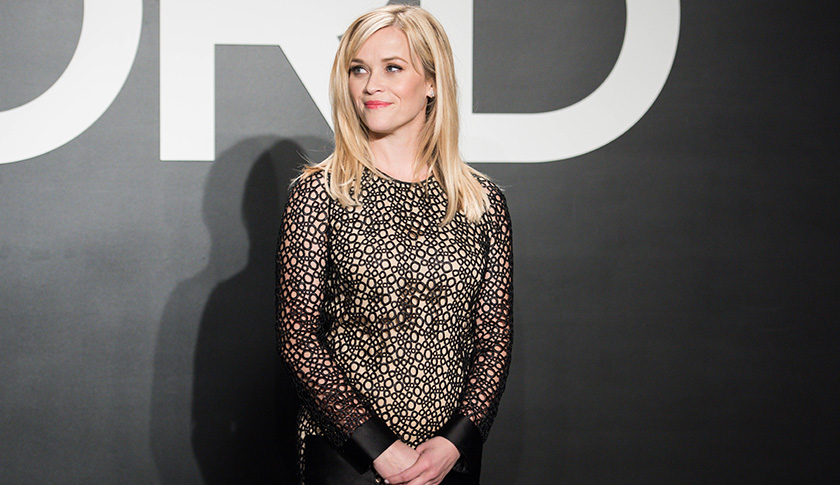 Last week, actress Reese Witherspoon announced her latest project. No, not a rom-com or an Oscar-bait biopic. Instead, Witherspoon is getting into the retail business with an online store called Draper James.

Of course, Witherspoon isn’t the first celebrity to attempt to parlay her famous name into a lifestyle brand. So, how does her site compare with the ones fronted by Gwyneth Paltrow, Blake Lively and the grande dame of genre, Martha Stewart? Read on for Fortune’s breakdown.

What it is: A distinctly Southern-flavored site selling clothes, jewelry, housewares and odds and ends like embroidered cocktail napkins and “Hello Sugar” greeting cards.

Target customer: A super-feminine woman with a hankering for gingham and floral prints, charm bracelets and monogrammed…well, everything.

Business plan: Witherspoon is a majority shareholder in the brand, according to WWD. Andrea Hyde, a former president at now-defunct retailer C. Wonder, is the company’s CEO. For now, the brand is online only, though a 3,000-square-foot Draper James store is slated to open this fall in Nashville.

The merch: Prices range from around $25 for a charm to $400 for a sterling silver bowl (in the shape of a magnolia, of course). Witherspoon says 40% of the merchandise is made in the South.

Reese says: “One of our tenets is ‘unapologetically pretty.’ Like, what’s wrong with being pretty?”

WEST HOLLYWOOD, CA - MAY 07: Actress Gwyneth Paltrow attends the Los Angeles special screening of Bleecker Street's "I'll See You In My Dreams" at The London Screening Room on May 7, 2015 in West Hollywood, California. (Photo by Alberto E. Rodriguez/Getty Images)

What it is: A lifestyle site that mixes editorial with e-commerce. Goop sells a range of fashion, home and beauty products, provides recipes, and doles out advice on everything from relationships to travel itineraries. Oh, and let's not forget Paltrow's infamous cleanse programs.

Target customer: The well-heeled urbanite mom who spends her weekends dashing from brunch to yoga to the farmers market.

Business plan: Paltrow told Fortune that Goop has recently secured a round of VC funding. Juice Beauty (where Paltrow serves as creative director) has also invested in the company. She projects that Goop will be up to 53 employees by the end of the year.

The merch: Goop is not for bargain hunters. The prices on Paltrow's site are far and away the highest in our survey. Recently, Goop featured a $1,050 Phillip Lim handbag, a $515 pair of canvas platform sneakers and a $335 casserole pot.

What it is: Another editorial-meets-commerce site. Preserve's hook is a focus on handmade items and the people who produce them. The site features mini-profiles of many of designers and artisans whose products are being sold.

Business plan: Lively says she's directly involved in raising capital for the site. Her involvement hasn't stopped the site from creating some controversy: last year, a fashion spread called "Allure of Antebellum" was widely called out for reflecting fondly on period of history largely defined by the fact that slavery was still legal.

The merch: Preserve's products are all over the map. It's one of the few sites to feature a men's section, and mixes a robust list of items priced under $50 with $1,350 wool trench coats.

Lively says: "People want things with meaning. I know that because I want that. That space doesn't exist so I'm creating it."

Martha Stewart conducts a presentation as she partners with Triscuit to unveil Limited Edition Triscuit Flavor.

What it is: An online mecca for cooking, crafting and, of course, buying Martha-approved products.

Target customer: A modern mom who dreams that her busy, messy life could someday be Martha-fied: beautiful, thoughtful, organized.

The merch: A massive range of products, drawing heavily from Stewart's signature lines at Macy's and PetSmart (yes, that is really a $16 Martha Stewart pet tuxedo.)

Martha says: "I'm a maniacal perfectionist. And if I weren't, I wouldn't have this company.... I have proven that being a perfectionist can be profitable and admirable when creating content across the board: in television, books, newspapers, radio, videos."