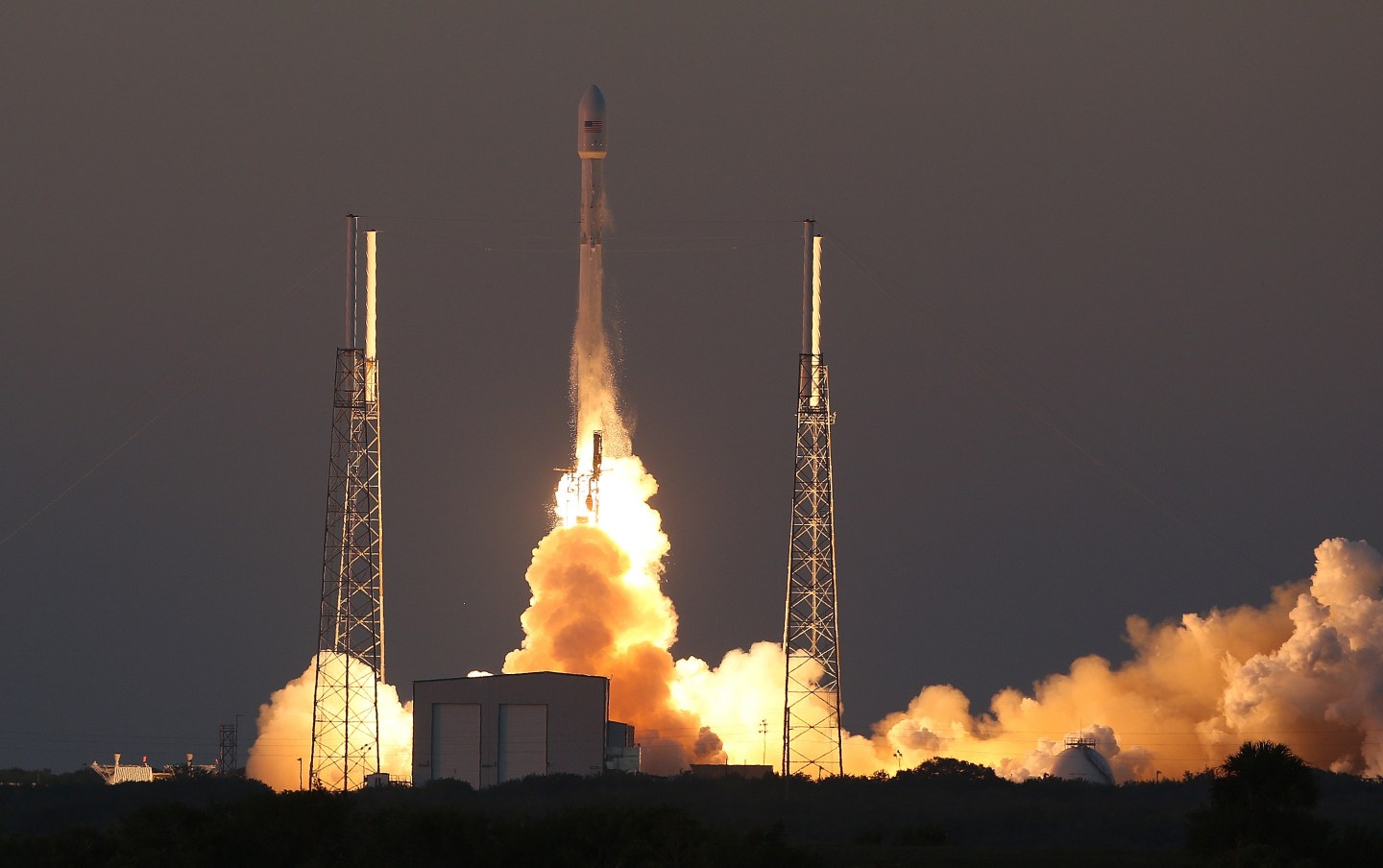 A SpaceX Falcon9 rocket blasts off the launch pad on Wednesday, Feb. 11, 2015, carrying the NOAA's Deep Space Climate Observatory spacecraft that will orbit between Earth and the sun, providing advanced warning of extreme emissions from the sun which can effect power grids and satellites close to earth. (Red Huber/Orlando Sentinel/TNS via Getty Images)
Photograph by Orlando Sentinel/TNS via Getty Images

A Falcon 9 rocket launched by entrepreneur Elon Musk’s Space Exploration Technologies that was taking supplies to the International Space Station exploded suddenly about two and a half minutes after it took off from Cape Canaveral in Florida on Sunday morning.

A report from the privately-held company said that the rocket experienced an “anomaly on ascent” and that its team was investigating.

It wasn’t clear what happened to the SpaceX rocket, but based on video of the launch that was broadcast live by NASA (embedded below) it appeared to break apart completely shortly after launch. This would have been the seventh such mission to the ISS by Musk’s company, and the 20th launch in total for the Falcon program.

The SpaceX and Tesla founder said on Twitter that the rocket “experienced a problem shortly before first-stage shutdown.” Later, he added that there was an “over-pressure event in the upper-stage oxygen tank.”

This launch was to have been Musk’s third attempt to land the first-stage booster safely on a barge in the Atlantic ocean, after two earlier attempts to do so failed. The entrepreneur’s space company has a 12-flight, $1.6-billion contract with NASA.

Falcon 9 experienced a problem shortly before first stage shutdown. Will provide more info as soon as we review the data.

The rocket explosion is the third mishap to strike a re-supply mission to the space station: A Russian effort failed last April, and a previous private rocket launch by Orbital Sciences in October also failed when the rocket blew up shortly after launch.

Despite these problems, NASA officials said the station’s astronauts have enough supplies to last until October. The U.S. space program has been increasingly relying on private companies such as Musk’s SpaceX and Orbital Sciences to take cargo to the space station, and the agency has plans to use a similar system to take astronauts into space as early as 2017.

NASA said that it was planning to have a live press conference at Kennedy Space Center to discuss the incident. The Falcon 9 was carrying about 5,000 pounds of cargo for the space station’s astronauts, including a docking port that would allow future crew missions to dock with the station more easily. In an unfortunate coincidence, Sunday also happened to be Musk’s 44th birthday.

In a statement, NASA administrator Charles Bolden said the agency was “disappointed in the loss of the latest SpaceX cargo resupply mission” but that the astronauts were safe and had sufficient supplies. He said NASA would “work closely with SpaceX to understand what happened, fix the problem and return to flight. The commercial cargo program was designed to accommodate loss of cargo vehicles.” He added that:

“SpaceX has demonstrated extraordinary capabilities in its first six cargo resupply missions to the station, and we know they can replicate that success. We will work with and support SpaceX to assess what happened, understand the specifics of the failure and correct it to move forward. This is a reminder that spaceflight is an incredible challenge, but we learn from each success and each setback.”