Fans lined up for the Apple Watch in Singapore: Good news or bad? 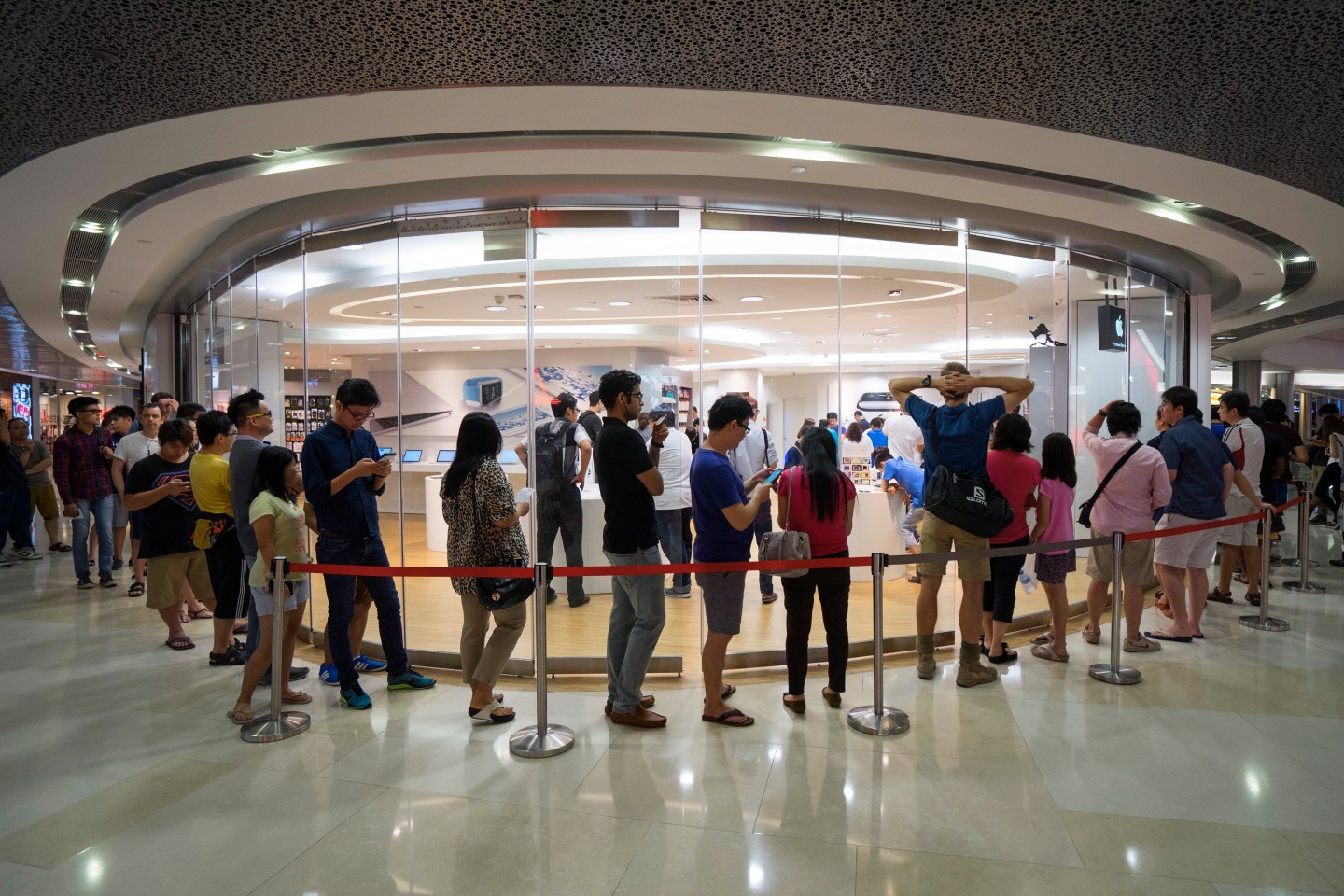 Meet Sriram Rengamannar, 13, a student at Singapore’s Queenstown Secondary School. He was first in line at what may be the first real Apple Watch queue anywhere in the world.

Unlike the iPhone 6 and 6 Plus, which generated Apple’s longest lines ever, there were none for the Apple Watch in April. If you wanted to buy a Watch in any of the nine countries slated to receive the first shipments, you had to order it online for delivery at home.

Apple still requires pre-orders, but now you can pick up your Apple watch at an Apple retail outlet—which is why anybody bothered to line up in Singapore or the other six countries that took deliveries today.

“Singapore greets Apple Watch with a shrug,” was the headline on CNBC, which made the rookie mistake of comparing today’s modest lines with the throngs that greeted the iPhone 6 and 6 Plus—for which pre-orders were not required.

Reporter Nyshka Chandran compounded that error by turning for comment to the dependably negative Robert Enderle, whose value as an authority on Apple seems to diminish with every soundbite.

“This will likely go through three versions before reaching its stride,” he told CNBC. “If it ever does.”

In a note issued to clients Friday, FBR Daniel Ives estimated that Apple has already sold 5 million Watches worldwide, which would put it on a steeper adoption curve that the original iPhone.

The first shipments in April went to Australia, Canada, China, France, Germany, Hong Kong, Japan, the U.K., and the U.S.

UPDATE: Korea’s News 1 reports that 150 Apple Watch customers waited in a monsoon rain Friday for doors to open in Seoul.

Below: The Straits Times interviews Rengamannar: