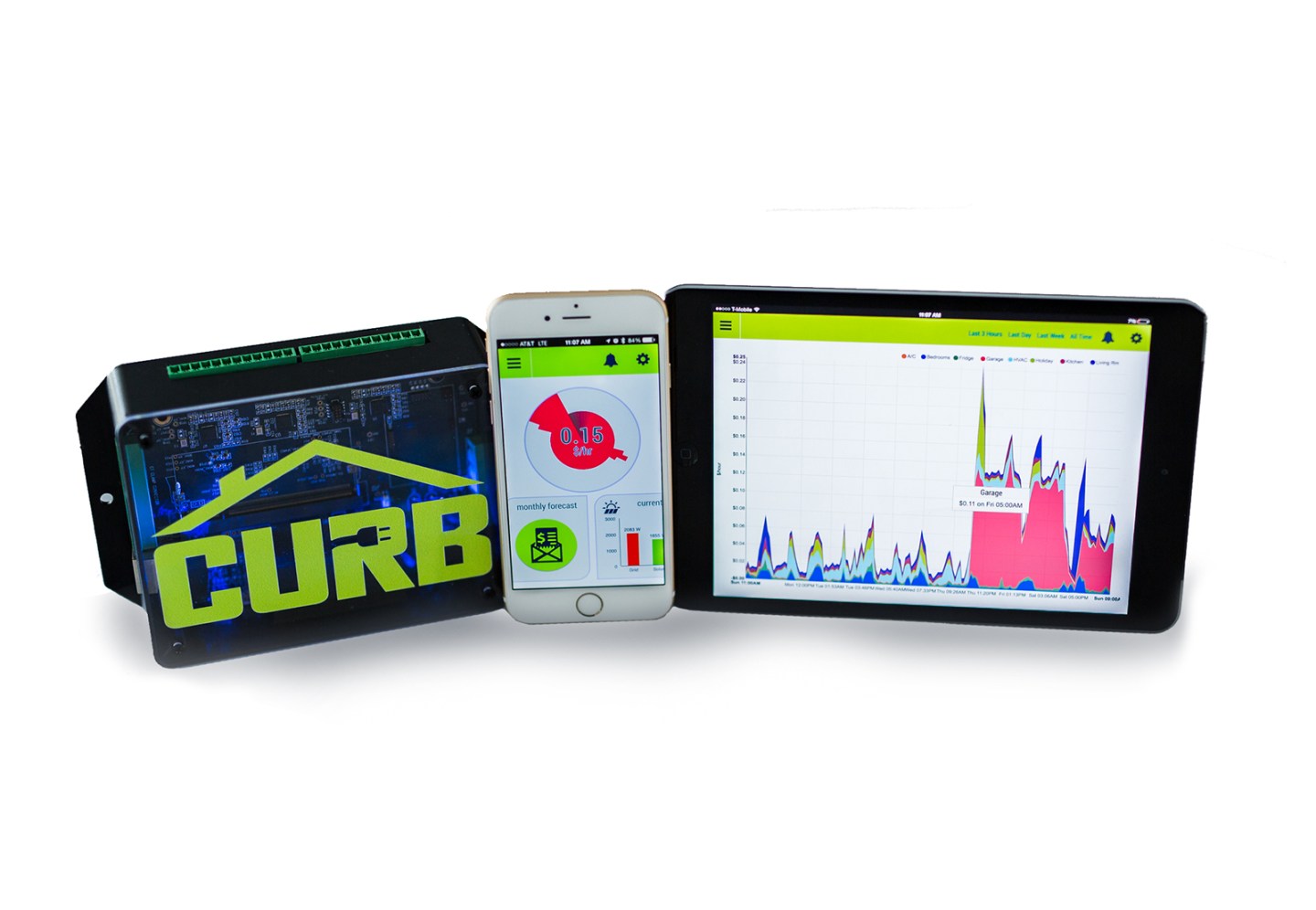 When it comes to the smart home, after security, most consumers are drawn to connected devices for energy savings. The idea that you could save a few bucks a month by automating your thermostat settings or switching to outlets that let you turn off appliances while also showing how much energy those appliances consume, is a powerful draw for consumers.

But a new device launching on Indiegogo today wants to do these devices one better. Curb, a gadget that installs in your circuit breaker box, aims to show consumers exactly how much electricity they are consuming, as they are consuming it. Plug in your iPhone and the Curb app immediately shows you exactly how much your electricity consumption increased. Turn off a light switch and you can watch the meter on your iOS and Android device fall.

This solves a crucial problem for consumers. By giving them exact data for their home, about how they consume electricity, it allows them to change their habits so they can save. Having installed two connected thermostats, a handful of LED lights, and a few other gadgets that could save me energy, I still have no idea exactly how much each device saves me, although I suspect it is less than the claims touted by the manufacturers.

Nest claims it saves people an average of up to $145 per year, but that’s based on averages. Because I work from home, I suspect my Nest and my Ecobee thermostats save me far less. And after paying $60 a bulb for some Hue lights I question how much they save me. For a price Curb can tell me that. For example, one Curb beta customer used the device and app to realize that charging his two Tesla’s (a Model S and Roadster) for the last week cost him about $27.77. That’s great information to have, and could be even more useful in aggregate. With enough users, Curb could actually tell people in a specific area how much it costs to own a Tesla or plug in a phone overnight.

But that’s going to be a tough sell for now. The device is selling to consumers on Indiegogo for $350 for one unit and $649 for a two-pack. If your home has more than one circuit breaker box, you will the two-pack. The devices require a professional electrician for installation as well. Erik Norwood, the CEO of Curb, says he’s trying to get a network of installers to agree to a $100 to $150 price for the basic install, but that hasn’t happened yet because electricians’ rates vary so much regionally. That’s a lot of money just to get a granular understanding of your electricity usage.

Norwood acknowledges that the consumer market may be sparse for the product, but the Indiegogo campaign, which seeks to raise $25,000, is mostly about getting interest in the product and getting it in the hands of more users. The company’s eventual strategy is to work with utilities, solar power manufacturers and perhaps home builders to have Curbs installed as part of the construction process or subsidized as a way to get better data.

Because that is where the power of this device really is. Being able to track exactly how much power a device or object uses turns the world of electricity usage and consumption on its head. With that data a utility could tell the exact drain consumers’ electric vehicles make on the grid or a maker of appliances could learn exactly how much their fridge costs to run in a specific area, as opposed to generating an estimate. At the individual level a consumer could see that turning their heat up might be more costeffective than running a cheap space heater.

It’s the beginning of a truly quantified home.