Emergency Greece talks, and Nike’s earnings — 5 things to watch for this week 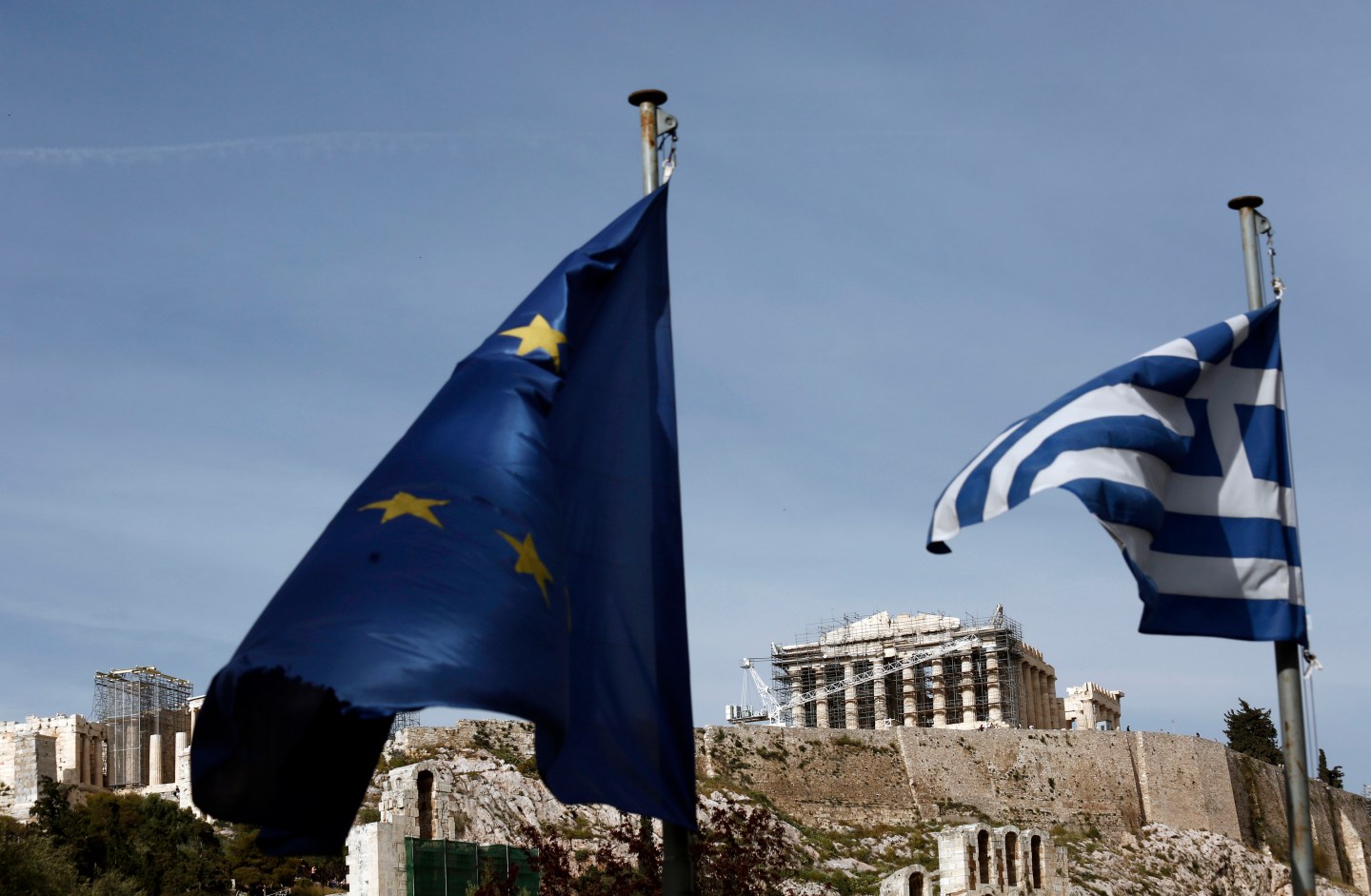 The clock is ticking for euro zone leaders as they attempt to avoid a Greek default with emergency negotiations on Monday. Also meeting will be U.S. and Chinese leaders for an annual discussion of financial and political strategy that comes amid various public tensions between the two superpowers. This week, we’ll also see quarterly earnings for Nike and several other companies, as well as a fresh batch of economic data and a couple of automotive industry events.

Euro zone leaders will gather at an emergency summit on Monday in an attempt to finally make some progress on an agreement that would avoid a Greek default. The meeting comes after meetings between Greek leaders and the country’s European Union and IMF creditors have failed to produce a pact that would provide additional financial aid in exchange for strict Greek economic reforms. Greece’s bailout expires at the end of the month, at which a $1.6 billion payment to the IMF will come due, and European leaders are scrambling to avoid a Greek default amid accelerating bank withdrawals in the troubled country. On Friday, the European Central Bank increased its emergency funding for Greece’s banks.

Nike will report its fourth-quarter financial results on Thursday. Nike (NKE) had another strong quarter — highlighted by strong demand for athletic apparel and growth in the company’s e-commerce business — and the footwear giant is expected to report profit and sales that outpace Wall Street’s expectations. Nike is also set up well for future quarters, thanks to a strong sponsorship presence at the 2015 FIFA Women’s World Cup as well as the recent merchandising deal signed with the NBA. Other companies reporting quarterly results next week include Blackberry (BBRY), Barnes & Noble (BKS), Bed Bath & Beyond (BBBY), and Monsanto (MON).

Leaders from the U.S. and Chinese governments will meet in Washington this week for an annual discussion of financial and political strategy. The meeting will also be an opportunity for leaders from the two nations to clear the air, so to speak, after recent public disputes over issues such as human rights and cyber security, including back-and-forth espionage allegations. The tense relationship has hurt U.S. tech companies, some of whom have had purchases banned by the Chinese government. Last week, Cisco (CSCO) announced a plan to invest $10 billion in China in the hopes of rebuilding trust in the country.

On Tuesday, the Commerce Department is expected to report a 0.5% decrease in May durable goods orders, compared to a 1% drop in April. The following day, the same department issues final gross domestic product data for the first quarter, along with revised corporate profits figures. And, on Thursday, the Labor Department will release the number of weekly jobless claims for the past week.

The two automakers are gearing up for a merger showdown, with Fiat Chrysler Automobiles pushing for a combination that General Motors (GM) rebuffed earlier this month. This week, though, the focus will be on separate events hosted by each company. On Wednesday, FCA CEO Sergio Marchionne will unveil the company’s revamped Alfa Romeo model, which will return to the U.S. for the first time in 20 years as part of FCA’s plan to improve global auto sales by 60% by 2018. GM’s event, on Tuesday and Wednesday, will reveal new products as well as a discussion of plans to grow the Chevrolet brand and GM’s plans for electric cars. There will also be a conference call for analysts and investors where FCA’s overtures could very well be a topic of conversation.