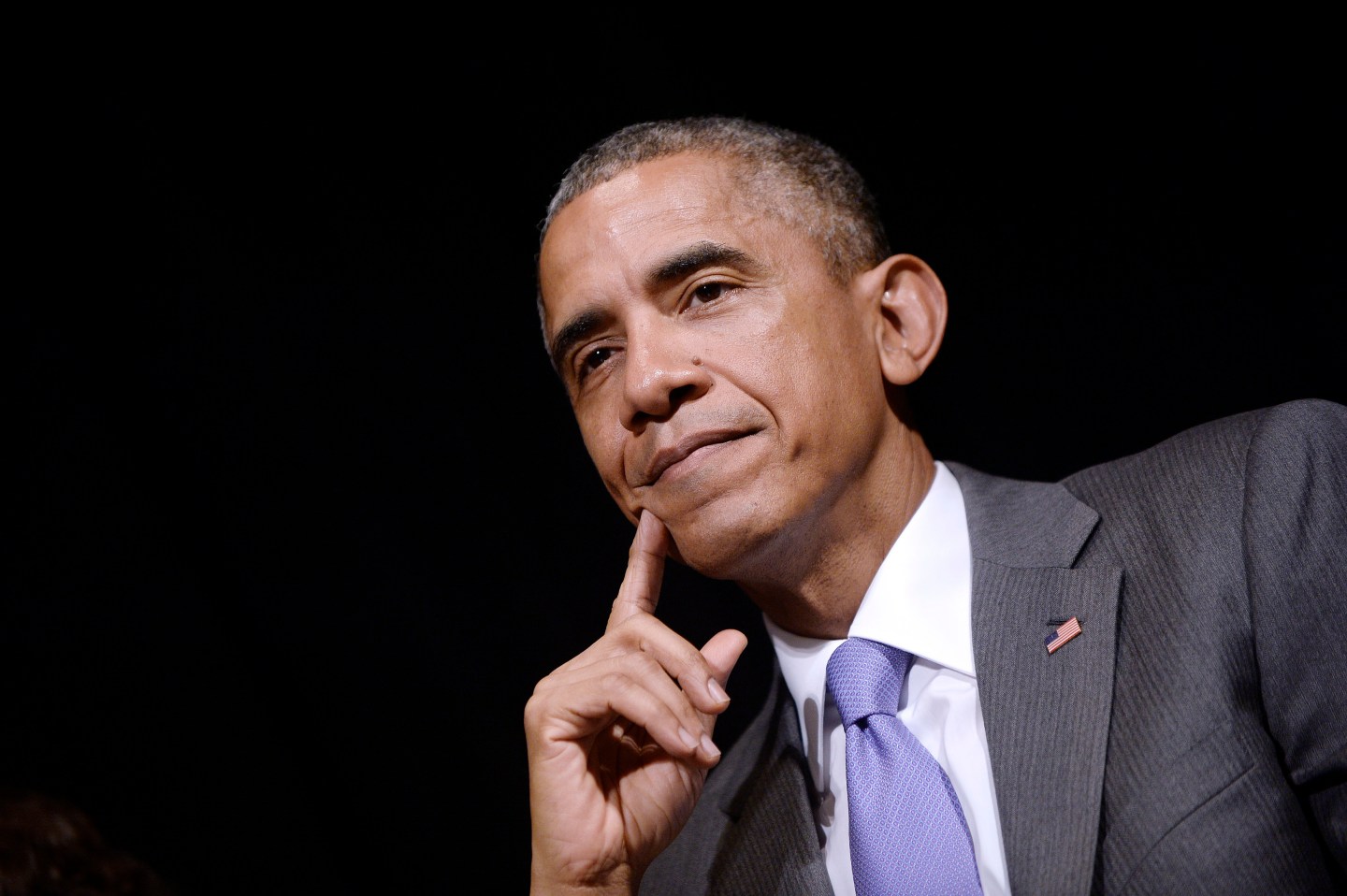 WASHINGTON, DC - JUNE 17: (AFP OUT) U.S. President Barack Obama looks on during an investiture ceremony for Attorney General Loretta Lynch at the Warner Theatre on June 17, 2015 in Washington, DC. Lynch was officially sworn in by Vice President Joe Biden as the 83rd Attorney General of the United States on April 27, 2015. She is the first African-American woman to serve in the position. (Photo by Olivier Douliery - Pool/Getty Images)
Photograph by Getty Images

President Obama’s trade agenda started clawing its way out of an early grave when the House on Thursday approved handing him fast-track authority to wrap up a sweeping Pacific Rim trade pact.

A Democratic revolt last Friday derailed the measure, but the White House now believes it’s struck on a strategy to steer it to passage. The bill, which passed 218-208, gives the president the power to finalize negotiations on the 12-nation Trans Pacific Partnership and submit it for a simple up-or-down vote in Congress. In that sense, it’s a vote that sets up another vote, but the White House has viewed it as essential to successfully completing work on the sprawling and complex deal.

The fast-track measure now heads to the Senate, which already approved it last month as part of a broader package. Republican leaders in Congress — allied with the administration in the trade fight — are still working out how to revive a second provision, crucial to securing Senate Democratic support and making good on a pledge to House Democrats, that extends aid to workers who lose their jobs due to expanded trade.

If free traders can clear that last hurdle, Obama’s trade push will have executed a dramatic turnabout, from seemingly dead in the water less than a week ago to back on its feet and marching forward.