Fitbit investors be warned: past performance does not guarantee future results 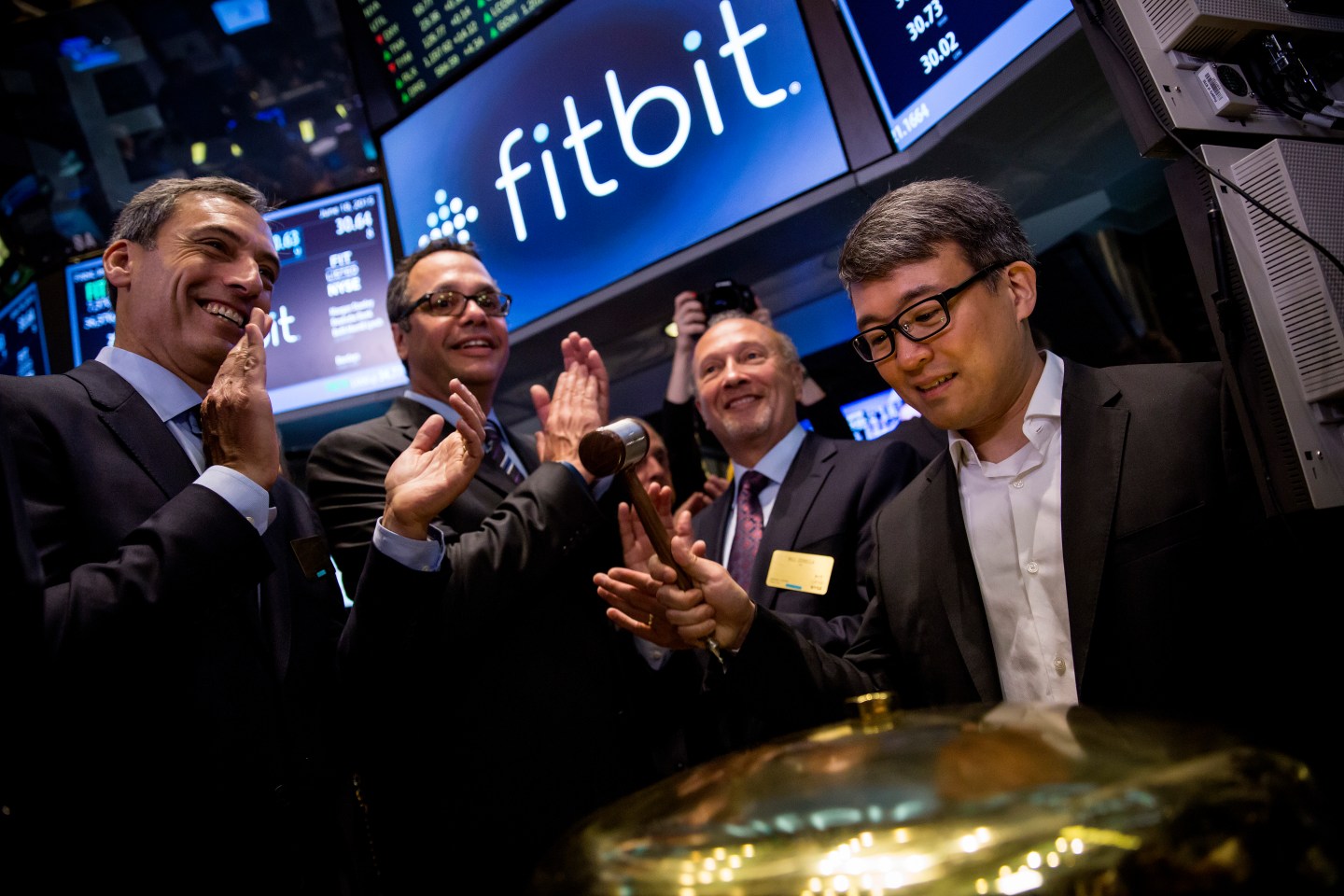 Shares of fitness device company Fitbit spiked sharply on its first day of trading, indicating great investor demand for both wearable devices and profitable technology IPOs. The stock jumped more than 50%, and that’s after Fitbit raised its price twice and sold more shares than expected.

It’s easy to see why investors are excited about Fitbit: Revenue grew 174% last year, hitting $745 million. Further, it recorded healthy profits of $132 million last year, even when taking a costly product recall into account. That’s rare for IPOs today. As my colleague Stephen Gandel pointed out, only 10 of the 37 companies that went public in the first quarter this year were profitable in the past 12 months. In 2013, more than 43% of IPOs were profitable.

Beyond that, Fitbit benefits from a few macro-trends. Investors are desperate to capitalize on the trend of connected devices, or “Internet of Things,” which many see as the biggest tech opportunity since mobile. Yet there are few publicly-traded places to make a play. As I wrote in Fortune’s 2014 Investor’s Guide, the companies with the biggest opportunities are either young and risky or buried inside large companies like Apple (AAPL) and Google (GOOG), so any growth from connected devices will be diluted.

Before today, the closest consumer-facing pure play bet is car navigation system company Garmin (GRMN), which has remade itself as a seller of smartwatches, fitness trackers, and pet-tracking gadgets. Despite Garmin’s 11% profit margins, the company’s stock is down 13% this year.

For those reasons, Fitbit looks like a winner. But that view may be a mistake.

For starters, there’s no indication Fitbit will continue to grow at this pace. Few people in the “wearables” industry believe fitness tracking bracelets are the future. It’s why Nike got out of the business, even after selling $33 million worth of Nike Fuelbands in 2013. By some estimates, one third of consumers abandon their devices, and industry insiders believe that number is much higher. Sonny Vu, CEO of wearable device maker Misfit, believes fitness trackers will be killed by the smartwatch because they don’t offer a compelling enough use case. Once you know how many steps you’ve taken today, what can you do with that information?

This creates tremendous pressure for Fitbit to innovate beyond simply tracking steps and sleep, particularly as the Apple Watch, with rich functionality, begins to dominate the smartwatch category. Even the Apple Watch has not been the blockbuster many expected, with some analysts estimating falling demand. (Others predict an increase.) But that’s okay for Apple. It took several years for iPhones to go mainstream and the $731 billion behemoth can afford a slow start to smartwatch sales.

Fitbit, on the other hand, is small potatoes with a $4 billion market cap. Investors aren’t likely to be patient if growth doesn’t continue as it has, and for player of Fitbit’s size, the tiniest hint of doubt can be brutal.