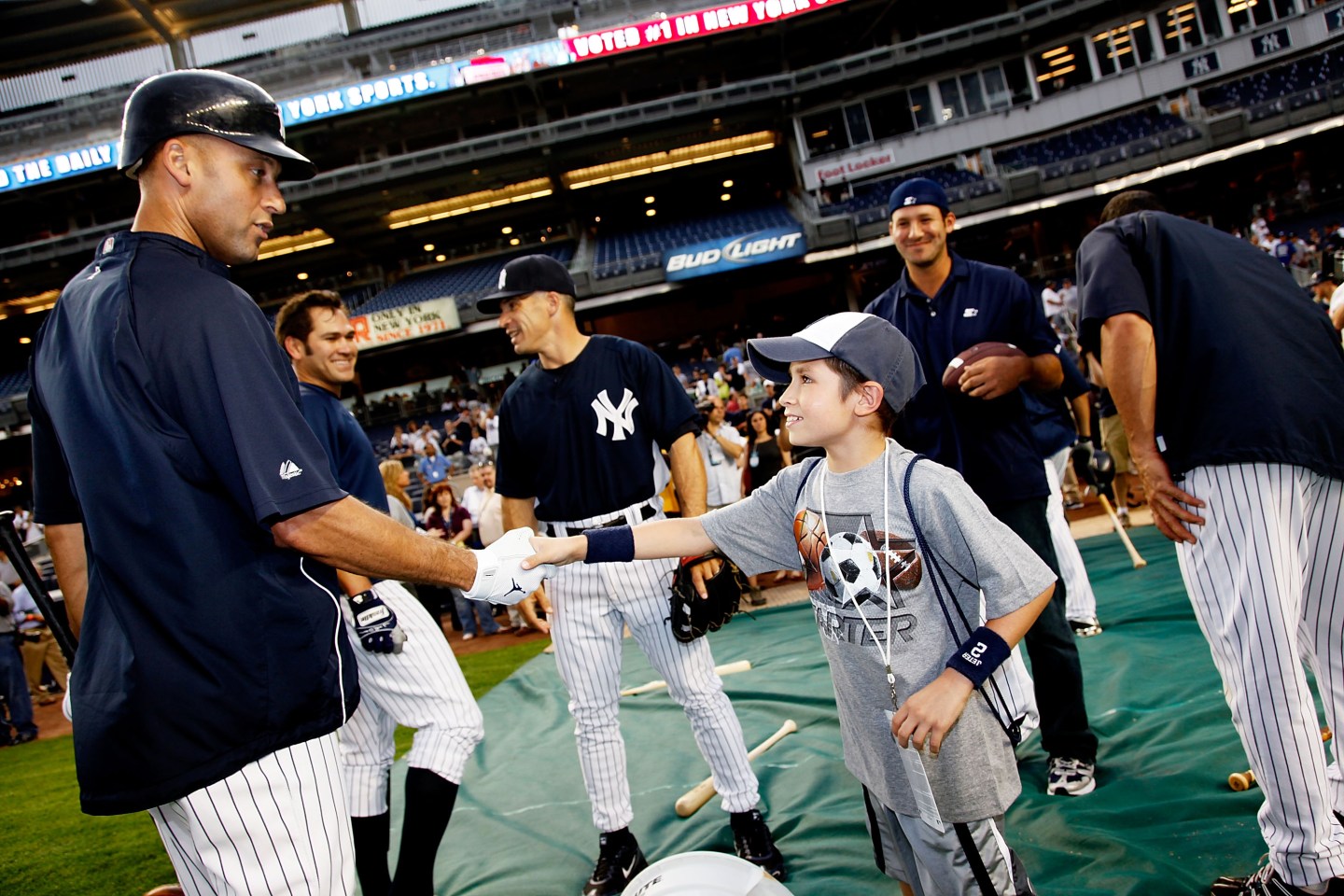 He’s a 14-time MLB All-Star, five-time MLB champion, and founder of a media web site and a publishing imprint.

Derek Jeter’s youth charity, Turn 2 Foundation, has partnered up with StopIt, an anti-bullying app. Jeter personally invested in the startup as well.

Launched just last year, StopIt is a platform designed to fight cyber abuse by kids against kids, and to protect the reputations of schools when it happens. Schools pay the company a small fee—it amounts to a few dollars per student per year, StopIt says—for access to the platform, and students can then download the mobile app for free. The app helps them to quickly screenshot an example of bullying online, tap two buttons, and submit the evidence to a school administrator. The process is anonymous, so there’s no fear, for the student, of being labeled a snitch.

“What we really want,” says founder and CEO Todd Schobel, “is to stop this behavior before it happens. We want to be proactive, not just reactive. And the platform has really become a very large deterrent—kids are thinking before they post.”

Turn 2, meanwhile, is a foundation Jeter launched back in 1996 with his father Charles, a former drug and alcohol abuse counselor, aimed at helping kids avoid vice, excel in school, and become good citizens. The foundation is now run by Jeter’s younger sister Sharlee, who started as a board member at 18, then joined full time after college. The organization has grown to 10 full-time employees and says it has given out some $20 million to after-school programs, leadership initiatives, and scholarships.

Schobel met both Jeters a year ago, and joining forces seemed like a no-brainer, they said. It’s a first dip into tech for both Jeter and Turn 2. “Outside of texting an auction winner at a fundraiser, this is about as technical as we’ve ever gotten,” Sharlee tells Fortune. “It’s obvious the world has completely changed from when Derek and I were younger, and we believe if you can use technology as something that helps protect kids—and do it with the thing they use most and cherish most, which is their phone—then it’s a brilliant idea and it’ll save a lot of lives.”

Cyberbullying is an important issue to the baseball star, his sister says, and it’s one that is getting worse. Security outfit McAfee reported last year that the problem had tripled since 2013. According to the iSafe Foundation, more than 50% of teenagers have been bullied online at least once.

The partnership will mean that Turn 2 incorporates StopIt into its various programs and events, and students from the Jeter’s Leaders program (Turn 2’s primary program) will promote the app in their own schools. StopIt, meanwhile, is in more than 100 schools across 23 states and has just launched a version for colleges and workplaces. (StopIt would not disclose how much venture capital it has raised to date, or whether Jeter has received an equity stake in the company, though it is likely.)

Turning his eye to the tech space was perhaps the inevitable next step for Derek Jeter, the businessman. Jeter, the baseball player, wisely set up a number of different business plans before he retired. He has said that he was thinking ahead all along, planning for when his sports career would end. This foresight is one of the hardest things to find among professional athletes; far too many of them fail to think about their “second life,” as many call it, until they find themselves very suddenly without any steady income stream. It’s why so many athletes file for bankruptcy a few years after retiring from their sport.

In a sense, Jeter is demonstrating a retirement model for other athletes, and that’s part of the reason we placed him on Fortune‘s first-ever World’s Greatest Leaders list last year.

Only one year after leaving baseball, the former shortstop has his hands in a wide range of business interests. His portfolio includes the Players’ Tribune, a web site that began as a place for fellow professional athletes to write somewhat self-serving essays, but has morphed into a bigger operation that involves original photography and video; Jeter Publishing, an imprint under Simon & Schuster that publishes adult nonfiction, along with kids’ books under the name Jeter Children’s; and plans to open a Players’ Tribune Bar & Grill restaurant in the Tampa airport.

Just this week, the Players’ Tribune web site announced it has raised $9.5 million in new funding, led by venture capital firm NEA. In a blog post about the funding, Jon Sakoda, a partner at NEA, called the Players’ Tribune “an innovative new media company” and wrote, “though some may ask whether [Jeter] can have as successful a career as an entrepreneur as he enjoyed in baseball, I personally don’t think you want to bet against him.”

Can we expect to see additional technology investments by Jeter in the near future? Sharlee Jeter isn’t saying. “He keeps me busy enough over here that I stay out of it,” she says, “but I know Derek is looking at all things he believes in and can give his all to.”