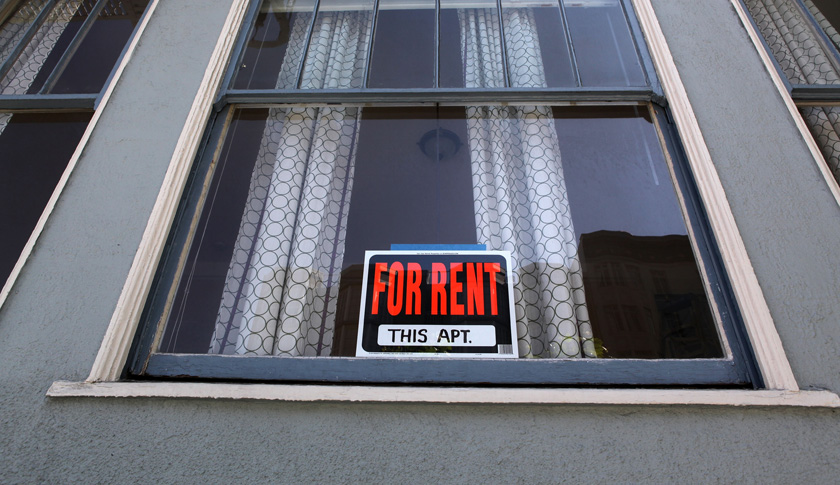 As a technology reporter in San Francisco, I listen to executives pitch their startups all the time, and only rarely do I hear one that really scares me. But hearing about HomeSuite set off my alarm bell.

The young startup, which revealed last week that it had raised $2.3 million in funding and has been operating around San Francisco for several months, made me nervous as a San Francisco resident who has neither deep pockets nor an appetite to move into a new furnished apartment every few months. These are arguably the two requisites for using the service, which bills itself as making short-term, furnished apartment rentals more efficient.

While both serve short-term guests, HomeSuite is different from home-sharing service Airbnb. HomeSuite is a licensed real estate broker that works directly — and only — with landlords. It connects them with tenants who would otherwise turn to other services like Craigslist and Zillow, for a cut of up to 10% of the monthly rent.

Airbnb, in contrast, claims it simply connects hosts with guests. It has no broker license that would let it represent a party or facilitate a real estate transaction. Airbnb also happens to be facing strong backlash in San Francisco because it reduces the number of long-term rentals available. Pressure grew so strong that San Francisco passed an ordinance last year that limits hosts to renting homes for no more than 90 days annually (unless they live there while renting out rooms), along with requiring them to register with the city and pay occupancy taxes.

I’ll be honest: the idea behind HomeSuite sent shivers down my spine when I first read the pitch. San Francisco is in a housing crisis that has raised rents into the stratosphere. An apartment shortage and big tech salaries are partly to blame. People with more modest paychecks are being priced out.

At first glance, I’m not sure that sites like HomeSuite are making it easier for well-heeled San Francisco residents to apartment hop and for landlords to get premium rents will help the situation. In fact, it sounds like the service could make it worse.

Imagine if units used for long-term rentals were converted to short-term, furnished apartments that only cater to wealthy residents. This is an extreme scenario, but it’s not unreasonable to think it will happen. Even without HomeSuite, apartment evictions have been on the rise since 2010, according to city data. Long-time residents are being displaced by high rents and transient tenants who have more money. And yes, regulatory obstacles are blocking landlords from building enough new units to keep up with the demand.

But HomeSuite co-founder and CEO David Adams doesn’t think his service could exacerbate the problem.

“This market isn’t for everyone,” Adams said of the kind of landlords working with his service. In fact, only about 2% to 5% of housing falls into the short-term rental category, he said. Currently, around 2,000 units spread across 900 properties are listed on HomeSuite, said Adams, who declined to share any details about the company’s revenue.

Adams said he founded the company because he wanted a better way to find and rent fully furnished apartments for a few months at a time. HomeSuite, he insists, will make that part of the market better organized and help renters like him who don’t want traditional long-term rentals.

With HomeSuite, short-term renters will have an easier way to find landlords who are expressly catering to them. That’s why Adams believes his service could actually help the housing crunch as it would lead to some units intended for long-term housing being freed up because short term tenants have alternatives. The short-term rental market does about $60 billion in business globally, according to Adams. That’s more than big enough to create a successful business, he says.

I’m just hoping Adams’ version of the future is the one we end up with, not the potentially catastrophic one I fear could emerge.

Next up, HomeSuite wants to expand to Los Angeles, and eventually New York City, among other tough real estate markets. The company’s new funding comes from Battery Ventures, Foundation Capital, and Bessemer Venture Partners, among others.