Nest launches the Nest Cam, a smart camera for the home 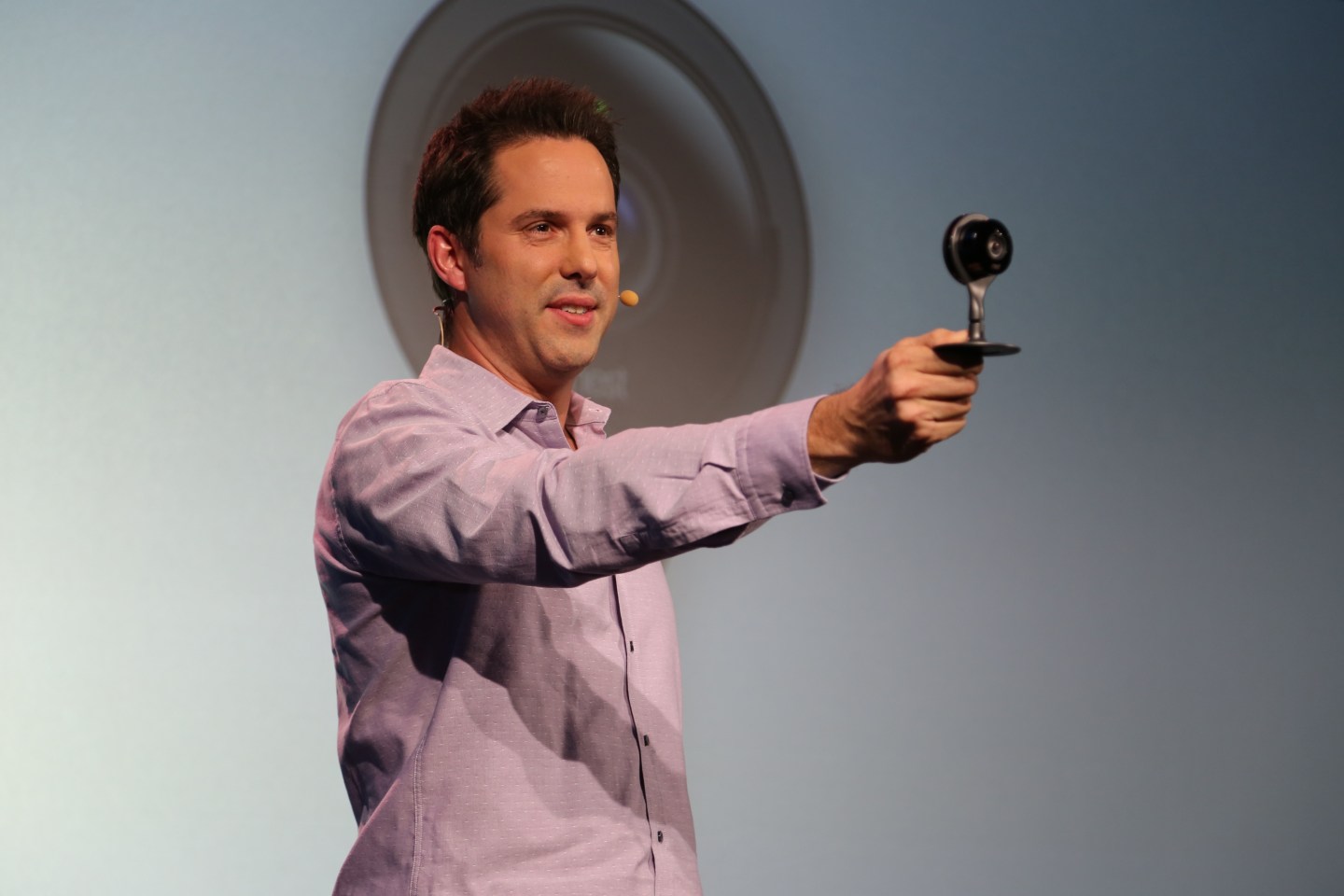 Google’s connected home company, Nest, launched a new connected video camera Wednesday called the Nest Cam, which features a sleek, refined design and smart algorithms that enable users to set alerts and detect unusual events in the home. The Nest Cam will cost $199, and is available for purchase today, with shipments starting next week.

In addition to the new video gadget, Nest also launched a second generation of its connected smoke alarm — its first generation alarm device faced a hurdle with a design flaw last year — and a software update for its smart thermostat product. Nest CEO Tony Fadell called the launch a total refresh of the company’s product line.

Nest acquired the video startup Dropcam last summer. At a press conference on Wednesday, Nest’s Maxime Veron, Head of Nest Hardware Product Marketing, said the new Nest Cam is thinner than the Dropcam device, and uses a zinc alloy stand to make it sturdier and more versatile, a magnet at the base so it can stick onto a fridge, and a tripod mount so it can be placed anywhere. The camera itself can swivel around.

But probably the biggest differences between the Nest Cam and the Dropcam devices are the services, software and features available. Though to access the most interesting services Nest Cam users will have to sign up for a subscription.

Nest’s Veron said that the Nest Cam will ship with a higher resolution than Dropcam, including sharper images at 1080p, and an 8x digital zoom. The Nest Cam device also has a better night vision mode than the Dropcam.

Nest Cam uses algorithms to enable users to set alerts, so if a dog jumps on the couch, the system can connect with an audio message and alert the dog to get off the couch. The system can also set activity zones, so a user can be alerted if there is action and people in a specific zone.

While there are currently still Dropcams on store shelves, the product won’t be manufactured anymore, and Nest is encouraging all of its customers to start using Nest Aware. Dropcam cloud subscribers will be able to access Nest Aware.

On Wednesday, Nest also launched a second generation of its smoke alarm, called the Nest Protect, which is smaller than the original and uses a new sensor that can detect fast-spreading fires and which reduces nuisance alarms. An example of such nuisance alarms would be what happens if you burn your toast. The new sensor being used is called a “split spectrum sensor” and Nest said it is used more widely in commercial applications than consumer ones.

The next-gen Protect also has a longer warranty, lasting 10 years, and a new feature called App Silence, that enables users to silence false alarms using a mobile app. The first-generation Nest Protect had offered a wave-to-silence feature that later led to a recall of the device when it proved too successful in actual fires. The new Protect costs the same as the original did after the recall and subsequent price drop, and is available for order today, shipping next month.

For example, if the alarm detects smoke or carbon monoxide it will turn off the heating and cooling systems via the thermostat to prevent leaks and the spreading of smoke. The new thermostat will also alert users when there’s an extreme weather event, like a super hot or cold day, so a home owner can be prepared and take precautions, like making sure pets are taken care of, or pipes don’t freeze.

Nest’s Fadell emphasized that the company’s products are meant to make the home more “thoughtful,” and not more geeky or more cluttered. A report out from Argus Insights Wednesday morning says that consumer demand for connected home products has fallen by 15% over the last year, with a steep drop in the last few months, due to products that aren’t simple or mainstream enough.