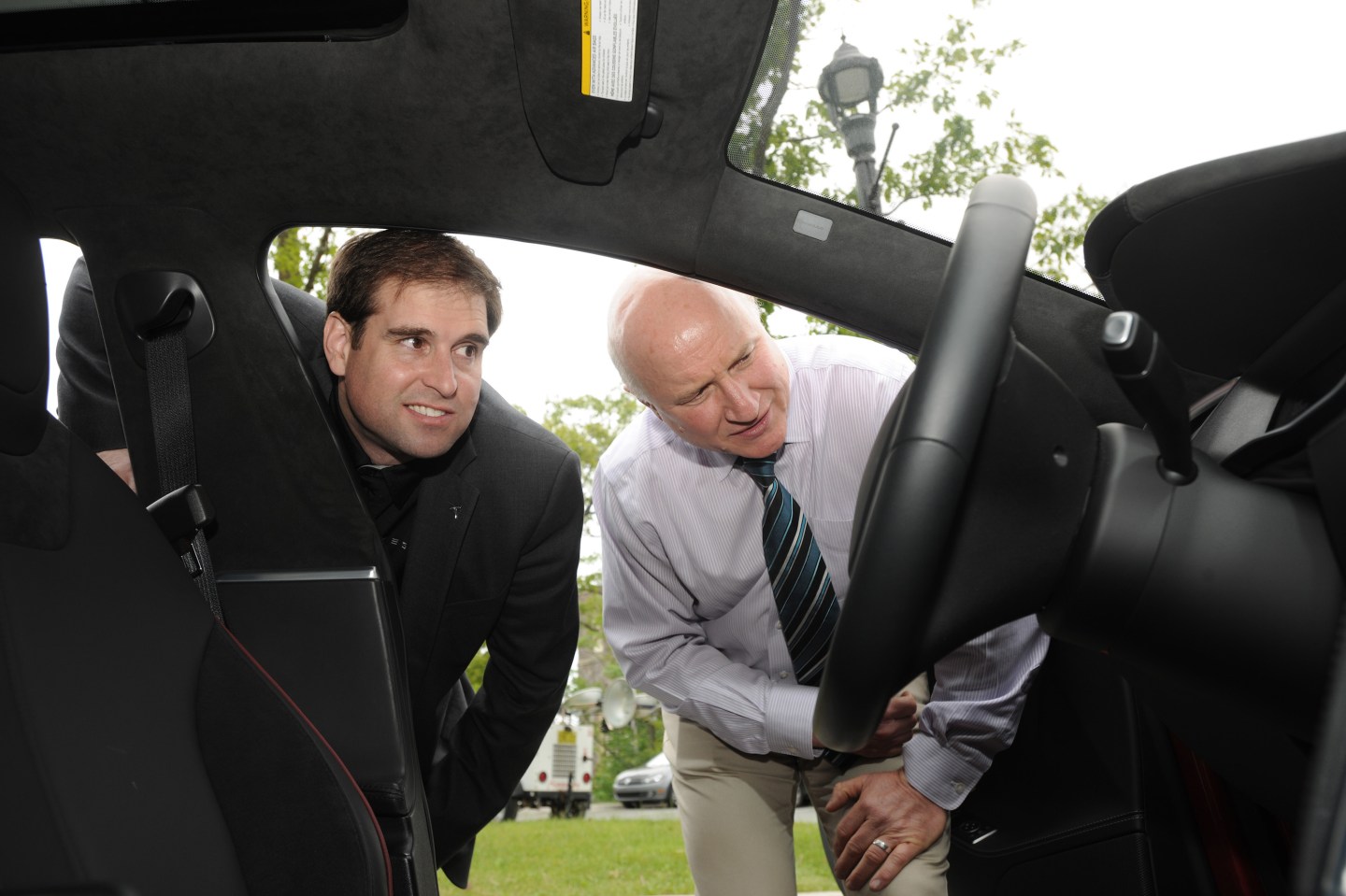 Tesla Motors’ three-step master plan to accelerate sustainable transportation hangs on its ability to build a cheaper mass market electric car. The luxury electric car and energy storage company might have just found a new secret weapon to help it achieve those goals.

Tesla Motors (TSLA) has signed a 5-year exclusive partnership this week with Jeff Dahn, a leading lithium-ion battery researcher and professor at Dalhousie University in Nova Scotia. Dahn is currently working on a project funded by 3M and the Natural Sciences and Engineering Research Council of Canada to develop longer lasting, lower cost lithium-ion battery cells. The exclusive partnership with Tesla will begin in June 2016, once Dahn has completed the 3M research project.

Dahn’s focus won’t just be cost, nor will his research apply only to the lithium-ion batteries used in Tesla’s electric cars. His research team aims to increase both the energy density — or the amount of energy that can be stored in a battery per its volume — and the lifetime of lithium-ion cells, which could, in turn, help drive down costs in automotive and grid energy storage applications.

Conceptually, it’s easy to increase energy density. You can store more energy—about another 25%—in a lithium-ion cell simply by charging it to a higher voltage. However, that comes with a major downside.

“The problem is when you do that [charge it to a higher voltage] the lifetime is compromised,” Dahn said in an interview with Fortune. “So it’s always a trade off between lifetime and energy density.”

If Dahn can crack this problem—a technically difficult task that requires improving or changing the materials of a lithium-ion cell—he could help Tesla produce cheaper, longer lasting, more powerful batteries. That could have huge financial implications beyond Tesla’s electric cars, and could be used in the company’s new energy storage products, the Powerwall and Powerpack.

Dan said his research will focus on lithium-ion batteries, and he won’t be looking at some of the more futuristic next-gen lithium-based batteries, like those that use lithium and air, or lithium and sulfur.

Tesla’s game plan to slash battery costs has centered on building a massive $5 billion gigafactory that will have the capacity to produce 50 gigawatt hours of battery packs a year. The factory, which will be built in the Tahoe-Reno Industrial Center, is expected to reduce the per-kilowatt-hour cost of its lithium-ion battery packs by more than 30% by the end of 2017, the first year of volume production.

That price decrease is necessary for CEO Elon Musk’s bid to make a car 50% cheaper than its luxury Model S. Tesla expects to have phase one of the factory built, operating, and producing battery packs by middle of 2016, Musk told shareholders at its annual meeting in June.

Musk has said the company will also examine pre-cursor materials, particularly nickel, and talk with nickel mining companies in Canada to find innovative ways to reduce the cost.

The gigafactory was what brought Dahn to Tesla.

“I thought, ‘This is fantastic, I’ve got to be a part of this somehow,'” Dahn said of his reaction of Tesla’s 2014 gigafactory announcement.

Under the agreement, Tesla will support Dahn’s team of about 20 graduate students, technical staff and post-docs for at least five years. Tesla and Dahn did not disclose specific financial details of the agreement.