Jeb Bush: Pope Francis should back off climate change 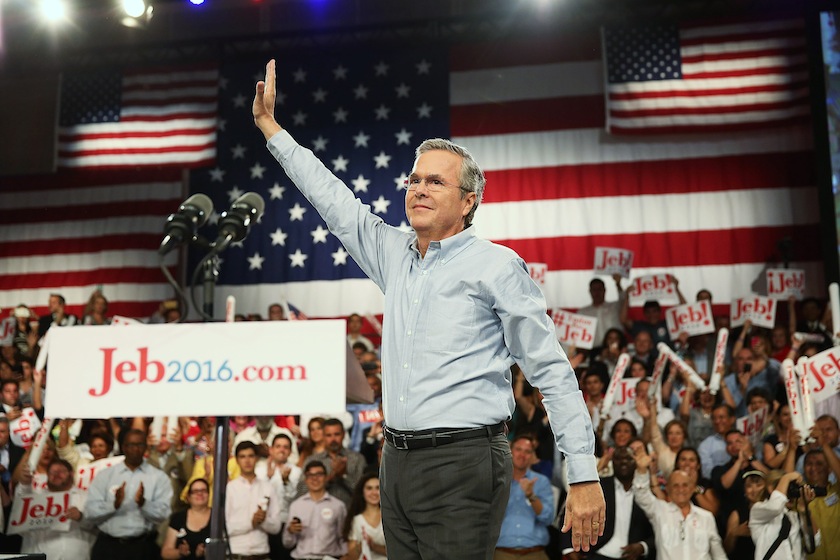 MIAMI, FL - JUNE 15: Former Florida Governor Jeb Bush waves as he walks on stage to announce his candidacy for the Republican presidential nomination during an event at Miami-Dade College - Kendall Campus on June 15 , 2015 in Miami, Florida. Bush joins a list of Republican candidates to announce their plans on running against the Democrats for the White House. (Photo by Joe Raedle/Getty Images)
Photograph by Joe Raedle—Getty Images

Jeb Bush has been busy this week. The son and brother of two previous U.S. presidents announced his run for the 2016 Republican presidential nomination Monday. He also managed to find some time this week to criticize Pope Francis on his climate change views.

The Pope penned an encyclical on climate change — a draft of which was leaked by an Italian newspaper — attributing “the majority of global warming in recent decades” to human activity.

“I don’t know if is all [man’s fault] but the majority is, for the most part, it is man who continuously slaps down nature,” Pope Francis, No. 4 on Fortune’s list of the world’s greatest leaders, told Reuters earlier this year.

Bush addressed the leaked encyclical at a town hall event in New Hampshire, arguing the holy pontiff should stick to his religious expertise and avoid politics. Religion, according to Bush, “ought to be about making us better as people and less about things that end up getting into the political realm.”

Bush went further in his comments to the New York Times. “I hope I’m not going to get castigated for saying this by my priest back home,” he said. “But, I don’t get economic policy from my bishops or my cardinals or my Pope.”

However, Bush said he would wait to see Pope Francis’ final draft before he passes more judgement.