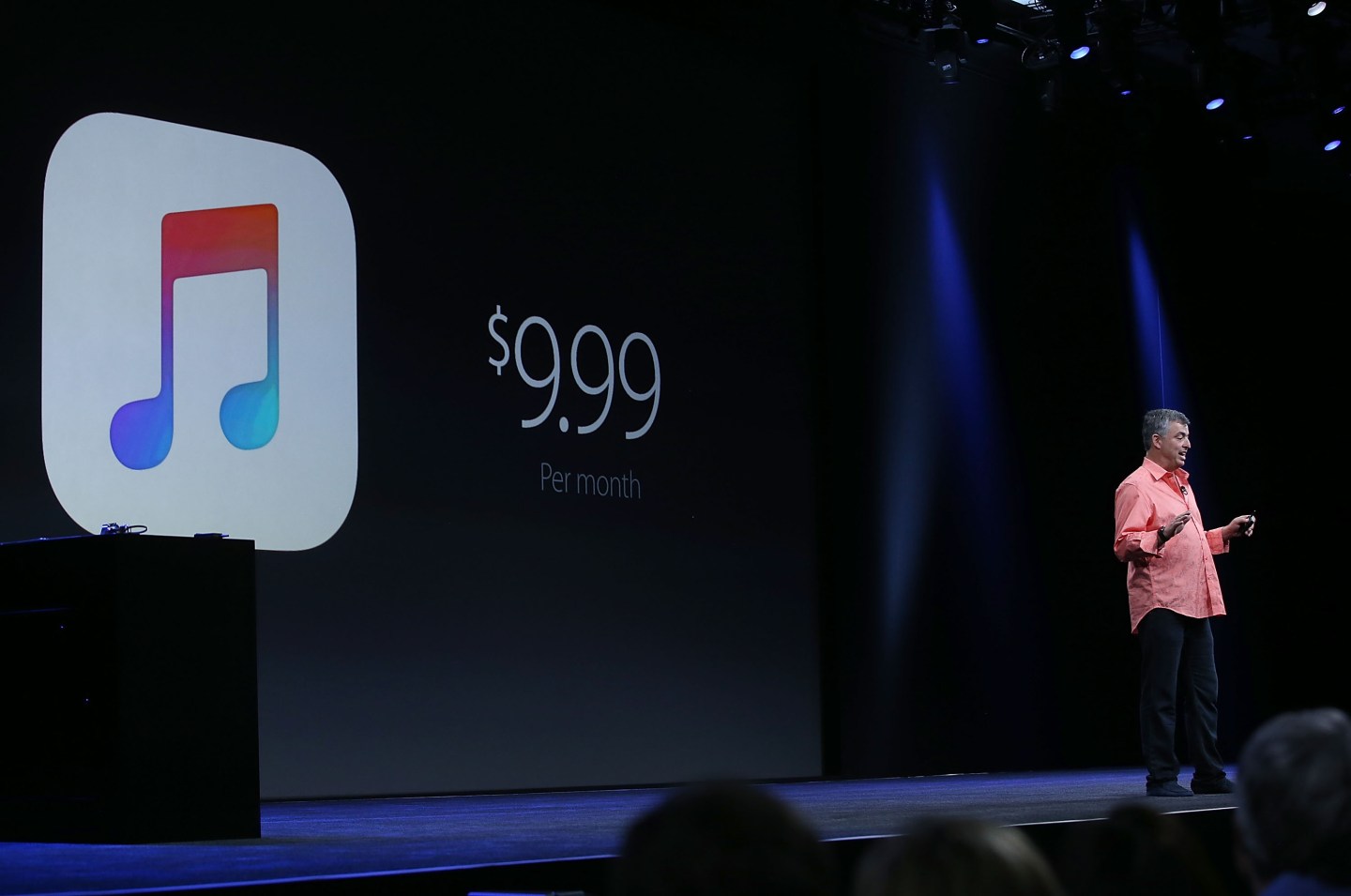 In two weeks Apple Music will debut. Two weeks—yet indie music publishers say they have yet to hear a peep from Apple (AAPL) regarding licenses, Billboard reports. That’s leading many people in the industry to believe that the company will blast the community with a mass email containing a take-it-or-leave-it contract.

But these music publishers may have good reason to sync up with the electronics giant, despite their well-founded fears, which Fortune writer Mathew Ingram lays out here. Apple could win them over with its plan to offer them a slightly greater share of revenue than the 70/30 standard split that they have come to expect from music streaming businesses such as Spotify.

As Apple exec Robert Kondrk reportedly detailed to Re/code: “In the U.S., Apple will pay music owners 71.5 percent of Apple Music’s subscription revenue. Outside the U.S., the number will fluctuate, but will average around 73 percent.”

That means Apple would take home about 28.5% of the revenue, less than Spotify’s 30%.

Apple’s new divvying proposition translates to a revenue-sharing rate between Apple and music publishers that’s 1.5 percentage points higher for Apple Music (13.5%) than what the company offers through its iTunes Match cloud-locker music service (12%), as Billboard writer Ed Christman points out. And that chunk of Apple Music subscription fee is 3.5 percentage points higher than what the company shells out to music publishers for its iTunes Radio service (10%). But is that extra share of dough enough to woo the wary world of indie publishers?

For music publishers and labels alike, one of the major sticking points involves Apple Music’s three month free trial period, during which the company has no intention of paying royalty fees. Those players have complained that so long an unpaid interval could sink them. And it’s largely the reason why Apple has proposed to dig a bit deeper into its wallet and share more generously than its competitors.

“Kondrk says Apple’s payouts are a few percentage points higher than the industry standard, in part to account for the lengthy trial period,” writes Re/code’s Peter Kafka, noting that most paid subscription streaming services, like Jay-Z’s Tidal, offer only a one month-long free trial.

Billboard corroborates Apple’s strategy. The Cupertino, Calif.-based company seems to think its higher rates will offset the costs of the initial grace period for new users: “Apple is offering this higher rate to sell indie publishers on its plan to hold off royalty payments until after its the three-month trial period to consumers,” Christman writes, citing industry sources.

Then again, some critics—including the indie musician Ben Gibbard of the group Death Cab for Cutie—contend that the approach of Apple—and every other hopeful music streaming behemoth—is monopolistic, and therefore downright antithetical to what makes indie indie. Good luck winning artists like him over, sellouts.