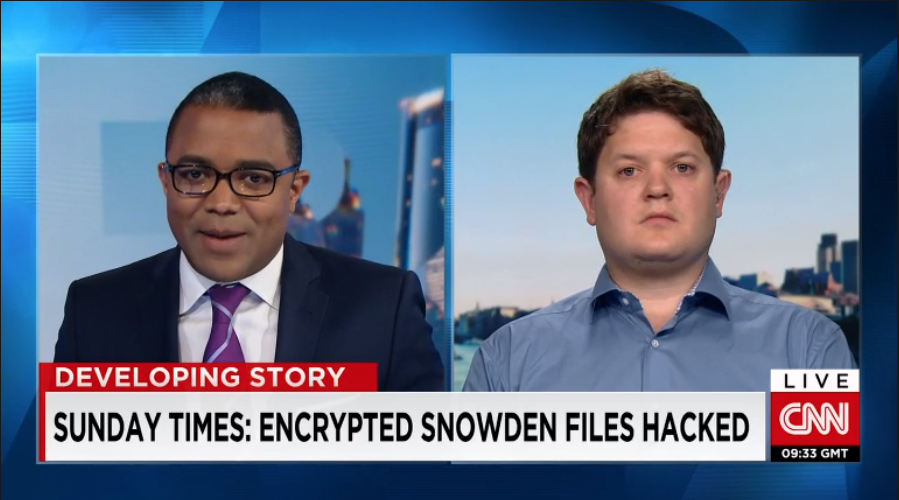 In case you missed it, a front page story in the UK-based Sunday Times magazine generated a furor this weekend. It covered the purported repercussions of former NSA contractor Edward Snowden’s leaks for western intelligence agencies. The report—which relied heavily on unnamed “senior officials” and “senior government sources”—parroted a number of unsubstantiated claims, according to its critics, hammering home a single point of view: that of the British government.

Among other things, the piece alleged that China and Russia had “cracked the top-secret cache of files stolen by the fugitive US whistleblower Edward Snowden,” and that the British spy agency MI6 had been forced “to pull agents out of live operations in hostile countries.” It also ham-handedly insinuated that Snowden had either willingly handed his trove of state secrets over to foreign governments in exchange for asylum, or had lost his documents to them through some other means, such as hacking. All of these suppositions are unproven or tenuously contended, many have pointed out.

To critics, it seems the Sunday Times’ journalists bought into an unsupported, one-sided narrative spun by its anonymous informants.

When an official tells the Sunday Times that “it is the case that Russians and Chinese have information,” no nod is given to the possibility that that information might be the same information to which everyone gained access following the Snowden leaks. The strange tautology is followed by another self-defeating quote, which nullifies an earlier accusation that Snowden has “blood on his hands.” To wit, that “there is no evidence of anyone being harmed.”

“This sort of credulous regurgitation of government statements is antithetical to good journalism,” derided Ryan Gallagher, a Scottish investigative security reporter, in his critical review of the piece. “The entire report is a self-negating joke,” spat Glenn Greenwald, editor of The Intercept and one of the Pulitzer prize-winning reporters who helped shepherd Snowden’s leaks to the public. Whatever happened to good old fashioned journalistic skepticism, the pair ask?

In an interview with Tom Harper, one of the controversial Snowden story’s three reporters (the other two are Richard Kerbaj and Tim Shipman), CNN reporter George Howell uses less invective to dismantle the foundations of the story’s claims. You can watch Harper’s doomed attempt to quell critics’ concerns on CNN here:

Asked how the government officials knew Snowden’s cache of documents had been compromised (again, an unproven assertion), Harper says: “I don’t know the answer to that, George. All we know is that this is, effectively, the official position of the British government.”

Howell presses on. He asks Harper to explain whether Snowden had been hacked or had willingly turned over leaked documents to the Chinese and Russian governments.”Well, again. Sorry to just repeat myself, George, but we don’t know,” Harper says. “When you’re dealing with the world of intelligence, there are so many unknowns and so many possibilities, it’s difficult to state anything with certainty.”

Howell proceeds to deflate the steadily swelling ball of hot air surrounding the story’s reportage with a question as sharp as a pinpoint: “Essentially, you’re reporting what the government is saying, but as far as the evidence to substantiate it, you’re not really able to comment or explain that at this point, right?”

Pity no nameless members of the Home Office were present to chime in.