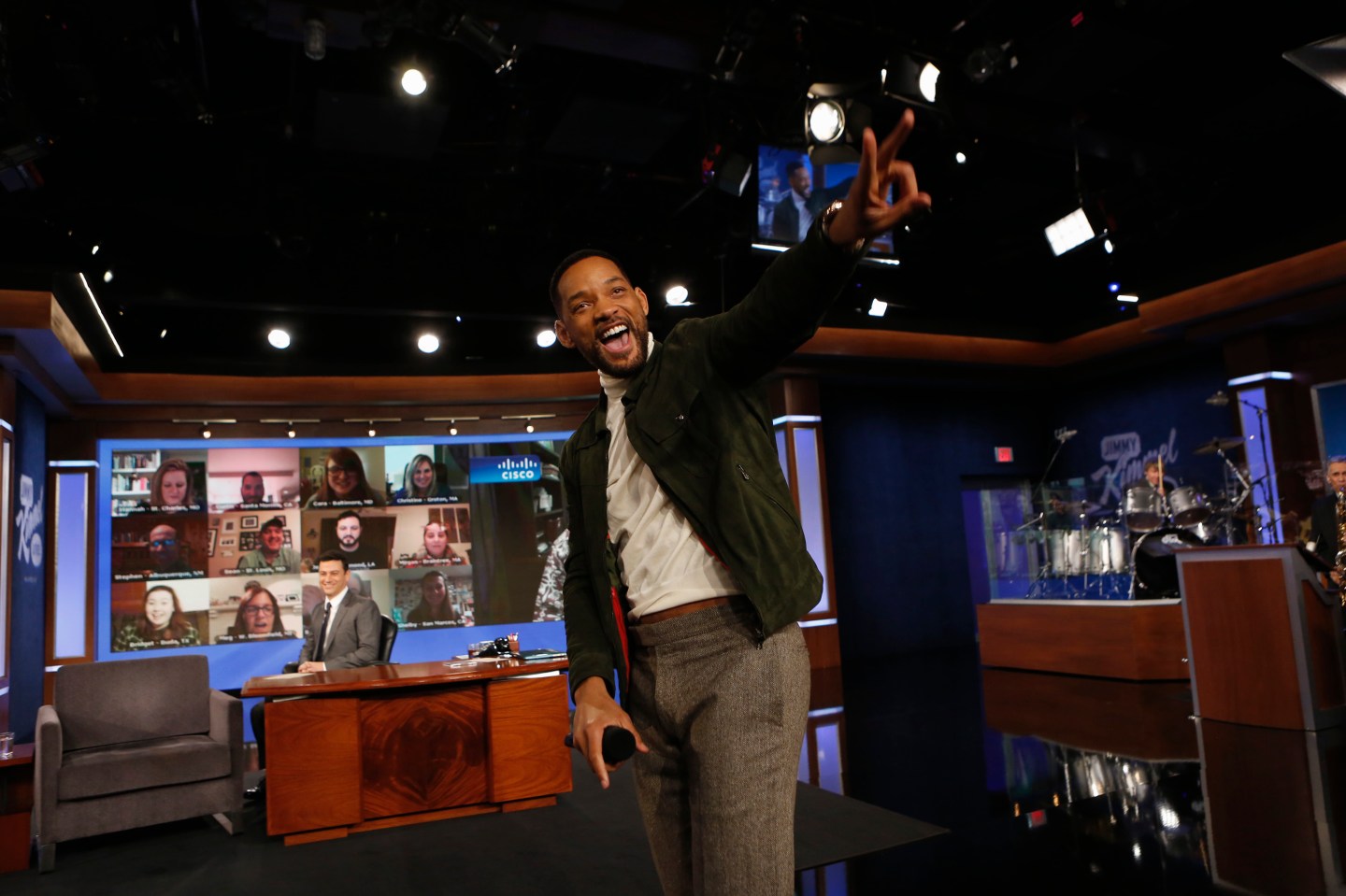 As venture capitalists in Silicon Valley double down on finding the next Snapchat, there’s a new type of investor emerging far from Sand Hill Road that appears to be willing to back some of the riskiest tech ideas: philanthropists.

On Tuesday, a little-known, young energy startup called Quidnet Energy announced that it’s raised a small round of seed funding from a combination of investors including the family foundation of celebrity couple Will and Jada Smith, the foundation created by entrepreneur James LeVoy Sorenson, and a new non-profit that has emerged to connect philanthropists, risk-taking entrepreneurs, and early stage startups.

Called the Prime Coalition, the non-profit was created by young MIT hotshot Sarah Kearney, with an idea that foundations could be a brand new, and largely untapped, source of funds to support high risk, but highly-promising, tech ideas that can fight climate change. The Prime Coalition brought the Quidnet investment to the Will and Jada Smith Family Foundation and the Sorenson Impact Foundation, among other individual investors.

The foundations’ support of Quidnet, as well as the non-profit’s existence, were unveiled on Tuesday as part of President Obama’s call to action to encourage more private investors to fund technologies that can fight climate change. Announced in February, Obama’s “Clean Energy Investment Initiative” has a goal to catalyze $2 billion of such funds for these type of mission-driven tech startups.

On Tuesday the White House plans to hold a day-long event focused on new opportunities for private investment in incubating climate change fighting tech, including announcements about new executive actions. Vice President Joe Biden plans to give a speech closing out the summit. Other groups like the Hawaiian incubator the Energy Excelerator will be announcing news.

While doing research at MIT, Kearney was surrounded by energy researchers that were trying to move projects out of the labs and into the real world. But as the former Executive Director of the Chesonis Family Foundation— the foundation created by telecom entrepreneur and MIT alum Arunas Chesonis— she oversaw mostly non-recoverable grants put into basic science and research.

There was a disconnect between need and funding and it certainly wasn’t being filled by venture capitalists, who tend to want a certain amount of return on an investment. Early stage energy investing, or cleantech, proved years ago to be a much more difficult avenue for a venture firm to make money. These days VC funding for early stage energy startups has all but dried up.

For a foundation, however, if the rare grant to a good cause also happens to make a bunch of money back for the foundation, well, then that’s a truly excellent upside. Investor Matthew Nordan, who acts as the Chairman of Prime’s Investment Committee, explains it as: “if you look at it as a grant, it’s genius. It’s a superior form of philanthropy. If you look at from the VC perspective, it’s a bad investment.” As a former VC with Venrock, Nordan witnessed first hand the evaporation of VC funds for high-risk energy tech.

Nordan says while this type of funding is rare in most industries, it’s not unheard of in the health sector. Years ago the Bill and Melinda Gates Foundation backed Genocea Biosciences, a startup working on vaccine discovery and development. Genocea went public last year, making its investors considerable money, the foundation held 6.2 percent of the shares at the time of the IPO. If more philanthropy-backed tech startups take off, other foundations could see similar, or even greater, returns.

You might wonder why foundations wouldn’t just make these tech investments on their own without a non-profit guiding them. That’s because the work is actually very different. A head of a foundation is used to allocating funds to charities and building those relationships, not doing due diligence on highly technical and highly risky ideas, and wading through the legal avenues that early VC-type of funding would require.

Prime offers experience and knowledge, and down the road will also have a handful of potential startups that it can recommend to foundations and philanthropists as worthwhile ventures. In addition to the the Smith and Sorenson foundations, Prime is working with the Chesonis Family Foundation, the Pritzker Innovation Fund, and a handful of others.

Drew Fitzgerald, an energy advisor to the Will and Jada Smith Family Foundation, called the new model of investing “the next generation of foundational giving,” as well as “a bit of a risk” because the method is so new. If the model ends up working, Fitzgerald says the Smith Foundation hopes other foundations will consider similar types of investments.

Quidnet Energy was co-founded by serial entrepreneur Aaron Mandell (who also had a hand in AltaRock Energy, WaterFX, and Coskata) and oil industry engineer and inventor Howard Schmidt. The startup is using pressurized water injected into ground wells as a way to store energy. Pressurizing water and pumping it into underground wells requires energy, and when the water is later expelled or used in a high-pressure water cleaning system, that stored energy can be accessed.

Quidnet’s Mandell told Fortune that the project began as a risky experiment, not as a company with a high-return business strategy. In Erath County, Texas, Quidnet is using the initial funding to work on a demonstration of the technology at an oil and gas well that never produced fossil fuels. Mandell says the demonstration is going well and down the road Quidnet plans to raise more funding to scale the technology closer to a commercial level.

If it works, Quidnet’s technology could be used as energy storage for the power grid, in the same way that Tesla plans to sell its batteries to utilities and industrial building owners. Mandell made the analogy of a Quidnet water well as a “computer hard drive for the power grid,” storing resources until they’re needed. Think of it like an underground water battery.

For the Prime Coalition, as well as the Will and Jada Smith Family Foundation, Quidnet Energy is being used as a sort proof of concept for this brand new funding model. Prime needed an example of the types of deals that it could bring to its potential foundation partners, which were both promising, potentially game changing, and mission-driven, but also wouldn’t likely be backed by traditional investors.

Out of the $600 billion in assets of private foundations, about $50 billion goes out as grants every year, says Kearney. If those funds could be tapped for energy moonshots, they could be a very valuable source to help incubate and eventually commercialize technologies that could help fight climate change and research new alternative energy technologies. They could also, in theory, make some of their foundations even more money for future projects.

The Prime Coalition is just one example of a wave of new organizations that are looking to invest in young entrepreneurs building science-heavy startups, following the decline of venture capital investing in hard-to-commercialize science experiments. Others include Cyclotron Road, Otherlab, and the Department of Energy’s ARPA-E program.