The new labor movement and the transient advantage economy 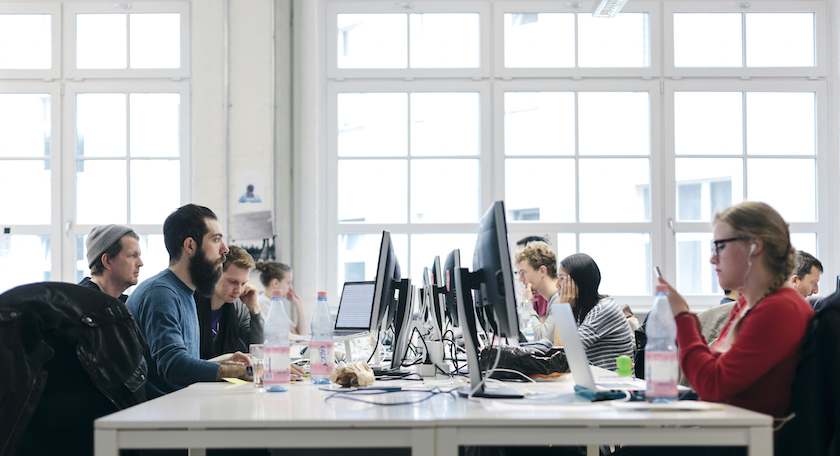 Big Labor was very much in the news this weekend as it presented a united front to “just say no” to greater freedom of global trade. It’s taken some time, but union leaders seem to have finally learned a few things. If a policy is bad for one group of middle-income people (think steelworkers) it is eventually bad for another group (think firefighters). As a recent article in the New York Times makes clear, public-sector union members, who once thought they were relatively immune from the problems afflicting their private-sector brethren, have finally connected the dots. When jobs are lost to globalization, the hollowed-out communities left behind still need services but don’t have the money to pay for them.

Even worse, empty government coffers have been blamed for a steady contraction of employment in the public sector—those very same firefighters, policemen, and teachers who were supportive of the efforts made by their private-sector brethren, but who basically sat on the sidelines until now.

In short, traditional “Big Labor” has figured out in this case how to exert the kind of influence that many thought was gone for good. It used the traditional organizing and communication tactics that have been well honed over many decades of practice, right down to making it very public which legislators supported its positions and which didn’t. This is labor in pursuit of the agenda that the original president of the American Federation of Labor, Samuel Gompers, laid out for it. “What does Labor Want?” he wrote. “Labor wants more schoolhouses and less jails; more books and less arsenals; more learning and less vice; more constant work and less crime; more leisure and less greed; more justice and less revenge; in fact, more of the opportunities to cultivate our better natures.”

But even as the unions celebrate a rare victory born of collaboration, it is clear that the traditional labor union, born of a different economic time, has been in retreat. As a percentage of the American workforce, unionized employees have dropped from nearly a third of all workers to one in ten today. Among the reasons for that decline are that traditional labor unions were created in an era in which competitive advantages and the companies that created them were regarded as relatively sustainable. In the sustainable advantage paradigm, people assumed that an organization’s competitive advantages, once built, would last for a long time. In that world, labor agreements could be forged by participants who knew what the business parameters were likely to be. Those assumptions change radically in what I call the “transient” advantage world, in which a company’s competitive advantages last only briefly, to be replaced when things change. In an economy built of transient competitive advantage, the rigidity and formulaic approach of traditional unions is inconsistent with the agility required to be successful today.

But wait! In an unlikely corner of the media universe, a new kind of labor union, with very different ideas about what workers want, is poised to emerge. Over at Gawker Media’s hip rooftop lounge are young workers with much-sought-after full-time jobs in a creative enterprise, who nonetheless voted to organize. How did that happen? The organizers are very clear that they like working at Gawker, feel they are treated very well, and they aren’t paid badly either. So what’s with the union effort?

In my opinion, this is one of the first manifestations of institutions coming to grips with the true implications of the transient-advantage economy. As conventional jobs and career ladders are replaced by “on-demand,” project-based or piecemeal employment relations, workers are worried. At Gawker, those twenty- and thirtysomethings know plenty of hair-curling stories about workers who, not necessarily through any fault of their own, ended up on the wrong side of a company’s performance: the ones who got sick and were replaced because the company couldn’t afford health care, the ones who were let go en masse because the company didn’t perform (GigaOm, anyone?), the ones who cobble together a living as freelancers and hope the work and the bills balance out at the end of the month, and more.

So what do the workers at Gawker want? The specifics have yet to be hammered out. But early reporting suggests that what they are after is a bit more control over their lives and a bit more security: good severance pay, certain salary minimums, regular performance review meetings with their supervisors, and a ban on their employer making changes to their health care plans without union approval.

Will these kinds of wishes become the center of a new kind of union, one that is more flexible and cooperative, than unions in the past? We can hope so, because without unions, ordinary workers have few mechanisms with which to advocate for their own interests. And interestingly, Gawker management seems to be all for it.

Samuel Gompers would be proud.