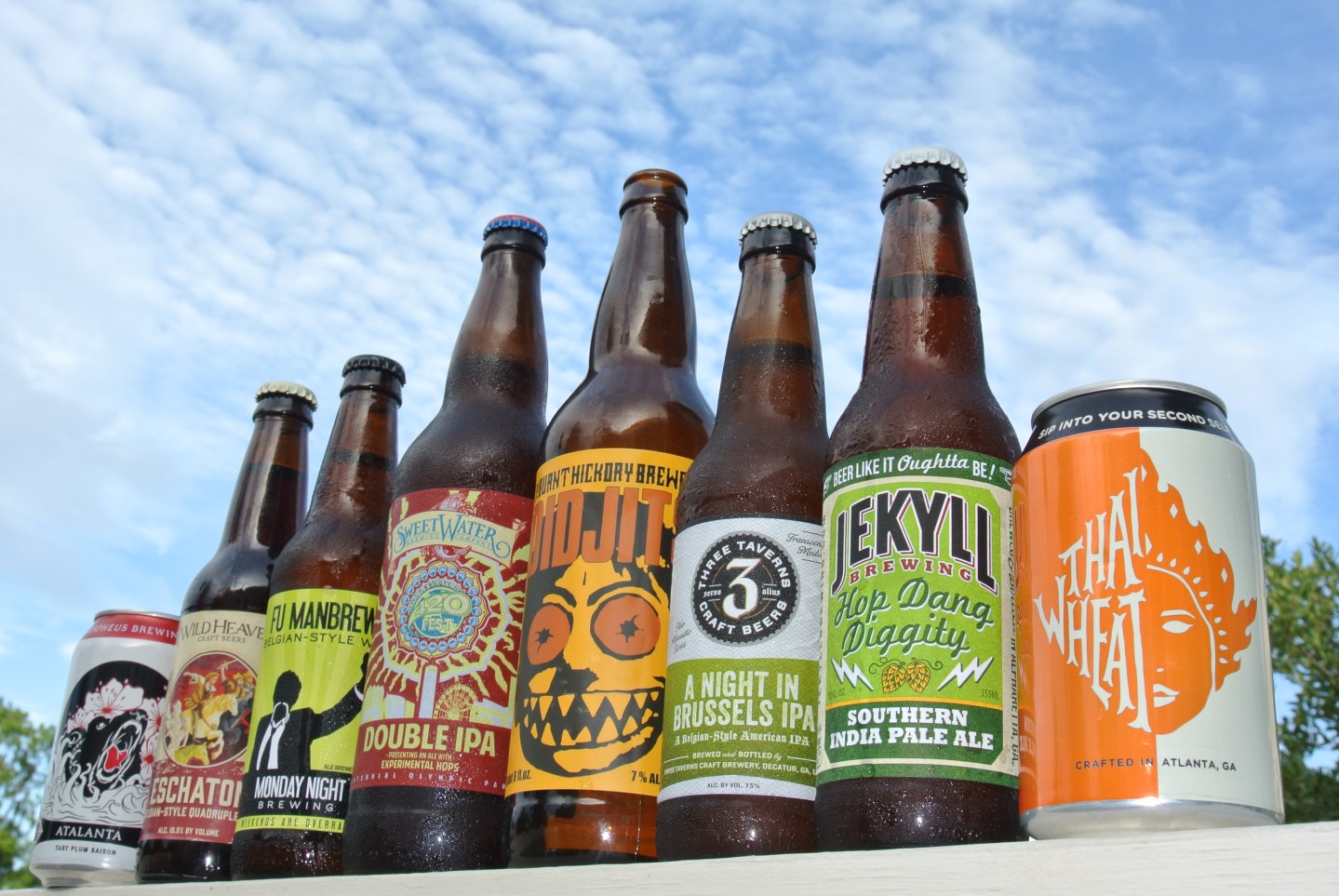 Craft beer makers in Atlanta have their work cut out for them.

For one thing, they’re pouring in a city with sophisticated beer tastes—which has long had its pick of quality national craft options, meaning the learning curve for brewers is especially short.

“The Atlanta craft beer … drinker has been groomed and educated on some of the best beers on the market, so the bar is very high,” says Brian Purcell, owner of Three Taverns Brewery. “Because of that, I think they’re more critical than some other states where in the early years of craft. Having said that, though, I think they are extremely loyal to well-made local craft beer.”

Keeping customers happy isn’t the only hurdle, though. They also have to deal with Georgia’s prohibition-era laws and the commanding lobbying power of state liquor distributors, who have resisted efforts to update those laws. An effort to swing things in favor of brewers earlier this year made some progress, though still fell far short of its goals.

Nonetheless, there was a victory of sorts. Starting July 1, breweries will—in a convoluted, roundabout way—finally be able to sell beer to customers. Technically, they’ll sell tours of the brewery – and patrons can then enjoy up to 36 ounces of free beer onsite or take home up to 72 oz. as a “souvenir”. It’s political contortionism at its most ridiculous, but it’s a baby step in the right direction.

“If we compare it to what’s right and just, it’s a very flawed piece of legislation and it puts Georgia at a competitive disadvantage,” says Nick Purdy, owner of Wild Heaven. “But if I look at it simply as a business owner…it will improve our business, so in that way it’s a positive.”

“It’s a crack in the door,” adds Spencer Nix, CEO of Reformation Brewery. “Hopefully, we can kick more of our way in next year.”

Despite the obstacles, Atlanta is growing a good crop of craft breweries. In the greater metropolitan area, there are 19 breweries and brewpubs—with an estimated 14 more getting ready to open, according to data from the Georgia Craft Brewers Guild. and the Brewers Association.

Sweetwater is the biggest—and any craft beer lover who has flown through Atlanta’s Hartsfield-Jackson International Airport has probably had a chance to sample some of that brewery’s offerings. Others, such as Red Hare and Red Brick are available in several Southeastern states (and increasing their footprint).

But several of the microbrews I visited aren’t looking to become national brands, preferring to focus on their hometown and the immediate surrounding region.

“I don’t want to sell beer any farther from [Atlanta suburb] Avondale Estates than I have to to keep our numbers right,” says Purdy. “I have an ambition to be very big, but I don’t think that means I have to go across the country.”

“We don’t want to be the next Sweetwater,” he says. “We want to be Cherokee County’s brewery. I grew up less than a mile from this brewery. I benefited a lot from this community. So to be the spot where people come to celebrate moments, that means a lot to us.”

If you happen to be in Atlanta, the big stops like Sweetwater are certainly worthy of a visit. But you also absolutely should make it a point try the breweries that have smaller distribution footprints. Here are a few local beers to start with.

Reformation Cadence: A Belgian Ale with strong fruit and caramel influence, this is a smooth drinking beer that gets the balance of sweet and spice right. You’ll taste the orange and cloves over the Belgian yeast—and there’s a very slight hint of fig at the finish. It’s a well-balanced drink that goes down incredibly easy. (ABV: 6.9%)

Burnt Hickory The Didjits: Take a solid IPA and add the sweet tanginess of blood orange and you’ve got a wonderful, unique combination. What could easily have been overpowering or barely there turns out to be perfectly balanced of hops, malts and orange. There’s a tartness riding on top of the slight bitterness of the IPA that detonates in your mouth, becoming sweet and lingering a bit at the finish. An absolutely terrific beer. (ABV: 7.5%)

Jekyll Brewing Hop Dang Diggity: Hop Dang Diggity may be the Atlanta beer that’s most fun to order out loud. It’s no novelty, though. A big, bold IPA with very nice citrus and pine elements, it has a crisp bitter finish that lingers for just a moment, but ultimately is very clean. Hints of caramel round out a nicely complex beer. (ABV: 6.7%)

Second Self Thai Wheat: This isn’t the wheat beer you’re expecting. Infused with ginger and lemongrass, it’s almost shandy-like, but avoids the cloying sweetness that can come with that style. It’s a wonderfully complex brew that comes with a terrific nose and a refreshing dry finish. A great summer beer. (ABV: 5.1%)

Three Taverns A Night In Brussels IPA: Mixing together elements of a Belgian beer with an IPA seems a curious blend, but it actually works well under the watchful eye of Joran Van Ginderachter, Three Taverns’ brewmaster. The yeast is initially stronger than the hops, and there’s an explosion of fruit and citrus, but the hops show strength at the finish, resulting in a smooth medley of flavors. (ABV: 7.5%)

Monday Night Brewing Gun Show: The nose for this Belgian pale ale is deceiving. You’ll likely think you’re about to taste a sour beer, but the first sip surprises you with pear flavors—a surprisingly tasty addition. You may also pick up some honey notes, but those aren’t overpowering. (ABV: 8%)