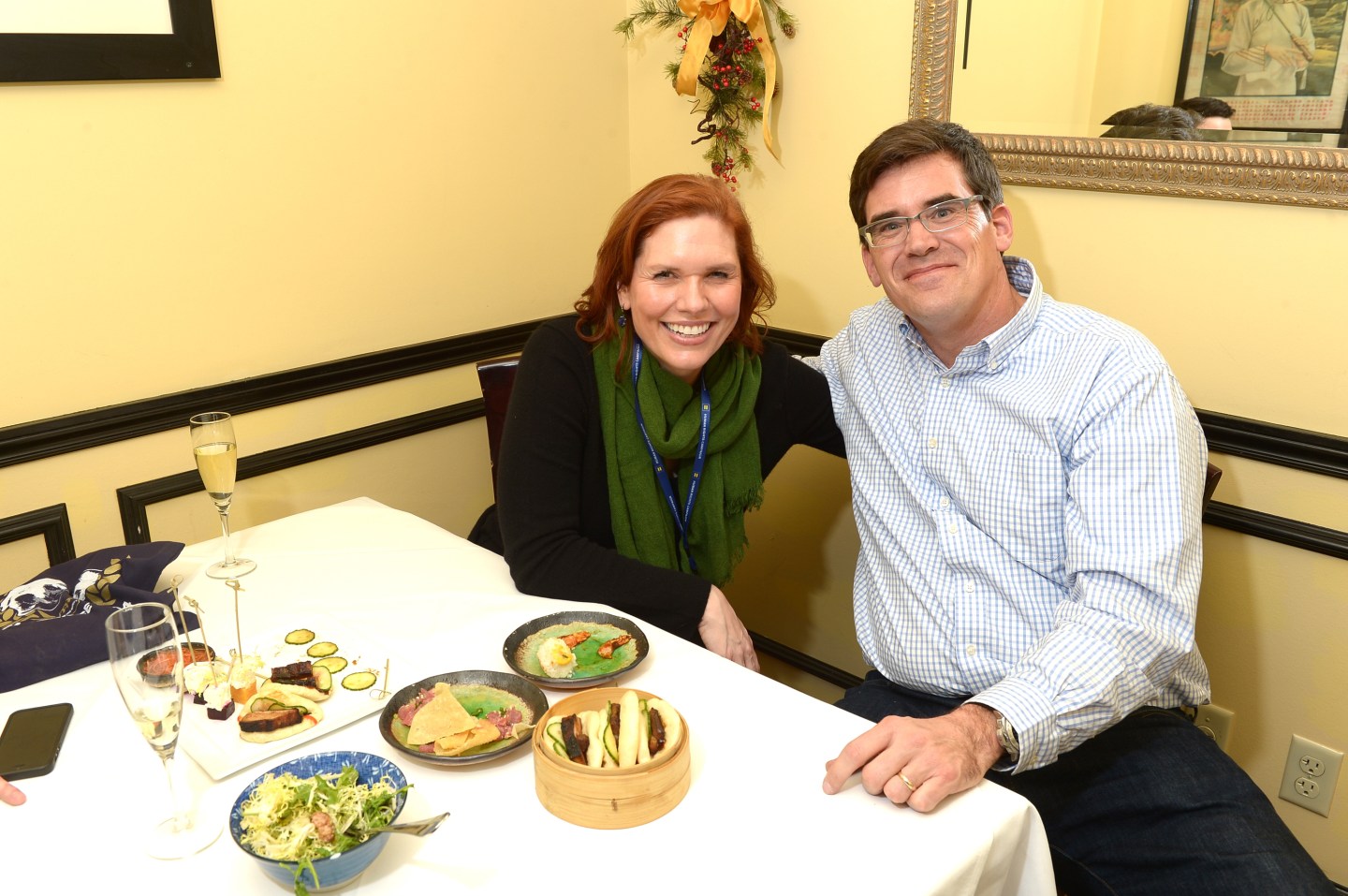 Michelle Obama is a hugely popular First Lady. But it wasn’t always that way. As a candidate’s wife in 2008, she stirred widespread indignation for suggesting that her husband’s political rise was “the first time in my adult life I am really proud of my country.”

Aides jumped to her rescue and started softening her image, granting interviews to women’s magazines and steering clear of hot-button issues. But when Kristina Schake, 45, arrived in 2010 as the First Lady’s communications director, she amped those efforts into overdrive. Remember the self-parodying “mom dance” with Jimmy Fallon? Schake’s fingerprints were all over that one. Potato sack races across the East Room with the Late Night host (captured, of course, on Pinterest)? Schake. The supposed “undercover” shopping trip to Target? Schake again.

A master of political optics, Schake’s job deputy communications director is to accomplish the same for former First Lady Hillary Clinton as the candidate tries to layer a warmer image on top of her leadership experience. Schake is also known as a stern enforcer of her boss’ image, often to the consternation of many around her, including the press. But even her critics are in awe of her handiwork. On Obama’s staff, Kristina was also credited with having helped recruit corporate partners to leverage thinly-resourced initiatives (think Disney (DIS) and Walmart(WMT) signing on to Obama’s “Let’s Move” campaign to fight childhood obesity.)

When Schake first approaches a mission, she does so with consideration and caution. “We both like lots of preparation, lots of reading, lots of wading around waist-deep in water before making a decision,” says her big sister Kori Schake. In the case of Michelle Obama, she adds, “Kris watched her carefully, [studying] how to draw out what already exists—that warmth and caring. My sister found ways for her to express those traits in ways that would be comfortable for her in a public space.”

Kristina Schake, the daughter of a Pan Am pilot, grew up traveling the world. Her sister Kori was eight years older, so Kristina and Kori were often wandering through cities by themselves. And invariably, they would land in art galleries and museums, roaming through some of the world’s great collections of paintings and sculptures. “Her fascination with art is the key to why she is so great at her work,” Kori Schake tells me. “She is incredibly good at seeing patterns on big canvases. She has a love for looking at art and understanding how it reflects underlying culture.”

Kori—a scholar at Stanford University’s Hoover Institution—is a Republican who served with George W. Bush’s National Security Council and later as foreign policy and defense adviser to GOP presidential candidate John McCain. But that hasn’t stopped her from being her sister’s biggest fan—offering up what she considers to be the highest compliment available in national politics: “She is a ruthless political operative, and she’d be insulted if I didn’t say anything else.”

When the Schake girls and their brother were growing up in Sonoma, California (with two high school years in Berlin for Kristina), the politics they saw mostly consisted of their mother carrying a placard in favor of a school bond initiative. Kristina was a cheerleader and student council president before heading east to attend Johns Hopkins University.

Back in California after college, her career centered on helping the causes of liberal celebrities, such as actor/director Rob Reiner’s push for a 50-cent cigarette tax to fund early childhood education. Schake also helped Maria Shriver, then California’s first lady, to expand her star-studded women’s conference. She worked with Al Gore’s Live Earth concerts.

And with her public affairs partner, Chad Griffin, now president of the Human Rights Campaign, Kristina Schake fought Proposition 8, the California initiative to ban same-sex marriage. In what was to become a trademark Schake touch, she was able to humanize the gay plaintiffs in a court challenge to Prop. 8 that also brought together the legal dream team of conservative Ted Olson and liberal David Bois. In addition to her passion for gay rights, Schake was involved in a 2004 campaign supporting stem-cell research.

She took on a high-glam corporate job with L’Oreal in 2013, and later took leave in Germany, where she and her uber-patient boyfriend arrived and had to turn around within days when the Clinton camp came calling.

Watch for those Schake fingerprints all over the humanize-Hillary crusade. Clinton launched her campaign in Iowa and New Hampshire traveling in a “Scooby Doo” van named for the 1960s cartoon. Aides insisted it was Clinton’s idea because the van reminded her of the characters’ Mystery Machine.

But I suspect another source.

Read more profiles of the top women behind Hillary Clinton’s campaign operation. Next up: Women behind the GOP candidates.