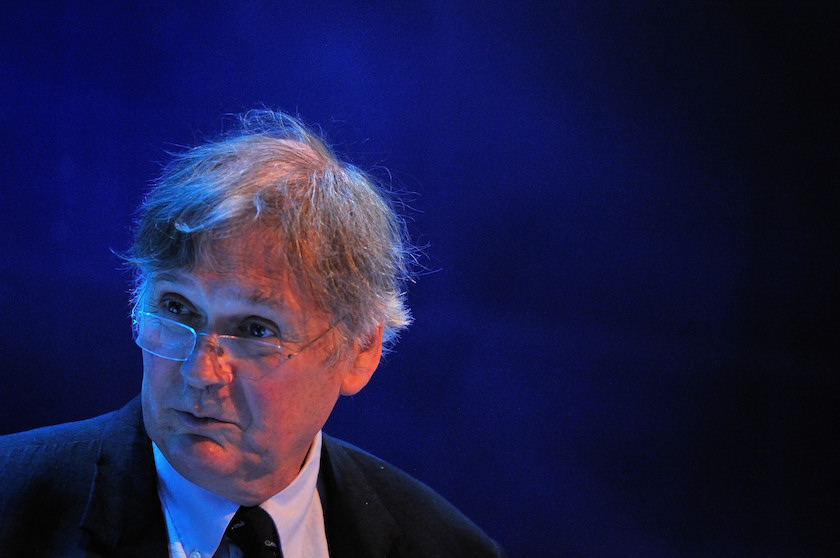 An uproar over a British Nobel laureate’s public comments about women in science forced his resignation Wednesday. But the episode merely demonstrates the deep-seated sexism still pervasive throughout technology, business, and other industries, which may not be dislodged until the men currently running things eventually retire.

Tim Hunt stepped down from his honorary faculty post at University College London after a social media-fueled backlash over his comments at the World Conference of Science Journalists in Seoul, where he said he prefers single-sex laboratories.

My first reaction upon hearing the news is astonishment that high-profile leaders in science and business still say these things—in public, no less. Haven’t they learned anything from former Harvard President Larry Summers? He explained the lack of prominent women in science by blaming our biology, aptitude, and commitment to an intense profession, and then he faced a storm of criticism from the Harvard community and the world at large.

I hope that any keen scientific mind would first look at the decades of sociological and psychological research that find outright and implicit discrimination against women and racial minorities impedes our ability to advance, before one attributes gender imbalance in the field to unproven ideas about innate, immutable differences between the sexes. During my course of earning a physics degree from Harvard College, I could feel the underlying assumption that scientists should be male. I don’t blame my classmates or instructors—we are all products of the society we live in—but I do wonder if I would have continued in the sciences if my gender hadn’t been such an anomaly in the lab. I changed fields for a number of reasons—my broader interests, love of writing, and modest physics GRE scores—but certainly a minor factor was the feeling of being an oddity, as a woman in science.

The fact that people like Hunt still say these things in large, public forums tells me that even worse things likely are said in private, and much more sexism exists inside people’s minds. Indeed, it’s a cruel irony of human psychology that people and organizations who purport a belief in meritocracy are actually shown to be more biased against women. It would cause too much cognitive dissonance for the technologists and scientists whose lives are governed by reason to believe there are irrational, discriminatory forces at work. Instead, they aver that women simply aren’t suited for the hard mental work of scientific inquiry, or that we choose a less ambitious path because we can bear children.

I’d like to single out that last point, because increasingly, polls and research on the youngest generation of adults find that men are just as interested as women in raising families and enjoying whole lives, rather than devoting themselves entirely to a 24/7 career. The always-on expectations of the modern workplace aren’t good for men, women, businesses, or other organizations that increasingly need the best brainpower from their employees, not merely their rear-ends in the chairs for 60 to 80 hours a week. Certainly we need more sustainable models in science just as much as in business, especially if we want to harness the diversity of perspectives, experience, and ideas in the workforce.

These changing attitudes give me some hope. We should find less unspoken bias as the twenty- and thirtysomethings who hold more egalitarian views climb the ranks in laboratories and corporations around the world. Initiatives such as Project Implicit and the work of scholars such as Joan C. Williams to interrupt bias may even change minds before the old guard retires.

In the meantime, I have a solution for Sir Tim Hunt to the problem of women falling in love with him and he with them, and creating drama, and crying: Why don’t you leave the lab, instead?