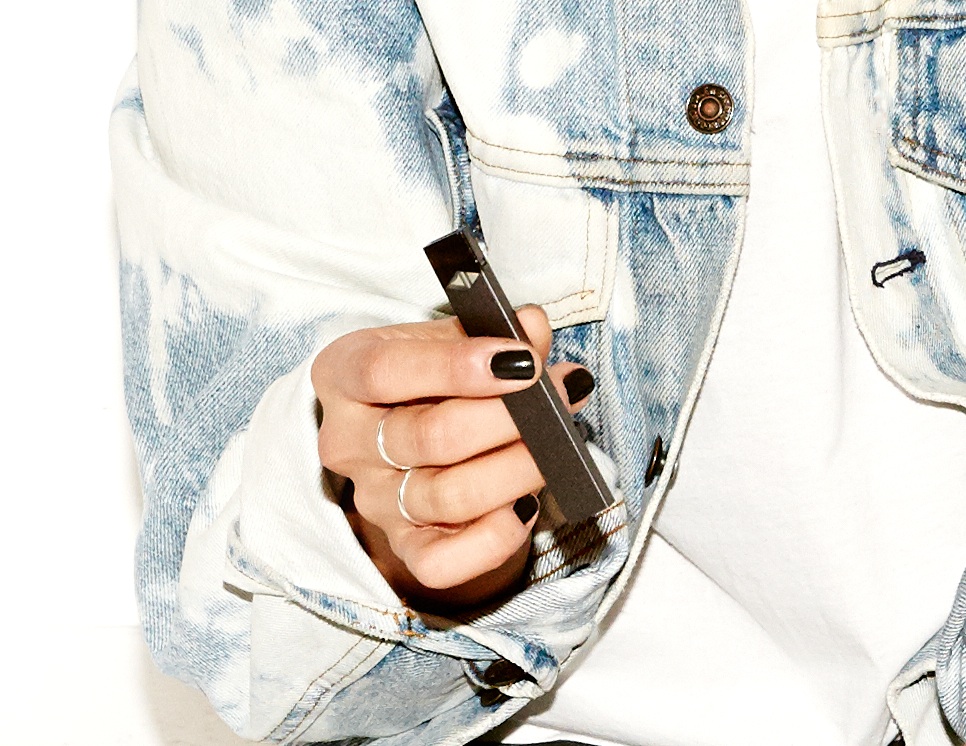 On Wednesday, vaporization technology company Pax Labs announced that it closed a new funding round worth $46.7 million.

The San Francisco-based startup finalized the Series C financing just a week after launching a new product that marks its entry into a large and competitive market: e-cigarettes. With Juul, the company’s new e-cig, Pax is expanding beyond the popular loose-leaf vaporizers that have sold well over the past several years and also gave the company its name.

The funding round was led by existing Pax investors, including Tao Capital Partners and Sand Hill Angels, with participation from Fidelity Investments, Sivia Capital, and a number of individual investors from various industries. The funding will help Pax expand overseas—its products are currently only available in the U.S. and Canada—and also be put toward the development of additional vaporization products in new categories, according a press release issued by Pax.

Last week, Pax Labs co-founders James Monsees and Adam Bowen—the company’s CEO and chief technology officer, respectively—sat in Fortune‘s offices in New York, both puffing away on Juul e-cigs, while they discussed their company’s recent growth, the opportunity to take charge of the e-cigarette market, and other potential applications for Pax’s vaporization technology.

“What the goal has become for us is to make a product that is just so superior to smoking cigarettes that it obsoletes that entire category,” Monsees said. “And we believe that this technology can do that as well as a lot of other things.”

Pax claims that its sales have grown nearly 200% over the past two years, and the company said earlier this year that it had sold more than 500,000 of its namesake vaporizers since the company was founded in 2007 (the company was called Ploom until last year).

Monsees now calls the half a million figure “a pretty significant underestimate” and he said the total sales figures for the vaporizers are “dramatically” higher now, without citing a specific number. Part of Pax’s popularity stems from the fact that its vaporizers — which are marketed as tobacco products — can also be used for marijuana, which allows the company to tap into a rapidly expanding market that saw legal sales grow to $2.7 billion last year, according to investment and research firm the ArcView Group.

The allure of taking a bite out of the e-cig market — which Wells Fargo Securities analyst Bonnie Herzog has said could grow to $3.5 billion this year, up from $2.5 billion in 2014 — sparked the creation of Juul, but Pax CEO and co-founder James Monsees doesn’t view the new product as a major shift in focus for the company. Rather, he thinks of it as a logical next step for a company devoted to exploring the applications of vaporization.

Pax’s CEO says that the company’s vaporization technology helps create the most consistent, most satisfactory e-cig experience available and that Juul can quickly become the market leader, despite the presence of products backed by Big Tobacco (the current leading e-cig sellers are Reynolds American’s Vuse and Lorillard’s Blu, according to Reuters). The $50 Juul device uses liquid cartridges that, like other e-cigs, deliver the same amount of nicotine as an entire pack of cigarettes at a comparable price. The difference, the co-founders say, is that Juul’s liquid packs are made with the same nicotine salts found in leaf-based tobacco, which they believe creates an experience more akin to smoking an actual cigarette than other electronic cigarettes can deliver.

“Our focus was just on nailing that experience so that it more closely mimics the real cigarette,” Bowen told Fortune. Juul’s vaporization technology, which relies on precise temperature control, also works to deliver a consistent amount of nicotine from start to finish, while other e-cigs on the market either see nicotine delivery taper off after a few puffs or they manage to deliver a “more consistent, not-so-great experience” due to lower levels of nicotine, Monsees said.

For these reasons, Monsees and Bowen believe rapid growth in the e-cig category — which is expanding as the number of traditional cigarette smokers declines every year — is well within their company’s grasp. Of course, Pax also plans to continue focusing on its loose-leaf vaporization products as well. They released a second-generation version of their namesake vaporizer earlier this year. And the company’s planned expansion overseas would only serve to open the door to even larger markets for all Pax products.

Monsees believes vaporization to be “potentially the best delivery system for at least half of all compounds in existence” and he said Pax’s technology is customizable. That means future devices could have any number of applications, possibly even related to health care. Monsees admits that Pax could feasibly move into the medical device market, but that’s a long way off.

“We take a pretty broad view because we believe that [vaporization] in general has broad applications in a bunch of other industries that are pretty well underserved by existing technologies,” he said.

For the moment, Pax is busy trying to win market share in the e-cigarette business. Though Juul just launched last week, Monsees and Bowen said they are working to keep up with demand at the 10,000 outlets selling the product nationwide. Wednesday’s funding announcement is a step toward expanding the company’s market in the U.S. and overseas, but the co-founders can’t help but look ahead even further, with Monsees promising “years of products in development.”