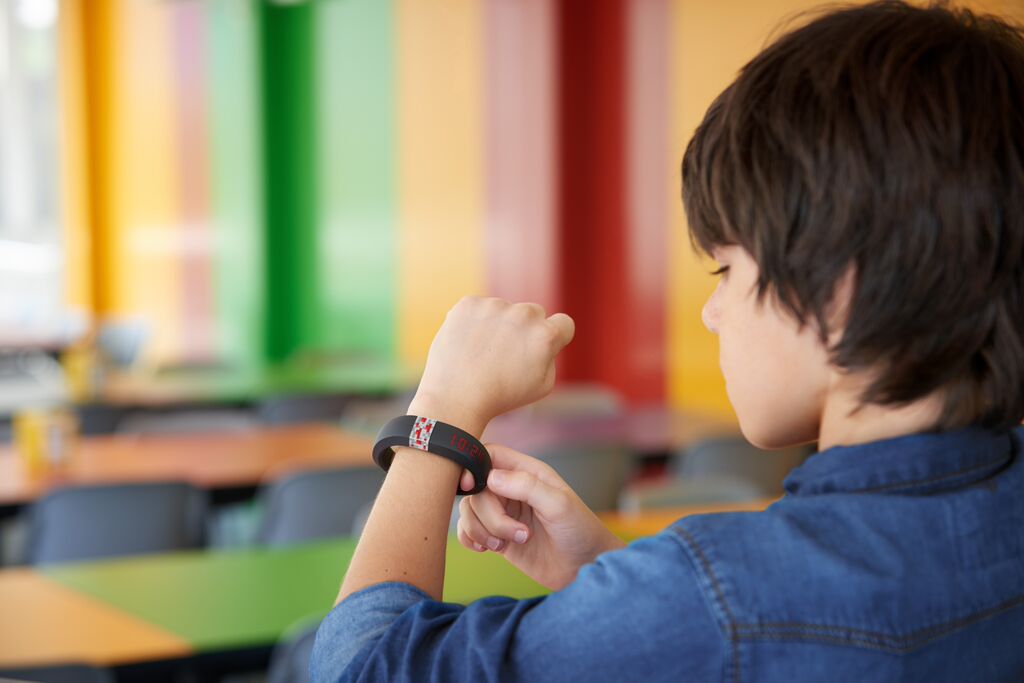 Even if you don’t have kids, the odds are you’ve heard of Minecraft—if only because Microsoft (MSFT) acquired the game’s independent developer Mojang for $2.5 billion last year. Because many people play Minecraft for free, and share it with friends, there are more than 100 million registered users who have played the open world brick-building game since it launched in open beta in 2009.

According to research firm IDTechEx, the wearable electronics market will grow from $20 billion in 2015 to nearly $70 billion by 2025. But companies like Apple, Samsung, Nike, Garmin, and Fitbit are targeting adults, or at least an older demographic than Gameband. Gameband is the first wearable specificially aimed at a younger demographic.

Gerard Alquézar Artieda, chief geek (his official title) at Now Computing, says Gameband’s “sweet spot” is between the ages of 8 and 12 with a 70/30 male to female split in buyers. He adds Gameband appeals to the 6- to 12-year-olds that are just starting to play Minecraft in single player mode. Former Mojang CEO Carl Manneh previously said the Minecraft audience had grown from 25- to 35-year-old males at launch to users as young as four and as old as 98, with a significant concentration of males 10 to 15 years of age.

“We believe Gameband is a new category, and as such there are not a lot of direct comparisons for what we are doing,” Artieda says. “Gameband lets you take your entire gaming experience anywhere, wearing it on your wrist and being able to access it on any computer.”

The $80 Gameband allows gamers who play PC, Mac, and Linux versions of the game to save worlds on their wrist with a back-up stored on the cloud. After the first year, users will be charged a $10 annual fee for cloud storage.

The closest technology to Gameband is Razer’s NabuX smartband, but even that skews older and has been developed as a gaming social platform. The appeal for Gameband is Minecraft, itself, which has shown no signs of slowdown with its dedicated and growing worldwide fan base. According to Newzoo, Minecraft has sold over 54 million copies worldwide across multiple platforms.

Now Computing spent 18 months working with Mojang on Gameband, beginning this project before Microsoft came calling with its checkbook. From the outset, Artieda says the objective was to create a product that enhances the gaming experience for Minecraft players. The idea of neatly managing the entire gaming experience in Gameband came from the player community. The future of this device, and a brand new audience for wearables, now rests in this dedicated fan base’s hands, or on its wrists.