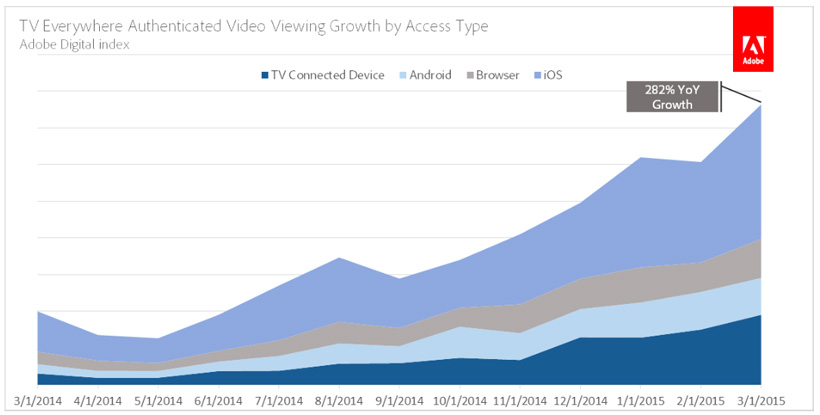 Anticipating that streaming TV would be big news next Monday at WWDC, Adobe launched what it claims is the most comprehensive study of the new way to watch TV, drawn from half a trillion website visits, 200 billion online video starts and 2.8 billion TV authentications.

They may have jumped the gun. The latest press reports have Apple pushing back the release of both its new Apple TV set-top box and a rumored Apple streaming TV service.

But Adobe’s findings, issued Thursday morning, are a revelation. They show a market that has nearly tripled over the last year and is already dominated by Apple devices. Among the highlights:

“Apple zealots are digital video zealots,” says Tamara Gaffney, principal analyst with Adobe Digital Index. “One way or another, we may see Apple TV as a critical turning point.”

Below: A pie chart that bears closer scrutiny. It shows some dramatic shifts in TV viewing habits in just one quarter.