Is this the future of shopping for a house? 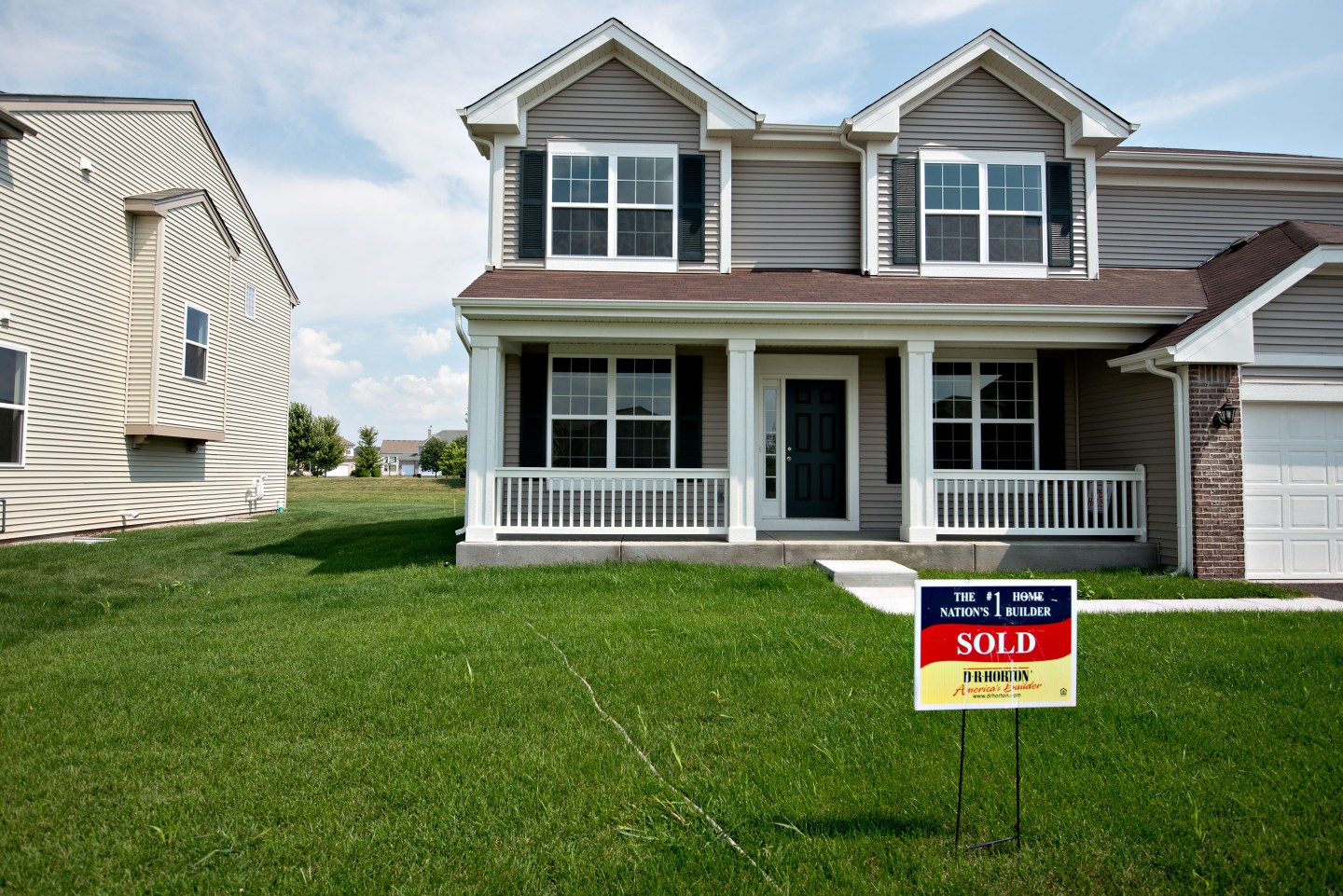 Imagine selling your house almost as soon as you decide to list it, and for a fair price. Now flip that around: Envision finding and purchasing a new house using only the smartphone in your pocket.

It all could soon become commonplace thanks to a San Francisco-based startup named Opendoor. The company, which was founded by former Square COO Keith Rabois, Ian Wong, JD Ross, and Movity founder Eric Wu, sees an opportunity to reduce the time and capital required to sell or buy a home.

Traditionally homeowners must list and show their home, then wait for (and negotiate) a satisfactory price. Only after that’s complete can they proceed with the purchase of a new home, since their money is tied up in the first house.

Opendoor speeds up that process by purchasing the home directly from the seller (thanks to a credit line from an undisclosed financial institution) and taking on the task of selling it. The startup built its own price models and algorithms, which mine public and private data to generate a fair offer price within minutes of the seller’s online submission. In return, Opendoor charges the seller a fee—about 2-4% more than they would pay a traditional real estate broker.

“They were so great to work with, more than any other company I’ve ever bought and sold with,” says Linda Walden, who recently used Opendoor to purchase a home in Phoenix.

On Tuesday, the company launched its service for home buyers, which allows them to browse house listings and use them to arrange a site visit and, if desired, make an offer. (It launched its seller-side service in Phoenix in December.)

Opendoor’s services are notable because they focus on two problem spots for home-buying: Deferred maintenance and inspection. Fixing up wear and tear is often challenging for home sellers because they don’t have the cash up front, Wu says. Buyers aren’t usually open to taking it on either. To help with that, Opendoor takes care of inspecting, designing, and fully fixing up the house before listing it.

Walden said she was pleasantly surprised at the quality of renovations and updates the company had done by the time she visited the 15-year-old house she eventually bought through the service. (Walden happens to be a licensed broker in her area and is especially familiar with the economics of home renovation.) She added that since the company didn’t make any unnecessary high-end upgrades, she found the final listing price to be quite fair, and she and her husband offered and paid the full asking price.

Opendoor is not, however, in the business of “flipping” homes—purchasing a cheap house and selling it for a profit after making major renovations. Walden said she found Opendoor’s quality of renovations and service much more trustworthy than some of the flipped houses she has encountered during her career. “This came through with flying colors,” she said.

As for the other home buyer pain point—visiting the property—Opendoor says it designed a simple, secure way for potential buyers to get a look in person. When a home shopper shows up to the property (listing addresses are provided), they need only follow instructions on the door and use their mobile phone to receive an access code via text message. Once inside, they are free to take their time without the added pressure from a realtor or home owner, Opendoor says. (The company monitors activity using Dropcam security cameras it installs in the homes.)

“Ninety-plus percent of home searches start online, but it’s still pretty painful to view a home,” Wu said. The company hasn’t tracked yet data on how many homes customers view before making an offer, but it’s likely an easier and more flexible experience than the hassle of coordinating appointments with various parties.

Opendoor’s site also lets buyers digitally manage the paperwork, including tools for electronic signatures and easily passing off documents to all parties involves.

Though Wu hopes that everyone will eventually buy a home through his service someday, Walden isn’t particularly worried about his company putting her and other real estate agents out of business. In theory, Opendoor could completely cut agents out of a transaction—a seller could list a house through its service and a buyer could find it the same way. But in most cases only one party will use Opendoor, Walden explained.

Time will tell. In the meantime, Opendoor plans to expand to two additional markets by the end of the summer or early fall, Wu said, adding that its home region, the San Francisco Bay Area, won’t be on Opendoor’s map for a while because of its particular market dynamics. The company was founded in 2014 and has raised $30 million in funding to date from GGV Capital, SherpaVentures, Khosla Ventures, Aaron Levie, and Max Levchin, among others.