How I tracked down those elusive, trophy craft beer “whales” 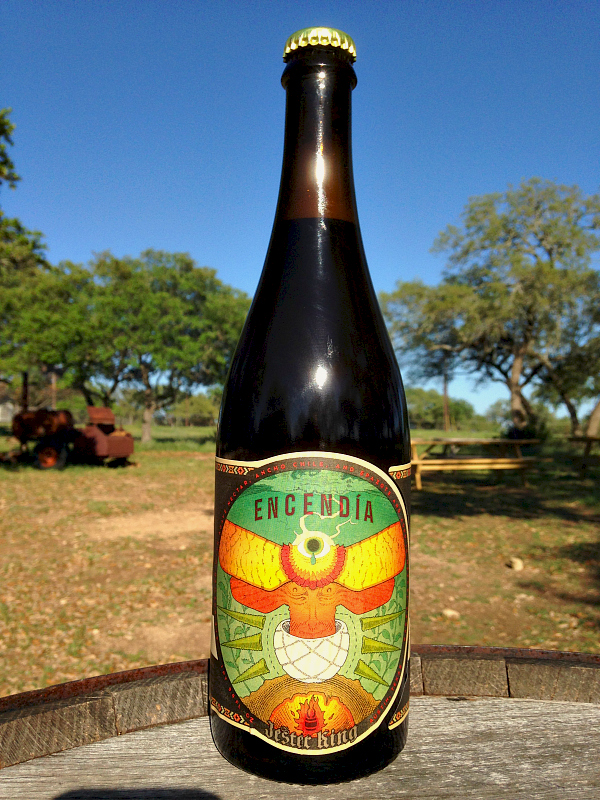 I bagged my first trophy beer completely by accident. It was Westbrook Brewing Company’s Mexican Cake – an annual release that has historically seen people flock from out of state to line up hours before the Charleston, SC brewery opens. This year, seemingly in an effort to avoid that sort of mayhem, the company released the beer with no fanfare, catching many fans off guard.

While some (well, many actually) raged in the online forums – and others shouted triumphantly about finding it in their city – I happened to notice a small sign at my local Total Wine store, acknowledging they had a small amount in stock – one bottle per customer. I grabbed it quickly – with no wait. Less than an hour later, the store had sold out.

Trophy beers – more commonly referred to as craft beer whales – are a bit different than heavily sought, but regional brews, like Heady Topper and pseudoSue. Those sorts of beers are made throughout the year, but quickly sell out due to their reputation. Whales – which include 3 Floyd’s Dark Lord and Founders Canadian Breakfast Stout – are extraordinarily limited releases, typically available just once a year, often only at the brewery.

For some craft beer fans, they’re a chance to try something unique that’s virtually guaranteed to be terrific. For others, the joy is in the bragging rights that come with getting your hands on one. And for some, it’s a chance to trade for other whales (or any beers) they don’t have access to.

“That … desire to get to try a killer beer you have heard about but haven’t had I totally get,” says Joey Redner, founder and CEO of Cigar City Brewery, whose Hunaphu Imperial Stout is one of the most sought after whales out there. “The side I don’t like as much is the craziness that some people will go through to get the coveted beers. … Most people don’t want to pay say $50 for a beer no matter how damn good they think it is. But there are always a small percentage who will pay $50 or even much more, even if only once, just to check that beer off the list. So the rest of the beer buying public sometimes has to compete against buyers that will happily pay or trade far above retail price.”

Cigar City holds an annual release party for the release of Hunaphu, but last year’s event was marred by a rash of people holding counterfeit tickets. When the brewery was forced to shut down distribution, the crowd, many of whom had been waiting for hours, turned ugly – real ugly. Redner was flanked by police as the brewery closed its doors amid angry chants from the crowd.

At first, it seemed the Hunahpu’s Day release party would be gone forever, but six months later, the community convinced Redner to try again. This year’s festival (which carried a $200 admission fee, more stringent verification procedures and a smaller number of tickets) reportedly went smoothly. People who attended took home four bottles – and received several other items, including tasting from over 60 additional breweries.

The intense drive of some beer lovers to land a whale can take some of the fun out of the process, say some brewers. Even when the situation is less extreme than 2014’s Hunahpu’s Day, people who fail to find one of the limited releases can get frustrated – and often complain loudly about it on social media and online forums.

“It’s like a backhanded compliment,” says Morgan Westbrook, co-founder of Westbrook Brewing Co. “It’s very exciting that people are so passionate about getting this beer, but it does make us a little sad to hear people complain when you’re trying to do something nice.”

Not every whale is quite as hard to land, though. Some, you can taste at high-end beer festivals, though you won’t get a bottle to save or trade.

And some breweries, like Austin’s Jester King, are virtual whale factories, opting against having a flagship beer and brewing a wide variety of offerings without any set schedule. That means the bottle you get at the brewery (where 90 percent of all of its sales take place) may quickly become a rare whale. And founder Jeffrey Stuffings has no problem with that.

“Consistency ranks further down the ladder for us,” he says. “No two batches are ever going to be the same.”

Had the opportunity to taste one of the nation’s craft beer whales? Give us your thoughts in the comments below. In the meantime, here are a few thoughts on the few I’ve sampled:

Westbrook Mexican Cake – While there’s an instinct to cellar or save this beer if you get your hands on it, Westbrook suggests you drink it promptly. They’re not kidding. The spice on the nose is wonderful, but the way the habanero pepper evens out the sweetness of the chocolate and vanilla is the real star of the show. It has a spicy finish, but not a painful one, unlike many habanero-flavored beers. Notes of cinnamon accentuate the flavors and both the chocolate and habanero become more pronounced as the beer warms. Even if you’re not a fan of chocolate-intense stouts, this is worth your time. (ABV: 10.5%)

Jester King Snörkel – A true farmhouse ale (Jester King is located on a 200 acre farm outside of Austin, Texas), Snörkel leans a bit closer to a Gose than a traditional Saison. It starts as a farmhouse – as all beers do at the brewery – but is then infused with two kinds of sea salt and oyster mushrooms that are grown down the road by a farmer who uses the brewery’s spent grains. The result is a tangy, smoky, earthy concoction that’s truly unique. (ABV: 4.8%)

Jester King Encendia – There’s plenty of funk with this one, but it’s wonderful on the nose. The taste is incredibly smooth, with a nice mix of agave sweetness and pepper at the finish (though it doesn’t have any heat). You may also pick up some big floral notes and a hint of mango. It’s an incredibly complex beer that has quickly become one of my favorites. (ABV: 11.1%)