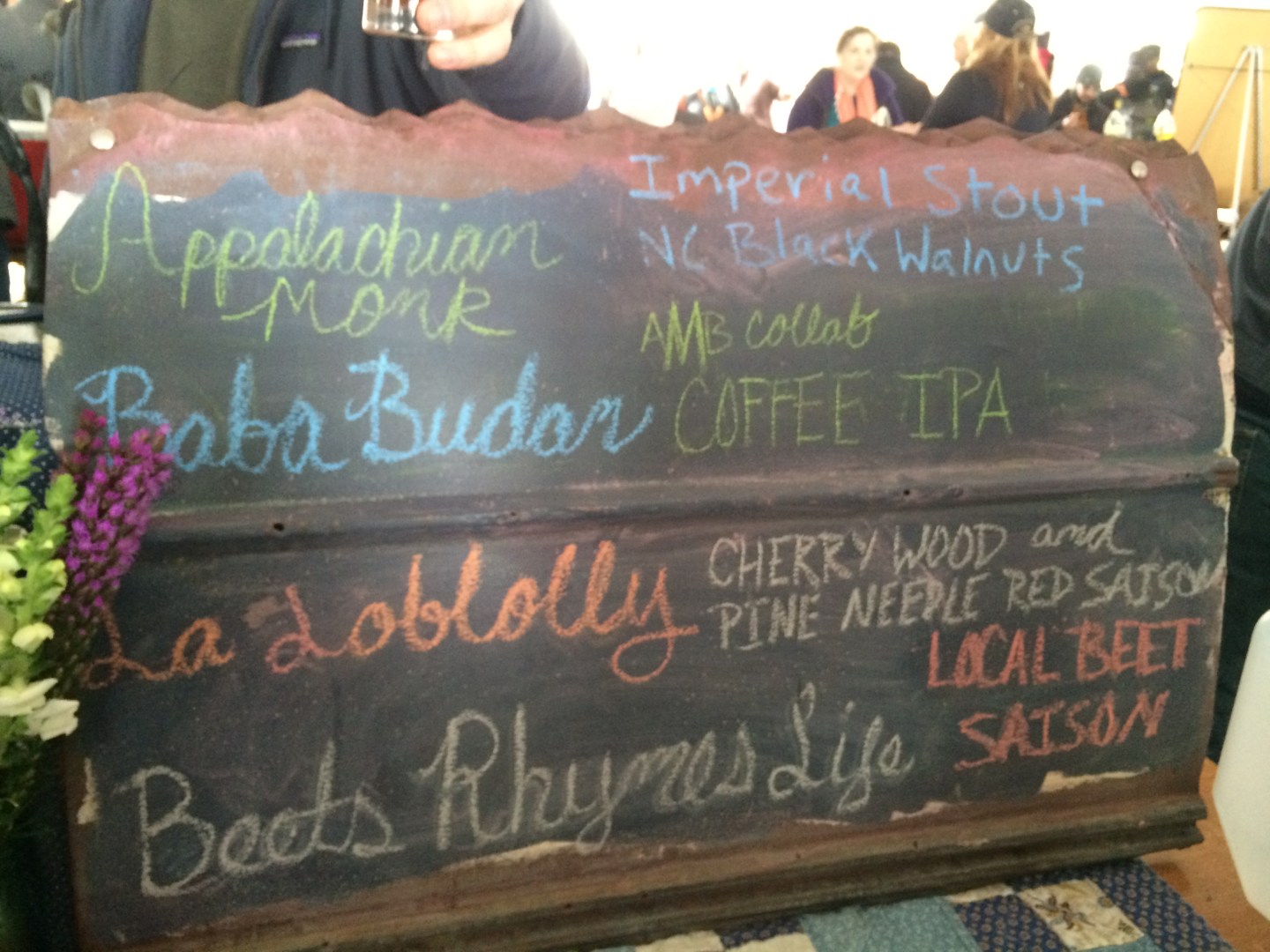 It’s only been around for six years, but Charleston, S.C.’s Brewvival craft beer festival has quickly become a must-attend event for beer lovers and beer brewers around the country – if you can get a ticket.

With over 50 breweries and more than 200 beers on tap, it’s a gathering that has made its mark by offering a bounty of varieties you won’t find at any other festival. Brewvival’s not about simply bringing your standard kegs, you see. It’s a place where brewers typically try something different – and pull out all the stops.

“Everyone brings some really special, rare beer and breweries you never get a chance to taste attend this festival,” says Suzie Ford, co-owner of Charlotte, N.C.-based NoDA Brewing Company, who attended the show as a beer fan, rather than a pouring participant.

To encourage this experimental theme, the hosts – Charleston’s Coast Brewing Company and The Charleston Beer Exchange – pay for the beer being served, rather than asking companies to donate their wares (a rarity among beer festivals). They also limit the number of tickets sold each year to roughly 1,600, so fans who do pay the $75 entrance fee don’t spend the majority of their time waiting in line (and brewers don’t have to constantly apologize for being out of a crowd favorite).

This year’s Brewvival – held Feb. 28 – saw a few themes emerge. As sour beers continue to gain favor among drinkers and brewers, there were several funky concoctions on display. Intensely spicy beers of every varietal were also plentiful, with jalapeños and habaneros among the key ingredients. (Most interesting to me, personally, were the handful of peanut-infused beers.)

While most of these beers won’t make it into bottles or cans – and probably won’t last long at the taprooms of their brewers – Brewvival is a great science lab for beer lovers and could be the birthplace of the next big thing in craft. If you weren’t able to make it last week, here are some of the most interesting beers we tried.

River Rat KP Porter – For me, this was hands down the best of the peanut beers at the festival. Blending the rich taste of unsalted peanuts with the maltiness of a good porter. Beer and peanuts have been long-time allies, and the fusion of the two together in a smooth, not overly carbonated beer was a wonderful thing to behold. (ABV: 6%)

Sixpoint Jalapeño Raspberry Dubbel – A collaboration between Brooklyn’s Sixpoint and Switzerland’s Trois Dames, this tasty Belgian was aged for one year in oak Cabernet Sauvignon barrels, letting the raspberries ferment nicely – giving the beer a very sweet start that ends with just the right amount of heat. (ABV: 6.5%)

Founders Canadian Breakfast Stout – Arguably, the most in-demand beer at the show, the lines for the tapping of this keg stretched across the muddy field. It’s an imperial stout aged in bourbon barrels that were previously used to age Michigan syrup. Regularly ranked as one of the top beers in the world, it was a well-balanced, creamy concoction that incorporates chocolate and coffee. It’s not as sweet as you might expect – and when you let it warm up a bit, it offers an explosive flavor profile. (10.6% ABV)

New Belgium Cocoa Molé – This is truly an event beer. Take a spiced porter, with plenty of cocoa, cinnamon and ancho and chipotle peppers, then randallize it (or, for craft newbies, pass the beer through a chamber that infuses it with the flavors of whatever you happen to have in that chamber). In this case, the Randall was filled with Werther’s caramel candies and woodchips that had been soaked in Fireball Cinnamon Whisky. It made for an explosive, delicious mix with layers upon layers of flavor. (ABV: 9%)

Coast Blackbeerd – This cask-conditioned Imperial stout is made with both organic chocolate and scorpion peppers. It’s a complex brew,that carries a one-two punch of hops and malty flavors at the start with a chocolate finish. The heat comes after you swallow – and while it’s not entirely painless, the quality stout tempers the heat. It’s not something you could likely drink a lot of, but it’s absolutely worth a taste. (ABV: 9.3%)

Fonta Flora Vestige Bloom – This Morganton, NC brewer was a surprise entrant at this year’s Brewvival (as was Tampa’s Cigar City) and it came loaded with some wildly original products. Vestige Bloom is a sour beer made with kiwis, giving it a great balance of sweetness. Among the brewer’s other hits were a saison that incorporated beets (which works so much better than it sounds) and Appalachian Monk, an Imperial Stout made with black walnuts. (ABV: unknown)

Holy City Ville Moyenne – I’m a sucker for a good saison. This collaboration with Raleigh’s Big Boss Brewing uses roasted cherries, but it isn’t overly sweet. It’s tempered by black rye, giving it a smooth, even taste that leaves you craving more. (ABV: 7.5%)