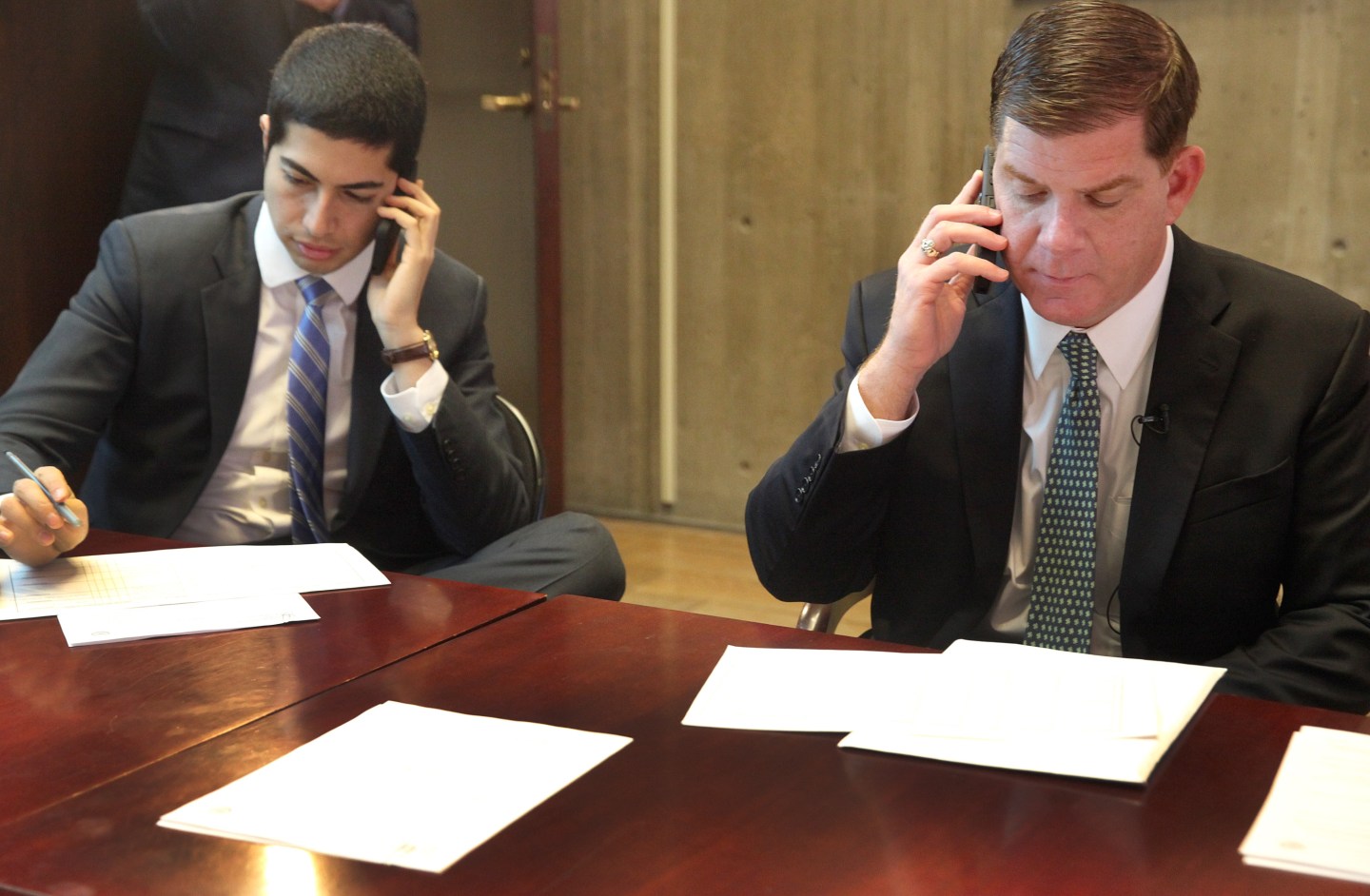 Acquia, which runs a commercial business around open-source Drupal content management technology, moved from Burlington, Mass. to the heart of Boston’s financial district last fall, and finally held its gala grand opening reception Thursday. The space offers lots of natural light, the usual snacks, and the open office plan that is all the fashion for tech companies these days.

The company has snagged about $118 million in 7 rounds of venture funding from North Bridge Venture Partners, New Enterprise Associates, and Amazon.com (AMZN) among others.

Speaking at the grand opening of the space at 53 State St. (aka Exchange Place), Walsh—a politician after all— touted Imagine Boston 2030, which is his plan to build affordable housing; foster open space; and improve mass transit. One goal is to make sure businesses find Boston hospitable, and that at least some of the tens of thousands of college students who graduate from area schools each year can actually afford to stay in the area. Not mentioned was the controversial plan for Boston to host the 2024 Summer Olympics, which Walsh backs.

Companies use Drupal to create and maintain their web sites, marketing collateral and other materials. The company competes with Adobe Systems (ADBE), WordPress and Pantheon, and its customers include Mercedes-Benz, Harvard University, Pearson, Al Jazeera, Red Hat (RHAT)and the National Institutes of Health.

But back to the Mayor: At the event, Walsh reiterated his pledge to add 53,000 new affordable housing units by 2030 and put the word out that tech businesses are more than welcome to set up shop in the hub, and affordable housing and a working transit system are key to that. Given the

horrific performance of the mass transit system last winter, it’s clear the city and state agencies have their work cut out for them to meet these goals.

Still, Walsh focused on the positive:

“You will stay here in this building,” he told the crowd of several hundred Acquia employees, investors, and media. “If you take over enough space you can put your name on the top.”

An Acquia exec pointed out that Walsh’s campaign web site was built on Drupal, which apparently was news to Walsh. “I didn’t know that till just now,” he said.