CEOs say they are willing to change, but their companies aren’t even close 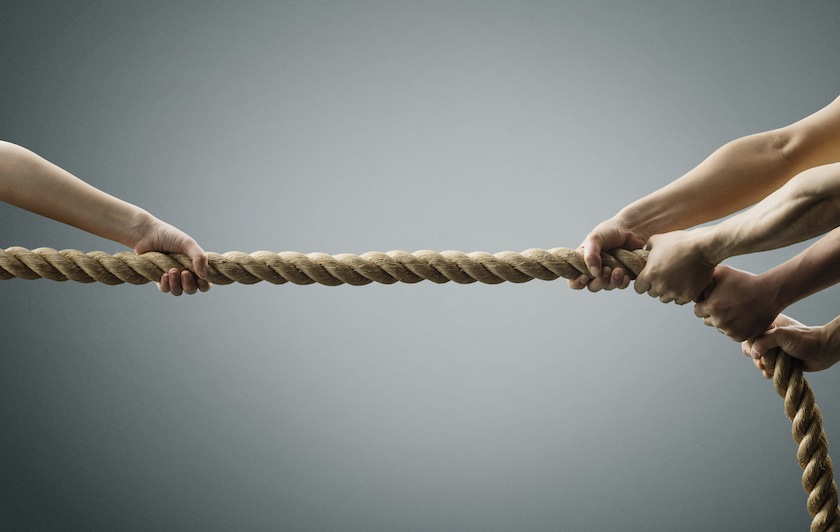 Are those occupying the corner office poised to lead us to a less rigid and more collaborative workplace? There’s cause for hope, based on a new set of statistics derived from more than 13,000 psychometric tests administered to CEOs over the past 15 years.

But the findings, produced by the executive-search and leadership development firm Korn Ferry, also highlight a big disconnect between what’s unfolding in the C-suite and what’s happening in the rest of the organization. How quickly that divide can be bridged—or whether it can be bridged at all—remains to be seen.

In recent weeks, Korn Ferry has begun to roll out a digital platform billed as a “four-dimensional executive assessment.” The tool, known as the KF4D, aims to help companies select the right talent by examining a candidate’s skills, experience, traits (including personality and intellectual capacity), and “drivers”—a measure of “what gets you out of bed in the morning,” explains James Lewis, Korn Ferry’s director of research and analytics.

In predicting whether a person will ultimately be a good fit for a job, the product leans on more than 2.5 million past assessments in Korn Ferry’s databank. I asked Korn Ferry to dip into it and determine whether CEO attitudes have changed in the past 10 to 15 years—and, if so, how.

Compared with corporate chiefs at the end of the 20th century, today’s CEOs appear far better equipped to take on the dynamic, hyper-competitive world in which their companies operate. They are more curious and willing to tackle problems in novel ways. They are more comfortable with ambiguity. And they are more agile learners.

That CEOs have adapted to the times is not surprising. “I’m on my fourth reinvention of myself on the job: 10 years ago, five years ago, three years ago, and today,” Andrew Liveris, the CEO of Dow Chemical, said in a recent interview with McKinsey. “It’s a continual evolution.”

But no CEO can go it alone—and to make the entire workforce as nimble as the person at the top requires giving more autonomy and responsibility to others throughout the organization. Along the way, all sorts of bureaucratic rules and processes need to be ripped out.

By and large, CEOs seem fine with that. Korn Ferry’s figures show that today’s corporate leaders prefer much less structure and formal procedure than their predecessors.

The challenge is to turn this personal inclination into an organizational reality—because, right now, it’s not even close. A study of more than 36,000 employees by advisory services firm LRN found that 97% experience either autocratic and coercive management or, at the least, hierarchical command-and-control.

“It’s not enough for the CEO to believe in these new elevated leadership behaviors,” says Dov Seidman, the founder of LRN and the author of How: Why How We Do Anything Means Everything. “They need to be deliberate in shaping the culture.” Meanwhile, he adds, “the employees are not feeling it.”

Part of the reason for this gap may be that CEOs have come to more fully appreciate the importance of teamwork—but their own actions aren’t completely there yet. Indeed, Korn Ferry has seen a marked jump over the years in CEOs who claim they value collaboration. But a separate Korn Ferry analysis, drawn from a deeper look at how a group of 174 CEOs actually behaved during multi-day business simulations, concluded that they themselves are no more collaborative now than they were a decade ago.

Today’s CEOs also express being less motivated by extrinsic rewards—such as status and high income—than were their predecessors. Yet CEO compensation, much of which is tied to short-term financial metrics, keeps going up and up.

Steve Denning, author of The Leader’s Guide to Radical Management, suggests that this glaring inconsistency undermines the kind of work environment CEOs claim they desire. “Once a firm embraces maximizing shareholder value and the current stock price as its goal, and lavishly compensates top management to that end, the C-suite has little choice but to deploy command-and-control management,” he asserts. “That’s because making money for shareholders and the C-suite is inherently uninspiring to employees. The C-suite must compel employees to obey.”

Of course, even the most sincere CEO can’t expect to instantaneously transform things. Middle managers may not like the idea of distributing authority through the ranks. Every legacy system that needs to be killed off so that an organization can move faster is someone’s baby.

“Employees can … turn out to have opinions that differ from those of the CEO (surprise),” writer and business adviser Christine Bader, who worked for BP from 1999 to 2008, noted recently. “One is reminded of the saying that managing is like standing in a cemetery: lots of people under you, but no one is listening.”

The captain of the ship looks, in many respects, to be pointed in the right direction. But there’s an awful lot of ocean left to cross.