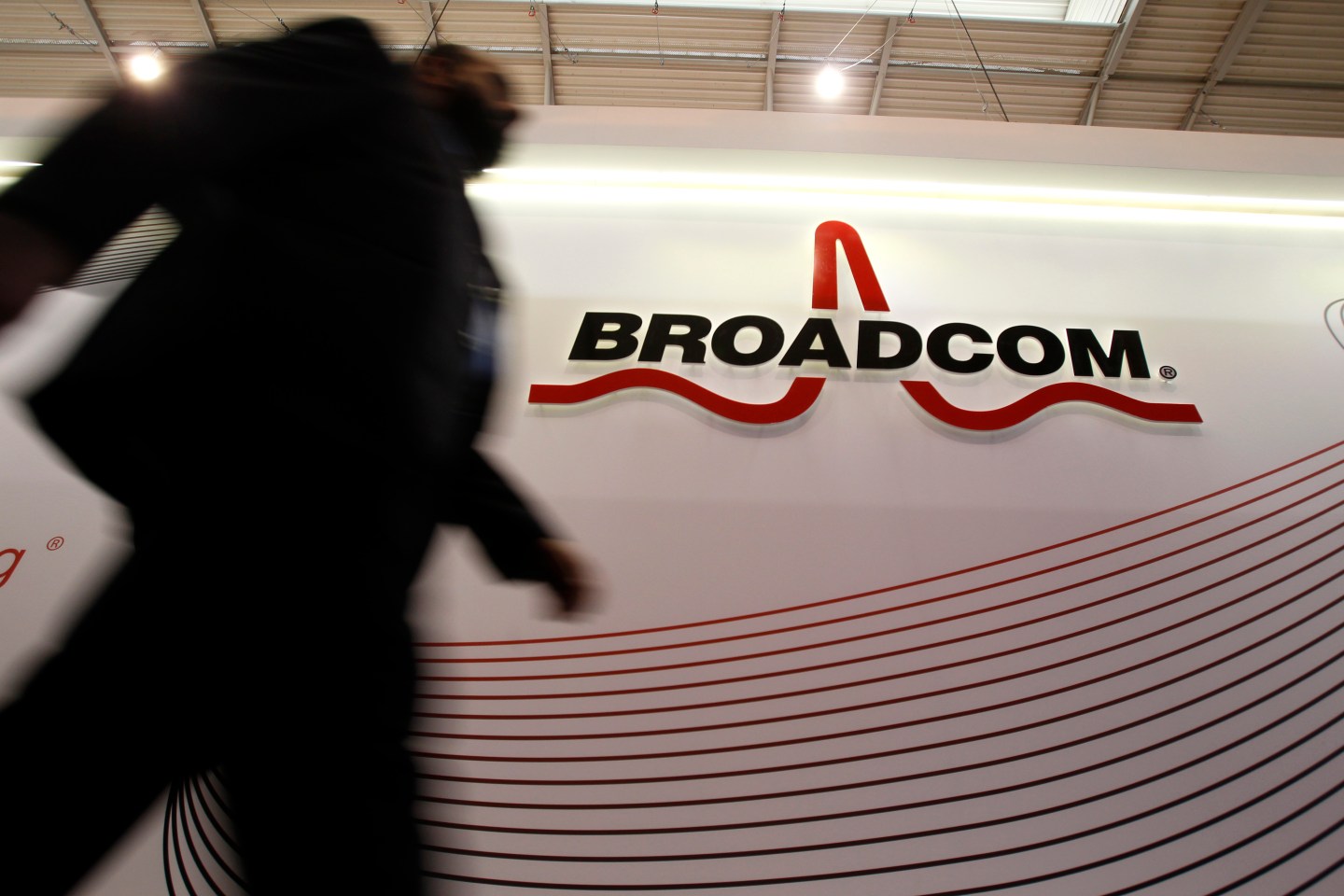 An attendee passes the Broadcom Corp. pavilon on day two of the Mobile World Congress in Barcelona, Spain, on Tuesday, Feb. 25, 2014. Top telecommunication managers will rub shoulders in Barcelona this week at the Mobile World Congress, Monday, Feb. 24 - 27, a traditional venue for showcasing the latest products for dealmaking. Photographer: Angel Navarette/Bloomberg
Photograph by Angel Navarette/Bloomberg

Well, it’s official: Avago Technologies (AVGO) is buying rival chipmaker Broadcom in a cash-and-stock deal worth a whopping $37 billion. Avago is paying $17 billion in cash and the rest in stock, according to a statement. News of the deal first leaked yesterday.

The acquisition, expected to close in the first quarter of 2016, values Broadcom at $54.50 per share in cash—well higher than Broadcom’s $47.06 per share closing price on Tuesday, but below Wednesday’s media-fueled closing price of $57.16.

Broadcom makes radios for cellphones and other consumer devices, plus chips used in networking equipment for the data center. Both of its businesses could compliment Avago’s more industrial and component-level activities. Avago makes analog and mixed-signal chips for automotive, industrial and communications applications. It also makes custom chips known as ASICS that are used in networking.

Avago was created ten years ago when private equity firms Silver Lake and Kohlberg Kravis Roberts & Co. (KKR) bought the Agilent chip business to create a new rollup in the semiconductor market. It has since acquired other companies like LSI, and was also reportedly looking to spend about $10 billion buying another chipmaker like Xilinx, Renesas Electronics or Maxim Integrated Products.