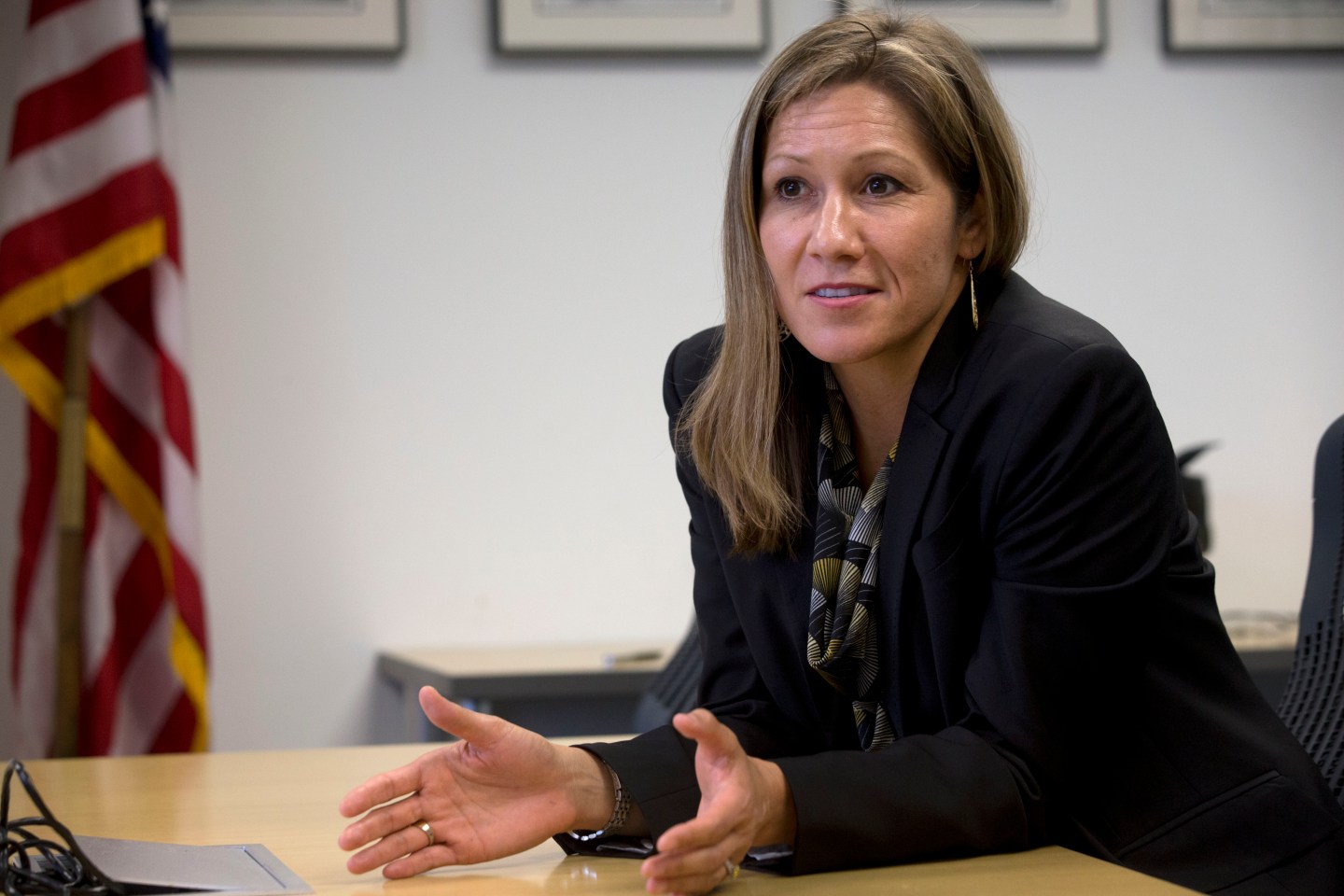 After dinner at the Virginia Governor’s Mansion not long ago, Amanda Renteria excused herself from the table and headed out to the basketball court to shoot hoops—by herself. You wouldn’t know it from her 5’ 5” frame, but this is Renteria’s passion—her way of centering herself, and finding the clarity for big decisions, like uprooting her husband and two young sons from California’s Central Valley to join the Clinton campaign in Brooklyn. On the court, “you can’t think of anything but what you’re doing at that moment,” she says. In fact, she’s such a basketball hound that she even continued her 6 a.m. Friday games with a bunch of guy friends while she was pregnant.

Renteria’s entire life can be described as a cycle of free throws. Her parents began as farmworkers: Her father a Mexican immigrant who founded a small construction firm and her mother a California-born school secretary. The town she grew up in was once a labor camp. As a child, Amanda’s job was to help with rentals, clean the house, get good grades—and become a proficient Mexican dancer.

It was a typical farm-town, Latino upbringing. And then … she got accepted into Stanford. She wasn’t sure she should go; her parents liked the idea of Fresno Pacific University. It was closer to home. When news of her acceptance was broadcast over the school intercom, Renteria, a jock, cringed. But then a teacher she admired put her straight: “This isn’t about you,” he said, “it’s about our community.”

And so she went, almost dropping out when the frightening blur of calculus numbers on a chalk board convinced her she didn’t really belong there after all. She had the chutzpah to walk onto the Stanford basketball team right after they had won the NCAA championships. She got a scholarship for playing softball. And a few years later, she was at Goldman Sachs, learning how to wear a suit, navigate office life and work crazy hours.

Then came Harvard Business School, a year of teaching back home (“I love teaching”) and a dizzying rise through the ranks of Senate staffers to become the first Latina chief of staff during her tenure with Senator Debbie Stabenow (D-MI). Last year, she returned home to make a run for Congress but lost to the Republican incumbent. Renteria would have been the first woman in Congress from the Central Valley—and I sense this won’t be her only attempt. “But, really, it’s not about being the first,” she insists. “It’s about making sure you’re not the last.”

As Clinton’s political director, Renteria’s job is to piece together a range of constituencies—from women and young people to business leaders and union members—who will support the campaign. “We want to build the biggest tent that’s ever been built,” she says.