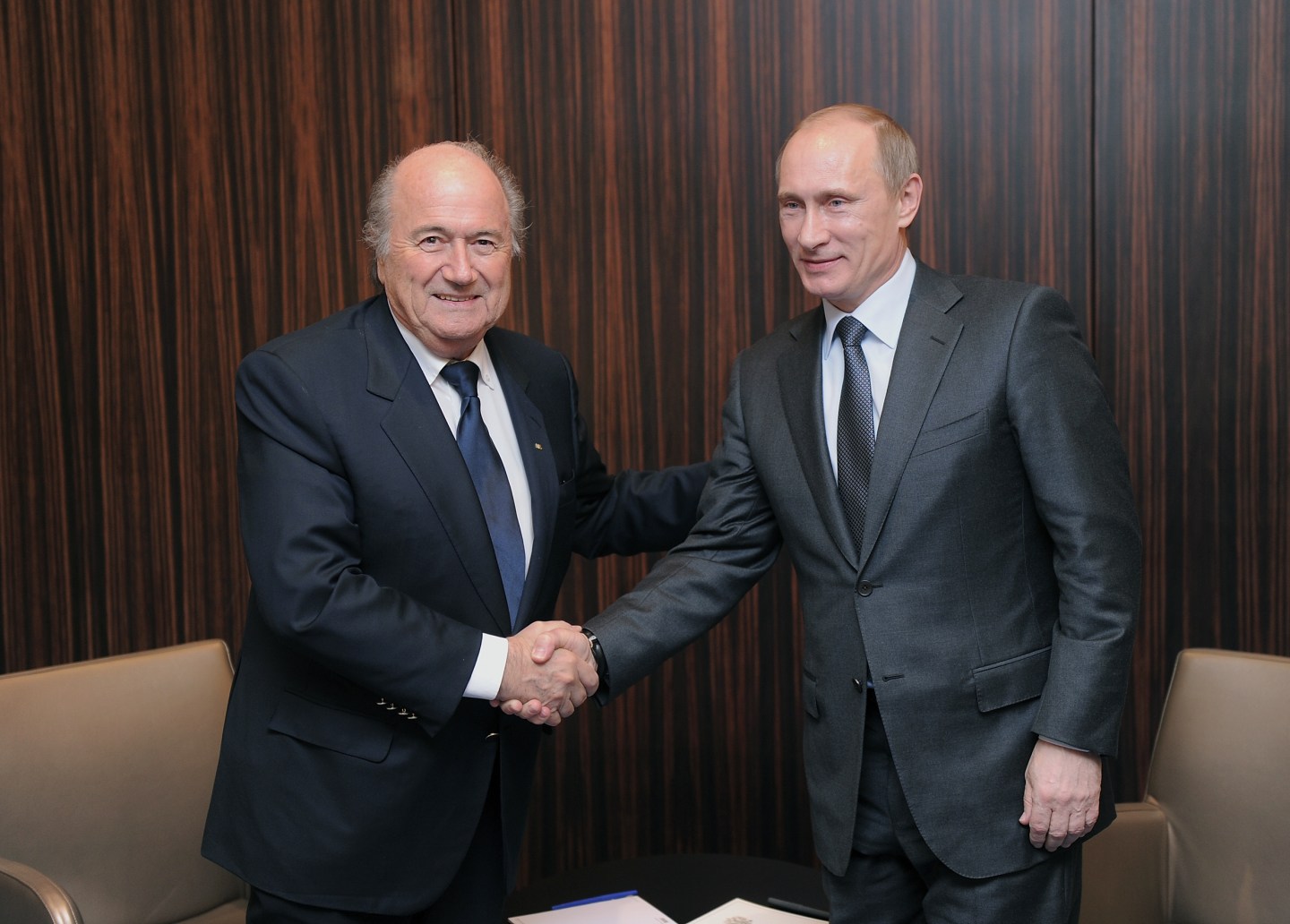 Wall Street stock futures and the dollar are slightly lower Thursday morning, while oil prices are set to open near a new one-month low of $57.39 a barrel.

Today’s must-read story is by Fortune‘s Kirsten Korosec and it looks at the impending battle between tech giants Apple (AAPL) and Google (GOOG) over in-car control systems.

Here’s what you need to know today.

1. Sepp Blatter still has one friend, at least. Spasibo, Vladimir!

Vladimir Putin weighed into the scandal Thursday, blaming a U.S. conspiracy to impose its dominion on the world and springing to the defense of the embattled FIFA President, Sepp Blatter.

The U.S. Labor Department is expected to report a decrease in weekly jobless claims today — a result of the improving labor market. The total number of claims could fall to 270,000 for last week. There were 274,000 filed the previous week.

Google’s I/O developer conference kicks off today as roughly 5,000 developers gather in San Francisco to get updates on the company’s Android mobile platform. Google could also offer some news on the wearable technology front following the beginning of sales for the Apple Watch. Meanwhile, the Connected Conference also begins today in Paris, where various representatives from the tech industry will gather to discuss the future of Internet-of-things (IoT) products.

4. A health check on the Canadian economy

Teen apparel retailer Abercrombie & Fitch (ANF) is expected to report its ninth straight quarter of dipping revenue. The fading company, which has struggled to keep up with some of its trendier rivals, has recently turned to lower prices and increased investment in its outlet locations in an effort to right the ship. Meanwhile, video game retailer GameStop Corporation (GME) will report first-quarter results that are expected to fall short of analysts’ forecasts due to low demand for gaming consoles.