The cost of an MBA in Europe has plummeted, thanks to a strong dollar 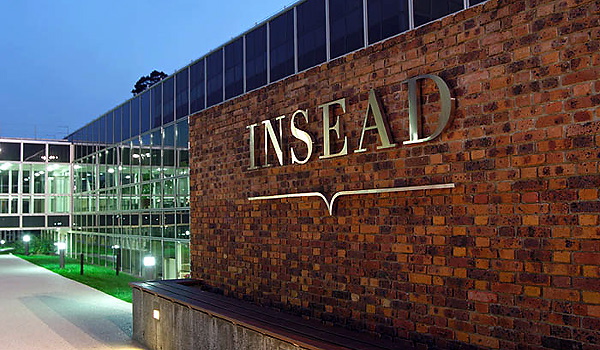 (Poets&Quants) — Add one more upside to the European MBA for U.S. students. Already, MBA programs in Europe offer an advantage to many students in their typical one-year length, cutting tuition along with opportunity costs. And the top European B-schools tend to accept higher percentages of applicants with lower GMAT scores than highly ranked U.S. schools.

Over the past year, the strength of the U.S. dollar versus the euro has drastically discounted the price of a European international MBA, and led, school officials say, to increased interest from American would-be MBAs. The euro has plunged from a high of around 1.4 dollars per euro in May 2014 to 1.1 now, making it 21% cheaper for students who use dollars to pay European MBA tuition.

INSEAD’s current tuition of 65,800 euros costs $71,557 in dollars – but if the euro hadn’t fallen since this time last year, that price would have been $89,488. Of course, the true savings are even greater when you add in the estimated living expenses of 23,800 euros that come with getting an MBA on INSEAD’s Fontainebleau campus in France. That’s $7,140 less expensive than only a year ago.

The price differential is less consequential for U.S. students who enroll at schools in Britain. That’s because the United Kingdom government never adopted the euro and kept its own currency, the pound sterling, which hasn’t suffered as significant a fall against the U.S. dollar in the past year. The price break is less than half in the U.K., at 9.8%. At London Business School, for example, tuition for a student starting in its two-year MBA program this August is 67,750 British pounds, or $103,895. A year ago, it would have cost about $10,000 more, or $113,892. And 10 years ago, the same tuition would have been $123,603.

“What we are already seeing is … that more U.S. people will apply and will come to Europe,” says Filip Roodhooft, research dean and MBA program instructor at Vlerick.

Vlerick’s recent move to Brussels from Leuven likely played a major role in the more than doubling of U.S. applications to the school over the past year, but the dollar’s strength probably played a part, Roodhooft says. Applicants always mention that “this currency effect has an important impact,” Roodhooft says.

There were only three American students in Vlerick’s MBA class of 2014, out of 43 students from 21 countries. But in light of the strong dollar, Vlerick has ratcheted up its U.S. recruiting via aggressive online marketing, Roodhooft says.

While many American students who earn MBAs in Europe continue working there or elsewhere overseas afterward, considerable numbers return to the U.S. From INSEAD’s MBA class of 2013, for example, 36% of 73 U.S. students—about 7% of the class—returned to the U.S. for jobs after graduating, the same proportion as in 2010.

The number of American students at leading European schools varies widely. At the Rotterdam School of Management, there were 10 Americans out of 140 students in the MBA class of 2014.

Students from North America made up 18% of IE’s MBA class of 2014. According to the school’s careers report, 35% of those in the class who obtained jobs went to work in Europe, 28% in Latin America, 12% in Asia, and 12% in North America.

The career paths of HEC Paris’ MBA graduates offer a window into the European job market. Ninety per cent of 2014 MBAs were employed within three months after graduation. Half stayed in Europe. More than half went into industry, with tech companies taking 20% of the employed members of the class. Only 15% went into finance, a drop from the typical 20%, due to the weakness of that sector in Europe. The school’s careers report cites more interest from American firms. “As the U.S. economy continues to improve, we see more and more U.S.-based companies looking to increase recruiting in Europe and beyond,” the report says.

INSEAD administrators have yet to see a rise in applications from U.S. students – but interest is clearly perking up, as indicated by the numbers of Americans attending marketing events in the U.S., says Virginie Fougea, associate admissions director for degree programs. “We’ve seen great attendance … a noticeable change in attendance,” Fougea says.

Fougea notes that for would-be MBAs, it typically takes two years between considering the degree and applying to schools. INSEAD administrators expect they will “most likely” receive increased applications from U.S. students if the currency differential remains or widens, as applicants commit to applying for an MBA.

To be sure, a falling euro alone is not going to make U.S. residents fall all over themselves to get an MBA in Europe. “The Eurozone is also facing some larger scale macro level labor force issues which can make it a difficult environment for international job seekers, MBA or not,” says Bhavik Trivedi, managing partner of Critical Square admissions consulting. “So there’s more to consider than just the length and the money—in-nation trends are pretty important, too.”

In any case, American MBAs who choose to stay in Europe will likely be paid in euros, a potential problem for people considering a return to the U.S. Most top European programs have been reporting fairly stagnant starting salary growth over the past three years. INSEAD graduates, from 2009 to 2013, found starting salary figures up slightly in Germany and France but down steeply in Switzerland. For 2013 grads, the median salary in Germany was 96,000 euros, or about $128,000 at the time. However, that salary, if paid in euros today, would be worth only $104,000. A 2013 INSEAD grad staying in France to work for the median salary of 82,800 euros would have been making $110,000 initially, but, minus any raises, about $90,000 now.

Getting an MBA in Europe makes de facto sense for U.S. residents who want to work in Europe. But a European MBA can propel graduates to other international destinations, points out Jon Frank, CEO of Admissionado admissions consultants. “European schools tend to be more global than U.S. schools, even beyond their obvious strength in Europe,” Frank says. “[People] interested in Singapore, Lagos, Dubai, Hong Kong, etc. could gain a great deal by targeting European schools.”

At the same time, graduation from elite U.S. MBA programs also opens up opportunities all over the world for people who want to work internationally, Frank notes. “This is why we stand behind our simple advice, to go to the best school you can get into,” Frank says.

While top European MBA programs such as INSEAD and HEC Paris are well regarded and have fairly strong alumni networks in the U.S., graduates from U.S. programs have, in general, an edge in the job market over those from European programs, Frank says. “Firms that come recruiting at MBA programs can have a somewhat local bias. This becomes increasingly true as you exit the most elite programs, and enter second-tier and third-tier programs. Local alumni networks are quite powerful.”

And Frank believes that with the bedrock price difference between one-year European MBA degrees and two-year U.S. degrees, currency fluctuations have a relatively limited impact.