Will Carly Fiorina qualify for the Republican debates? The GOP sure hopes so 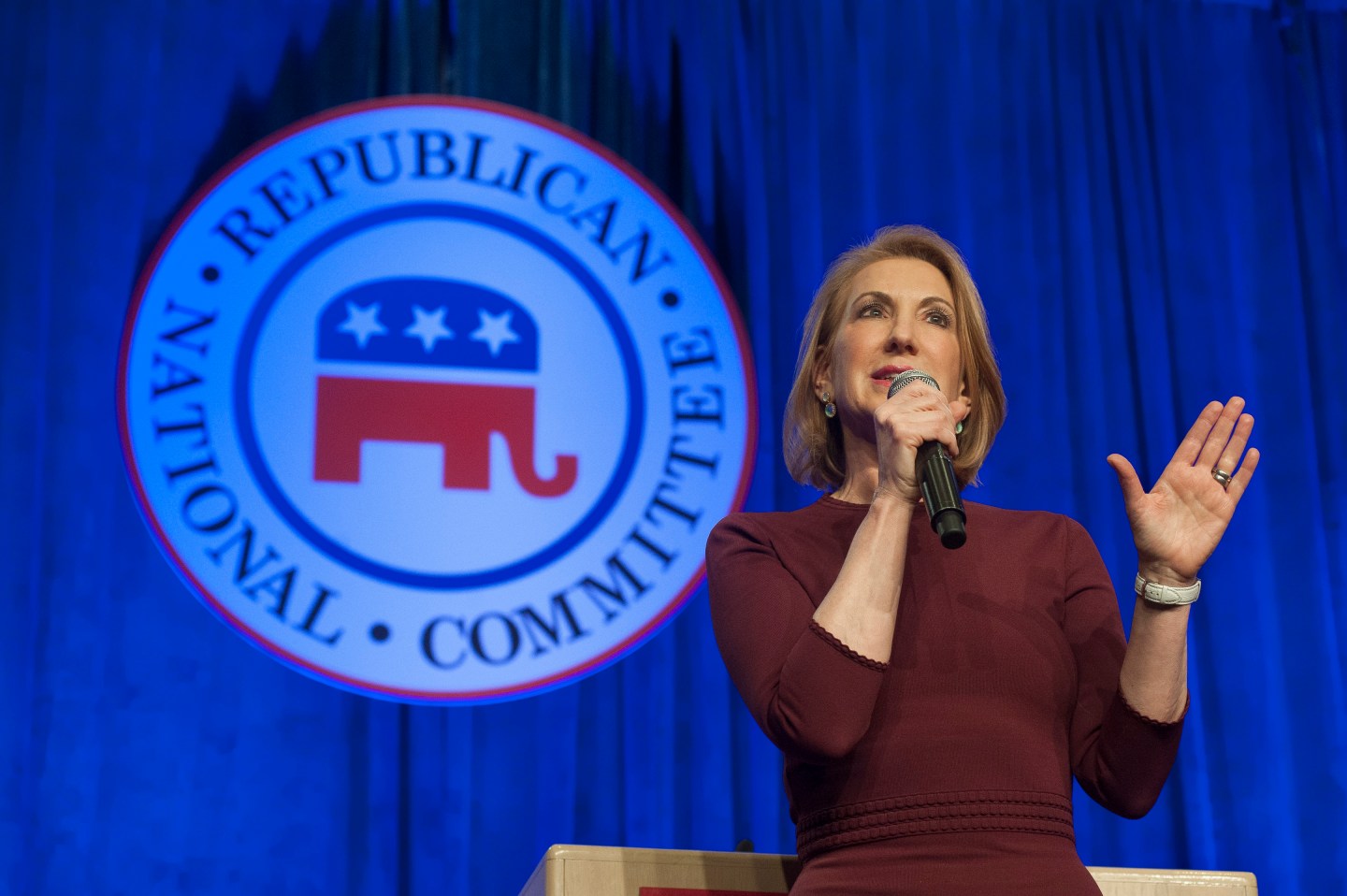 Bad news for the GOP: Guidelines for the season’s first televised Republican presidential primary debate could bar the party’s only female candidate from appearing on stage.

Fox News, which will host the first of several network TV debates on Aug. 6 in Cleveland, said last week that it will limit participation to the top 10 candidates according to an average of five national polls. Currently, Florida Sen. Marco Rubio, Wisconsin Gov. Scott Walker, and former Florida Gov. Jeb Bush lead more than a dozen Republican candidates seeking the nomination. Based on current polling data, Carly Fiorina, former Hewlett-Packard CEO, would not make the cut.

Given that Fiorina has spent much of her campaign making controversial remarks about the Chinese, being mocked for failing to register her internet domain, and facing charges that she didn’t pay her Senate campaign workers, you might think the Republicans would be happy to have her out of the spotlight.

However, no matter what type of campaign Fiorina is running, failing to have her on stage at the debates would be a major blow to the GOP’s efforts to appeal to women and minority voters, political strategists say. “It would be unfortunate for the Republican party’s brand because the party is attempting to reach more women and more African Americans,” said Lara Brown, associate professor at the Graduate School of Political Management at George Washington University. With Fiorina’s candidacy, “they have an opportunity to be seen as more welcoming and diverse than their past party reputation has suggested.”

The GOP have been struggling to make up ground with women. In the 2012 presidential election, President Obama won 56% of the female vote, a 12-percentage-point lead over Republican candidate Mitt Romney. And that gender gap seems to persist; According to Politico, a recent poll of female voters found that women think of the party as “intolerant,” “lacking in compassion” and “stuck in the past.”

What’s more, having a woman at the debates will help the party launch a formidable attack against its real opponent: Hillary Clinton. Fiorina’s candidacy plays a crucial role, Brown says. “As a woman, she’s afforded more opportunities to directly attack Hillary than the other candidates. The Republicans are going to need someone who can take swipes at her campaign. That will become more important as the nomination race shapes up.”

Fiorina’s campaign said it is confident that she will win enough support to rank among the top 10 Republican candidates. Fiorina’s official twitter account, @carlyfiorina, posted this after Fox announced its debate criteria:

Fiorina’s Super Pac, Carly for America, presented a similar message. “The more people learn about Carly and her business, non-profit and personal experience, as well as her ideas to reinvent government, the more they express their desire for her to lead our country,” executive director Steve DeMaura said in a public statement.

The Republican National Committee is allowing the broadcast networks hosting the debates to determine who will participate in order to give the leading candidates enough meaningful air time and limit the crowd on stage. Critics say that Fox News’ policy emphasizes national name recognition over the grass roots efforts that candidates traditionally deploy to win support in key states such as Iowa and New Hampshire. Some also assert that it’s too early in the election cycle to rely on polling data. CNN, which will host the second debate in September at the Reagan Library, said it will host two separate debates, one for top-tier candidates and one for the others.