Why Disney Is Poised to Absolutely Dominate 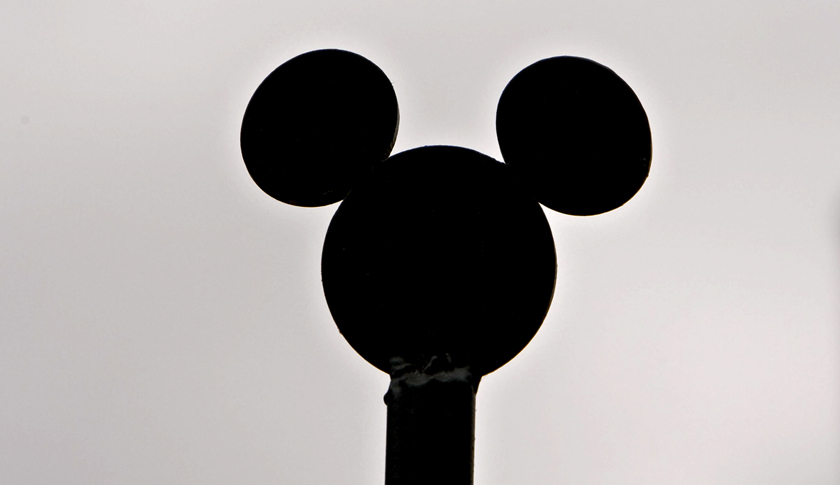 Luke Skywalker. Tony Stark. Elsa and Anna of Arendelle. Captain America. Woody and Buzz. The fictional heroes of family entertainment have never dominated popular culture as much as they have in recent years. And there is one company that is largely responsible for that: Disney.

Founded nearly a century ago, Disney has long-held a firm place in America’s popular imagination, but even within that long history the past decade has been an impressive ride. Since Bob Iger took over as CEO in 2005, Disney’s stock has more than quadrupled while the S&P 500 is up 77%. Most of the gains have come since 2011 as Iger’s early moves began to bear fruit.

And so some Disney shareholders have come to regard Iger with the kind of awe children have for Disney’s franchised superheroes. But in recent months a debate has broken out between bulls and bears over how long the rally can continue.

While no one is doubting Disney’s immediate future, some analysts are concerned about the stock’s heady valuation. Disney is trading at 26 times last fiscal year’s earnings and 22 times its estimated earnings this year. The Dow, by contrast, is trading at 16 times its recent earnings.

Of the 31 analysts covering Disney, 12 of them have a hold rating on the stock – often a rating given when an otherwise healthy stock has grown pricey. It’s not just analysts who are cautious. Goldman Sachs recently calculated that hedge funds have an aggregate $4.5 billion in short interest in Disney, second only to AT&T among US stocks.

The thing is, Disney isn’t just growing, it’s performing so well that it’s surprising even the bulls. In March, one analyst downgraded Disney purely on its valuation,arguing further gains would be limited. But this month, Disney beat Wall Street’s consensus estimate for the fifth time in the last six quarters. Following its last earnings report, seven analysts raised price targets to between $120 and $125 a share. Disney closed Friday at $110 a share.

So while the bears argue that Disney is priced for perfection, bulls counter that the company has enough kindling to keep the bonfire burning for some time, largely because of two things Iger has built over the years: a steady lineup of content that appeals to the masses and an interlacing of Disney divisions that can feed business to each other.

This is especially clear in the film business. In 2006, Disney bought Pixar, an impressive deal given the bad blood that has existed between Steve Jobs and Iger’s predecessor Michael Eisner. Three years later, Disney bought Marvel Entertainment just as it superhero franchises were entering a renaissance. And in 2012, the company bought Lucasfilm just as a new Star Wars trilogy was being planned.

So far in 2015, Disney’s Cinderella has brought in $521 million worldwide and Avengers: Age of Ultron has pulled in $1.2 billion. The company’s Tomorrowland topped the weekend box-office in the U.S., but the movie fell short of expectations in what was the film industry’s lowest-grossing Memorial Day weekend since 2001. But Disney is only getting warmed up: Two Pixar movies, Inside Out and The Good Dinosaur, are coming this year, along with Star Wars: Episode VII – The Force Awakens. The anticipation of Star Wars is especially high–the latest trailer alone has already had more than 200 million views.

Beyond this year, Disney has a Jungle Book remake coming in 2016, along with Captain America 3, Finding Dory and a sequel to 2010’s Alice in Wonderland, which topped $1 billion in receipts. Frozen 2 and Toy Story 4 are in the works. And the Marvel lineup will remain busy, with new Thor and Guardians of the Galaxy films and two Avengers movies expected through 2019.

The relentless parade of blockbuster fare may feel manufactured but, for Disney, they are paying off through multiple revenue streams. Sales of Frozen merchandise in the past six months rose tenfold over the year-ago period, even though the movie was released in 2013. EA is timing a Star Wars: Battlefront game to coincide with the film’s release, and the Playdom gaming studio Disney bought in 2010 is working on Star Wars- and Marvel-themed games as well.

There are also tie-ins for theme parks, like Tomorrowland. Theme parks have become a growth area with operating profit in the unit growing 22% over the past six months. Disney is planning to open a new theme park in Shanghai in 2016, which could add to revenue in coming years.

The one area of potential weakness is in Disney’s largest unit, the media networks business including ESPN and ABC, which saw operating income flat in the last six months while revenue rose 12% in the period. In a call with investors, Disney cited higher programming costs for NFL and college football games as reasons for the flat profit in the division.

While it’s easy to imagine Disney’s growth continuing, it’s also easy to see areas of vulnerability. Audiences moving from broadcast TV and cable subscriptions in an era of on-demand Internet TV could slowly bleed Disney’s media-networks business. Disney has made moves to adapt to a world of over-the-top television, but the transition has started to accelerate this year.

The blockbusters could also become a vulnerability. Critics often chide the lack of originality in Hollywood’s blockbuster machine, and at some point audiences might lose their appetite for a glut of blockbusters. Tomorrowland, for example, drew only $40 million over the weekend, a disappointing take for a film with a $190-million budget. It doesn’t even rank in the top 20 grosses for Memorial Day openers.

For now, investors seem confident in Disney as long as Iger remains at the helm. Last fall, Disney extended Iger’s contract for the second time, pushing his retirement date back until 2018. More than any movie Disney’s studios may have in the works, the sequel investors are most interested in seeing is the success story Iger has brought to Disney shares.