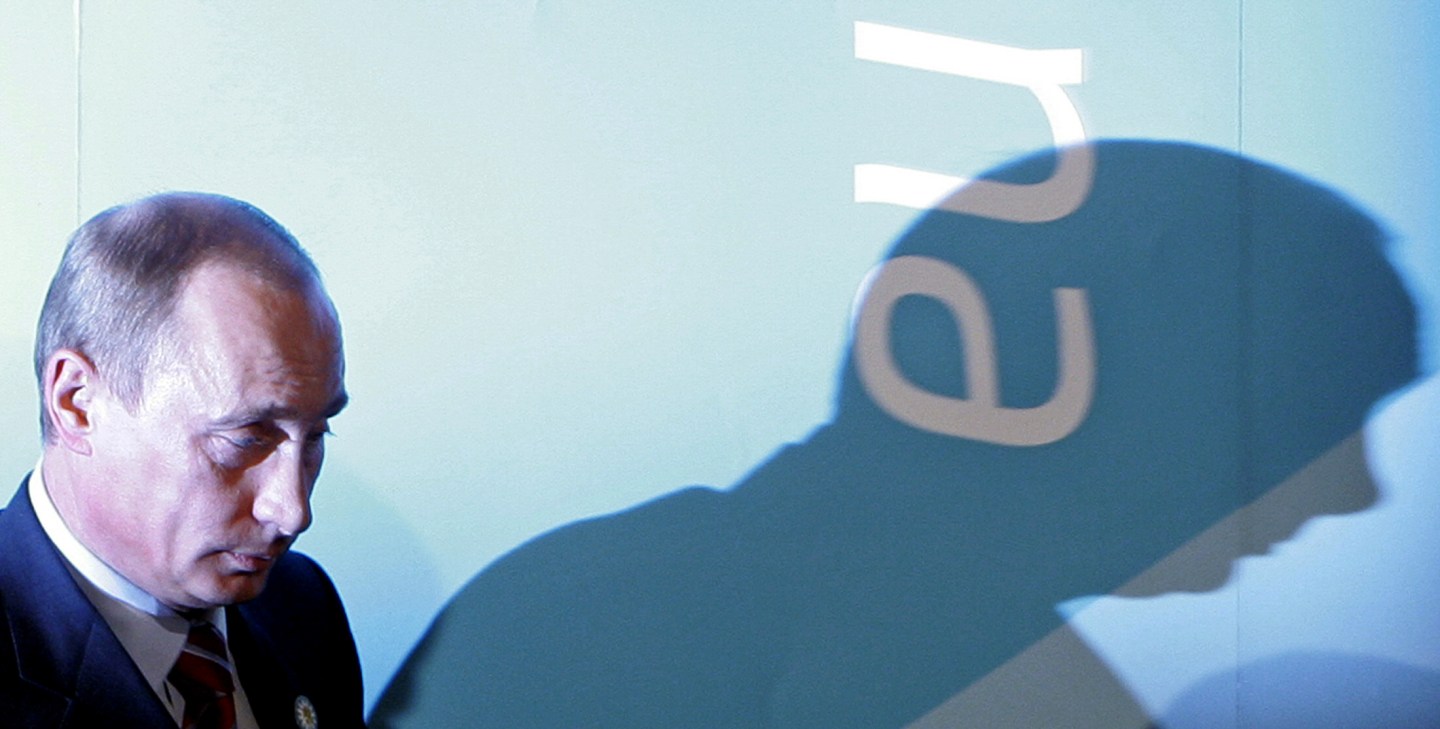 Russian President Vladimir Putin leaves a joint news conference with heads of the EU-Russia and Northen Dimmensions Summits in Helsinki, 24 November 2006. Putin condemned what he said was the use of the death of former Russian spy Alexander Litvinenko for political provocation. (Photo credit should read DENIS SINYAKOV/AFP/Getty Images)
Photograph by Denis Sinyakov — AFP/Getty Images

Russia’s media watchdog has written to Google Inc. (GOOG), Twitter Inc. (TWTR) and Facebook Inc. (FB) warning them against violating Russian Internet laws and a spokesman said they risk being blocked if they don’t comply.

Roskomnadzor said it had sent letters this week to the three U.S.-based Internet firms asking them to comply with Internet laws which critics of President Vladimir Putin have decried as censorship.

“In our letters we regularly remind (companies) of the consequences of violating the legislation,” said Roskomnadzor spokesman Vadim Ampelonsky.

He added that, because of the encryption technology used by the three firms, Russia had no way of blocking specific websites and so could only bring down particular content it deemed in violation of law by blocking access to their whole services.

To comply with the law, the three firms must hand over data on Russian bloggers with more than 3,000 readers per day, and take down websites that Roskomnadzor sees as containing calls for “unsanctioned protests and unrest,” Ampelonsky said.

Putin, a former KGB spy, once described the Internet as a project of the CIA, highlighting deep distrust between Moscow and Washington, whose ties are now badly strained.

He promised late last year not to put the Internet under full government control, but Kremlin critics see the Internet laws as part of a crackdown on freedom of speech since Putin returned to the Kremlin for a third term in 2012.

A law passed last year gives Russian prosecutors the right to block without a court decision websites with information about protests that have not been sanctioned by authorities.

Under other legislation, bloggers with large followings must go through an official registration procedure and have their identities confirmed by a government agency.

In another recent incident illustrating the trend, Paypal last week refused to process transfers to a site raising money to pay for a print run of a report detailing the deaths of over 200 Russian soldiers in Ukraine over the last year. The report was drafted by the slain opposition leader Boris Nemtsov, whose colleagues claim it may have been the reason for his killing.

Facebook says it responds to government data requests about its users that comply with company policies and local laws and meet international standards of legal process.

A company website that publishes statistics on how Facebook handles data requests shows it rejected both of two Russian government requests for information on its users last year. In contrast, it produced some data in response to nearly 80% of over 14,000 requests made by U.S. courts, police and government agencies in the second six months of 2014.

Twitter had a similar response rate in the U.S. but rejected 108 Russian government requests in the second half of last year, according to data on the company’s government Transparency Report site.
[fortune-brightcove videoid=4245563592001]

In its semi-annual Transparency Report, Google said it provided some information on users in response to 5% of 134 Russian government requests made in the second half of 2014 — again far less than in the United States. The company says it complies with requests that follow accepted legal procedures and Google policies.

“We realize they are registered under U.S. jurisdiction. But I think in this case they should demonstrate equal respect to national legislation,” Ampelonsky said.

If the companies do not pay more attention to Russian government requests for data, he added, “we will need to apply sanctions”.