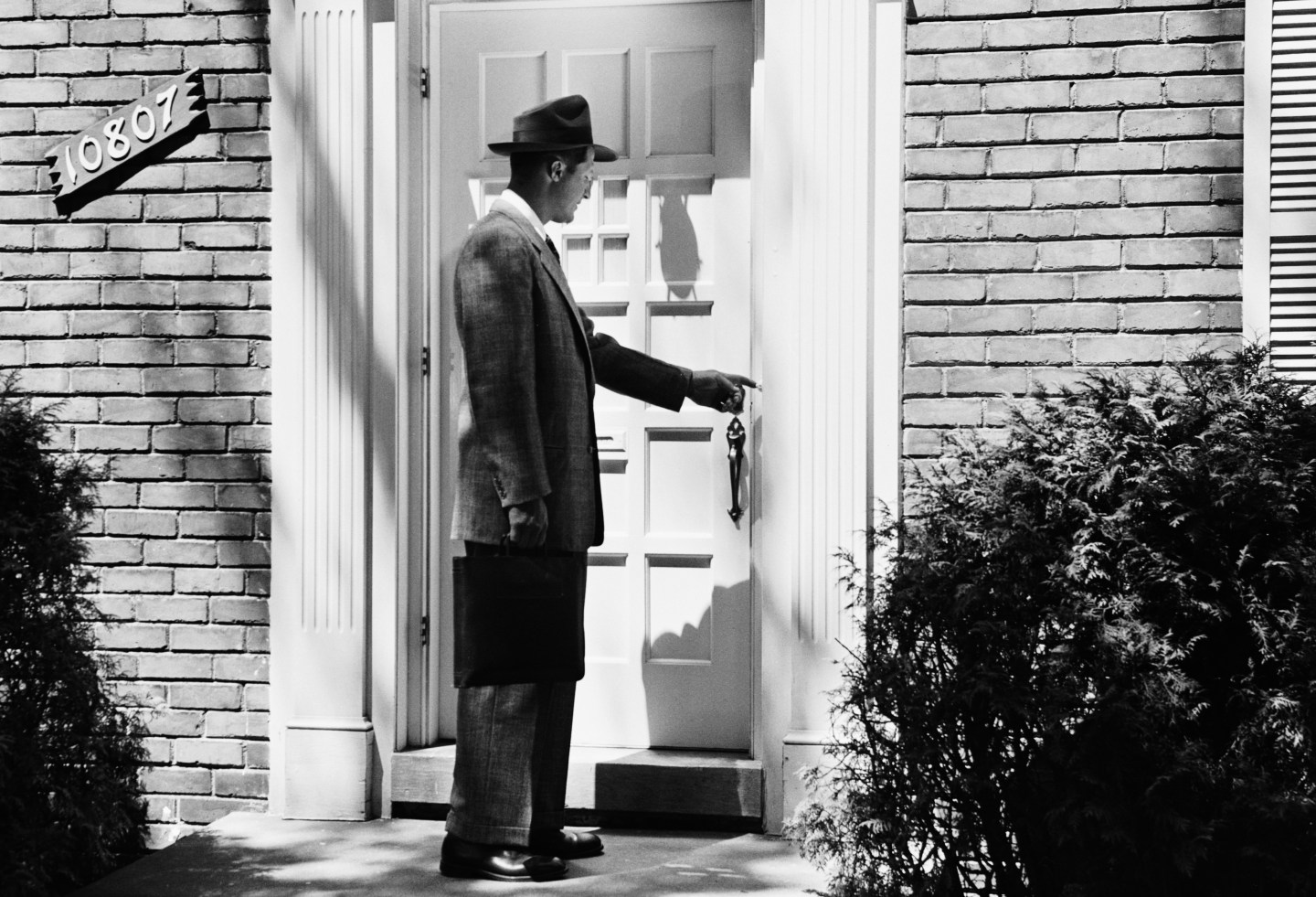 A man ringing the doorbell of a house in 1952.
Photograph by Petrified Collection/Getty Images

Vivint, the home security company, on Tuesday added a connected doorbell to its lineup of home automation and security products. The product lets its customers see who is at the door from their smartphones and respond to the chime with their voice. So when the UPS (UPS) deliveryman rings the doorbell, the consumer receives a notification on her phone, can open the video, and then tell the driver to leave the package on the front step.

Vivint isn’t the only company launching such a product. Earlier this month Ring, a startup, announced that the second generation of its connected doorbell would be available in 434 Best Buy stores around the country, as well as online. This is pretty big news for the three-year-old startup whose initial product had a few glitches in the original reviews. Meanwhile, Ring’s rival in the startup community, Skybell, recently was chosen by Comcast (CMCSA) as one of nine startups participating in the expansion of the cable giant’s Xfinity Home platform and hopes to soon offer an Apple HomeKit-compatible connected doorbell and app.

Finally, Chamberlain, the venerable garage door company has thrown its hat into the ring with an announced connected doorbell product called Notifi that is expected to launch in the third quarter of this year. With the launch of more market-ready, second-generation products from startups, plus the entrance of products from bigger vendors, and the emergence of mainstream distribution channels in Best Buy and Comcast, connected doorbells are poised to become the next “it” gadget of the smart home.

For most consumers, the truly integrated smart home is a distant dream. The practical reality is homeowners pick up one-off devices that perform a specific job such as add intelligence to their thermostat or manage their lawn watering. These devices usually have to add value such as saving a significant amount of money, adding peace of mind, or increasing convenience. Ideally they can add a mix of all three. Fancy design or adding some type of “cool factor” doesn’t hurt. The Nest thermostat, one of the most popular connected devices out there offered three our of four of those items and managed to get bought by Google (GOOG) for $3.2 billion. Dropcam, hit three out of four, and was purchased by Nest for $550 million.

Consumers are adding more connectivity to their homes, via smart thermostats, connected light bulbs and even connected door locks. However, in survey after survey, as well as in my conversations with retailers selling connected devices, the top-selling gear is often security related. For example, one of the most commonly connected device to any smart home hub is a camera. These doorbells in effect add a camera that faces the outside of your home, while keeping the potentially prying eyes of the Internet from your home.

Buyers get the benefit of a view of their front stoop—or lawn even—without connecting a camera inside their home. They also can get a lot of other features that they never had before they connected their doorbell to their smartphone such as being able to pretend like they are at home when they aren’t. Andrew Bell, a co-founder of Skybell told me about a customer that would tell folks who rang her doorbell during the day that she was too busy to come to the door—from her office several miles away. Most also offer a way to silence the doorbell chime from a smartphone, which is a nice feature for anyone who has a napping child or a yappy dog.

Ring, Skybell and the upcoming Notifi all cost $199 (the Ring also offers a $19.95 doorbell chime), which puts the device in the high end for a doorbell, but not out of reach for an gadget-obsessed early adopter looking to experiment with new tech for his or her home. And like the Nest, this is a device that both women and men can appreciate, which should speed up adoption, or at least put it in the range of a good gift item. Given the convenience, security and valuable new features these devices add, I expect the connected doorbell to gain ground in the home in ways the locks and other devices might not. It’s a relatively low-risk purchase, whereas, fears of lock being hacked might put off some buyers. In the case of Ring, the company even replaces a stolen doorbell.

This will be great news for the companies building connected doorbells, but also good news for the industry overall. Because in general once you buy one connected device, you start looking for others. And of course, you also want those others to work with your existing $200 doorbell or $250 thermostat investment. Skybell doesn’t disclose its outside funding amount or its investors, but Ring has raised $5.5 million led by True Ventures.