These American cities have the worst commutes 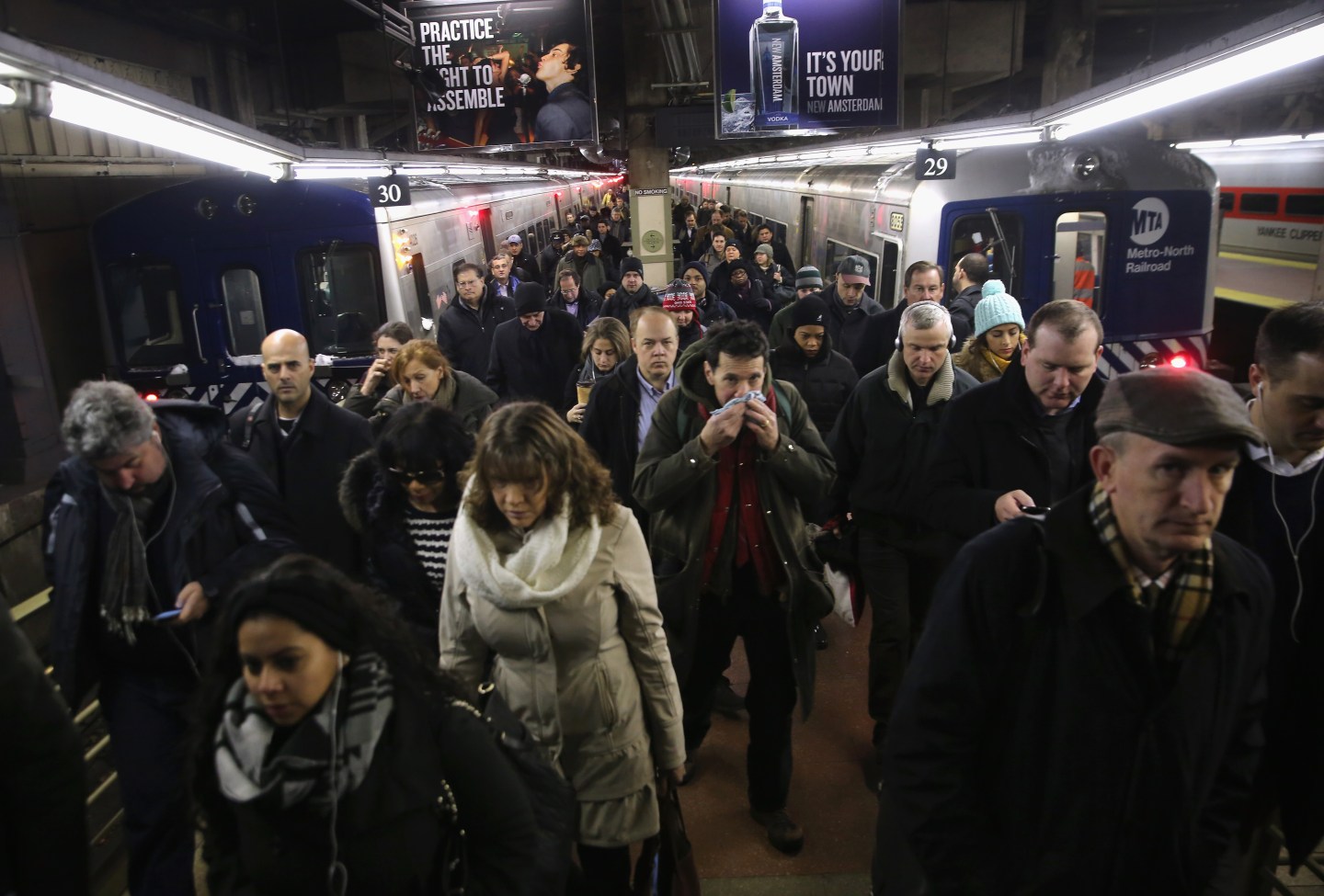 In a world where pollution, climate change, and energy supplies are major problems, you might think that work and workers would be close enough to allow efficient commuting. Not a chance.

According to a newly-released University of Michigan Transportation Research Institute called “Commuting To Work In The 30 Largest U.S. Cities,” city dwellers, whether by choice or by need, still are in love with driving to work. And in cities where they don’t drive, they can spend more time trying to get to work. New York, the city with the longest commute, has the biggest percentage taking mass transit; Oklahoma City has the shortest travel time but the smallest use of public transportation.

Dr. Michael Sivak, a University of Michigan research professor, analyzed Census Bureau data from 2013 for the largest 30 cities to see who (16 years and older) was commuting to work, how they were getting there, and how long it took.

The study considered people actually living in a city, not those commuting in. There was some correlation between population size and commute time, but the number of people wasn’t always a good predictor of how long travel to work would take. For example, Boston wasn’t in the top ten for population, but had the eighth longest intra-city commute. Here are the cities with the longest average commute (in minutes):

The average commute for all large cities studied was 25.8 minutes.

In different cities, people had varying approaches of how they actually got to work. The most popular overall form of transportation, at 76.4%, was driving alone in a car, truck, or van. Even with its traffic and difficulty parking, New York saw 21.4% of commuters driving, and that was the smallest percentage. Fifteen cities had 75% or more of their commuters alone in cars. The top five were Louisville (82.9%), Oklahoma City (82.6%), Jacksonville (81.4%), Indianapolis (81.2%), and Nashville (81.1%). On average, only 9.4 percent of commuters carpooled.

Bicycling was the least popular form of commuting; only 0.6% pedaled. Portland, Oregon topped the list at 5.9%.